Mercedes-Benz has revealed an updated version of the existing SL called the Grand Edition ahead of the planned launch of an all-new eighth-generation model engineered by AMG in 2020.

Set to make its public debut at the upcoming 2019 Geneva motor show, the SL Grand Edition is planned to go on sale in the UK next month. 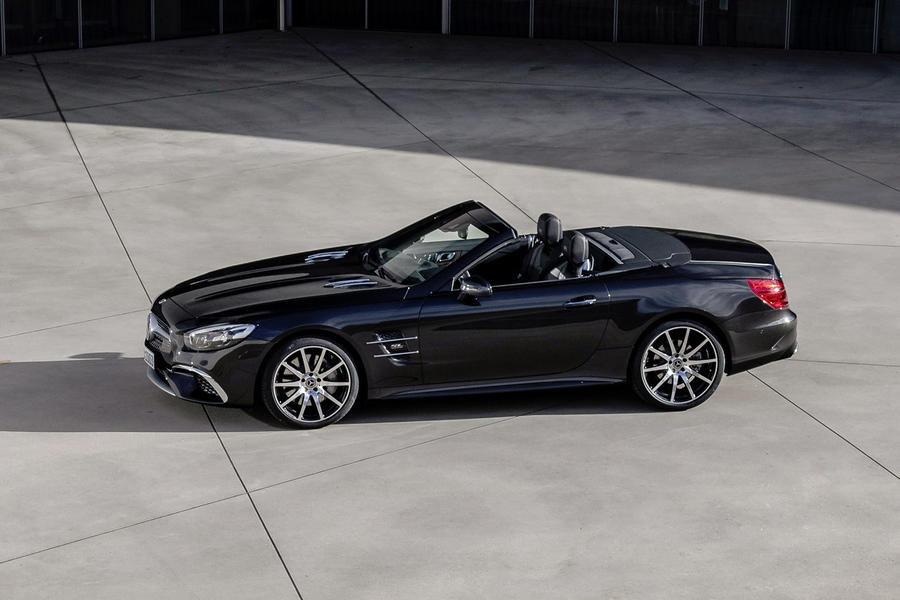 Each model comes in the choice of four metallic colour schemes, including two black tones as well as grey and white.

Also included are standard 19-inch front and 20-inch rear 10-spoke forged alloy wheels in a combination of black and silver as well a sports suspension that lowered the ride height of the upmarket roadster by 10mm. 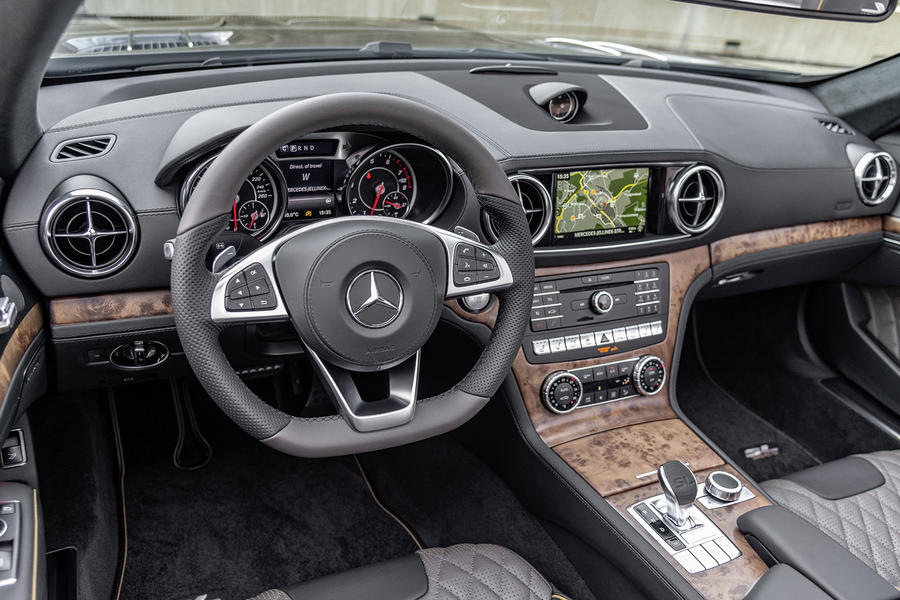 Inside, the SL400 and SL500 Grand Edition models both receive a brown leather interior previously offered as an option among Mercedes-Benz’s high-end Designo label.

Further standard features include the German car maker’s Airscarf seat back mounted neck heater, seats with active side support and an air conditioning function and a so-called Driving Assistance Plus Package with Active Parking Assist.

When compared to other GTs, such as the Ferrari Portofino, Aston Martin DB11 and Maserati GranCabrio (and their predecessors) for example, the Mercedes SL is completely out of its depth and has been for a very long time indeed. On looks and sheer desirability alone it doesn't come close, with this current version of the SL looking nothing more than an awkard and ungainly looking 2 door Mercedes saloon on the outside and a staid and sombre mess on the inside.

"Each model comes in the choice of four metallic colour schemes, including two black tones as well as grey and white."

If I was in the market for a 2 seater I would want a better choice of colours than this.

Is it worth it?

One can't blame Mercedes for trying to shift stock at the end of a model's life – if it's old and outclassed then so be it in the Darwinistic world of car evolution. What might be more interesting is to hear Autocar's view on whether these giveaways like the brown leather trim offer substantive value. Sometimes these end-of-life specials offer good value and sometimes not - or as pointed by another out they force a buyer down a rabbit-hole of buying a limited set of specs. I'm happy to hear this thing exists, I'd be happier still to know what it's relevance, or not, is to a potential buyer.