BACK TO ALL NEWS
Currently reading: Alpina B3 S and B4 S – power boosted to 434bhp in new range-toppers
UP NEXT
Alfa Romeo to revive GTV as an EV in sweeping range renewal

The Alpina B3 S and B4 S Biturbo models have been revealed at Geneva with more powerful 3.0-litre straight-six engines that produce 434bhp and 443lb ft of torque. The B4 S will also be launched at the London motor show next week.

That gives the models 9bhp and 37lb ft more output than BMW’s M3 and M4 models, and enables the B4 S to accelerate from 0-62mph in 4.2sec, with the B3 S taking a tenth longer. Top speed for both models is 190mph.

The extra performance comes thanks to two new Alpina turbochargers and a new high-performance cooling system with an external water cooler and external oil cooler which have grown in capacity by more than 15 % and 35 % respectively. 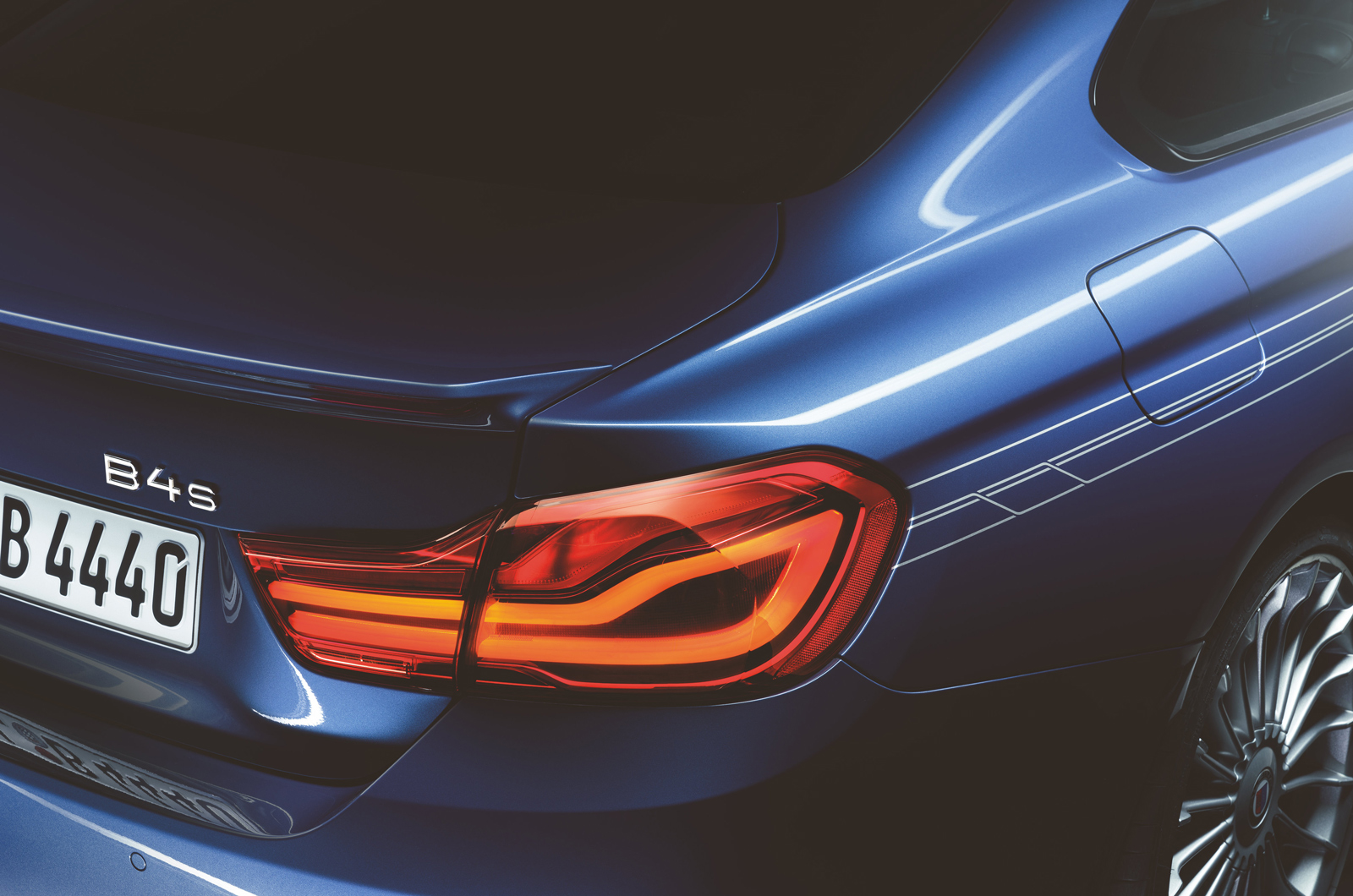 The new system helps torque arrive at 2000rpm; it remains at peak output until 6000rpm. The engine comes mated to a ZF eight-speed automatic gearbox in both variants, and breathes through an Akrapovič stainless steel exhaust system that weighs less than BMW’s equivalent.

The B3 S and B4 S come in rear or all-wheel drive forms. The B3 S is available in saloon and Touring guises; the B4 S comes in coupé or convertible bodystyles.

Alpina is yet to confirm pricing and on-sale dates, but both models are expected to arrive around the middle of 2017.

All-wheel drive Touring for the UK

Having owned a couple of Alpinas in the past I'd love to have another but please, please, please Alpina, will you finally offer the B3/B4 with all-wheel drive in the UK? I know there were engineering reasons previously but if BMW can offer the 3 series with x-drive in RHD why not Alpina? There is a market here (hence Audi S4/RS4, Mercedes C43) - not all of us want an SUV! A well sorted all-wheel drive estate that's fast, comfortable and can handle uneven B roads in all weathers would be perfect.