BACK TO ALL NEWS
Currently reading: Successful BMW pilot takes control of sales process from dealers
UP NEXT
2021 Kia Sportage: reinvented SUV priced from £26,745

BMW could adopt a more digital sales approach after the successful completion of a pilot project by its subsidiary in South Africa. The strategy would mean customers deal directly with BMW when it comes to pricing, purchasing and invoicing.

The recent announcement of Peter van Binsbergen as the incoming boss at BMW SA is likely to mean plans to expand the model to other markets is imminent. Van Binsbergen has already been instrumental in expanding other BMW strategies worldwide, including the Five Star customer rating and Product Genius concepts created by BMW UK.

“Our customers today expect a seamless premium brand experience across all channels, online and offline,” a spokesperson for BMW AG told us. “The best customer experience and thus further digitisation of our sales channels have been the focus of our sales development for many years.”

Outgoing BMW SA managing director and former boss of BMW UK, Tim Abbott, who managed the pilot, told Autocar that now is the perfect time to expand the sales model as the way we buy cars has changed during the Covid-19 pandemic. A spokesperson for BMW UK told Autocar that there are no current plans to make any fundamental changes to its sales model, however. 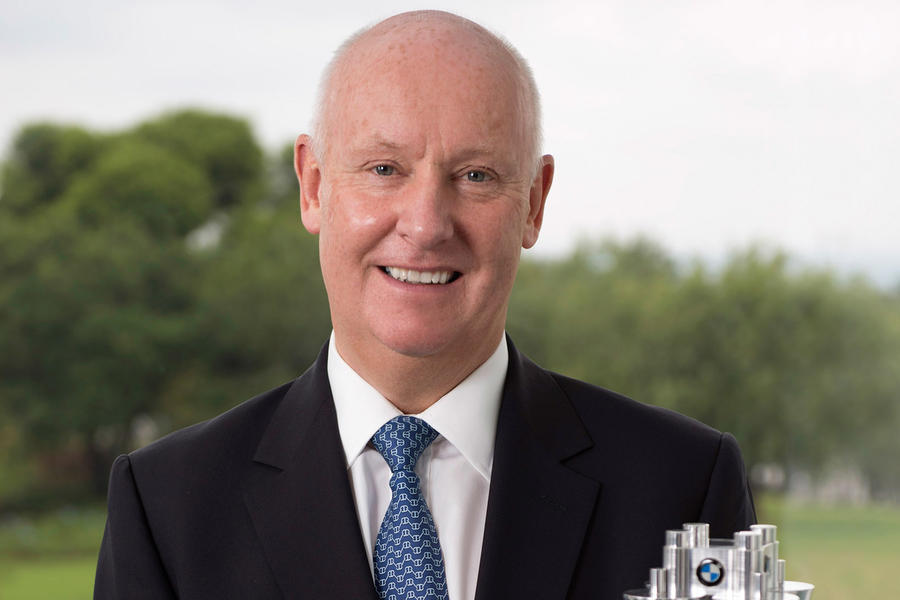 Under the strategy, BMW is directly responsible for the sale, including taking the order for a new vehicle, generating the invoice and receiving the payment. It means the days of haggling over the price at a dealership will be numbered, with BMW setting the price you pay, which will be the same regardless of which dealership a customer uses or whether they buy directly on-line.

“Dealers still have to be what I call product specialists, because people still want to know how Connected Drive works or what's the difference between four-wheel drive and two-wheel drive,” says Abbott. “So what we've seen is that it's more like an Apple store concept where they're more consultants, guiding the customer to a point.”

Is this crucial plug-in hybrid version of the big-selling saloon a true BMW to its core?

“We talked to dealers at length about the new programme and we had to lead and it took a lot of convincing, but today I can honestly say not one of the retailers wants to go back, they do not want to return to the old wholesale model, they love it. And the customer reaction we're getting is exemplary as well.”

BMW is not alone in the decision to begin implementing a direct retail sales model. As Autocar reported in September 2019, Mercedes-Benz adopted the same strategy in a pilot project in Sweden and South Africa.

“We believe these models can future-proof sales and seamlessly connect all contact points for the customer in an increasingly digitised world,” a spokesperson for Daimler AG told us. “Based on the experience gained in Sweden and South Africa, we are considering the introduction of similar distribution models in other markets: Austria and Australia will be the next two markets.”

Whether dealers in markets such as the UK will be willing to accept such fundamental changes remains to be seen, but the National Franchised Dealers Association (NFDA) is confident that showrooms will continue to be key in the relationship with customers.

“We are aware that a number of manufacturers have looked at direct selling models over the past couple of years,” says Sue Robinson, chief executive of the NFDA. “However, there are a number of logistical issues and elements of the sale process that need to be considered, such as finance agreements and part exchanges. The role of franchised dealers remains key in automotive retail”.

Forcing people to pay list price for a BMW? It will kill sales.

Forcing people to pay list price for a BMW? It will kill sales.

Lease providers will still get their bulk discounts so it will push the BMW market into more PCP deals and company car sales instead of direct ownership sales.

“Dealers still have to be

“Dealers still have to be what I call product specialists, because people still want to know how Connected Drive works or what's the difference between four-wheel drive and two-wheel drive,”

In my experience thats where dealers fall down the most. I've never met one yet who knows as much about a particular model as I do, and yet its their job.

“Dealers still have to be what I call product specialists, because people still want to know how Connected Drive works or what's the difference between four-wheel drive and two-wheel drive,”

In my experience thats where dealers fall down the most. I've never met one yet who knows as much about a particular model as I do, and yet its their job.

Glad its not just me! when they only have a relatively small product range, how hard is to to read a 4 page spec. sheet on each model as at least a start!

Since when did an ex employee dictate bmw future sales methods direction. If it were to happen it would just be seen as bmw playing catch up with Tesla, again