BACK TO ALL NEWS
Currently reading: New dynamic cylinder shut-off tech to cut CO2 by up to 15% from 2018
UP NEXT
Official: Ford Bronco 4x4 coming to Europe in 2023

A new and advanced dynamic cylinder deactivation technology that can cut CO2 emissions in petrol engines by up to 15% will make production in 2018.

Developed by parts supplier Delphi and automotive tech company Tula, the cylinder shut-off technology has the biggest effect in larger capacity engines like V8s, but is also claimed to trim CO2 emissions by 8% in smaller turbocharged four-cylinder engines, making them as efficient as their diesel counterparts.

The dynamic skip fire cylinder (DSF) deactivation system works by deciding whether to fire or skip each cylinder before its firing. If a cylinder is skipped, the intake and exhaust valves are held closed by Delphi’s cylinder deactivation hardware. The system works by controlling the car’s spark ignition, so only petrol cars are compatible. It makes independent decisions up to 32,000 times a minute.

Scott Bailey, president and CEO of Tula said: "Every time a cylinder is ready to be fired, the system makes a dynamic decision – do we fire this cylinder or do we drive this cylinder for torque reasons?" 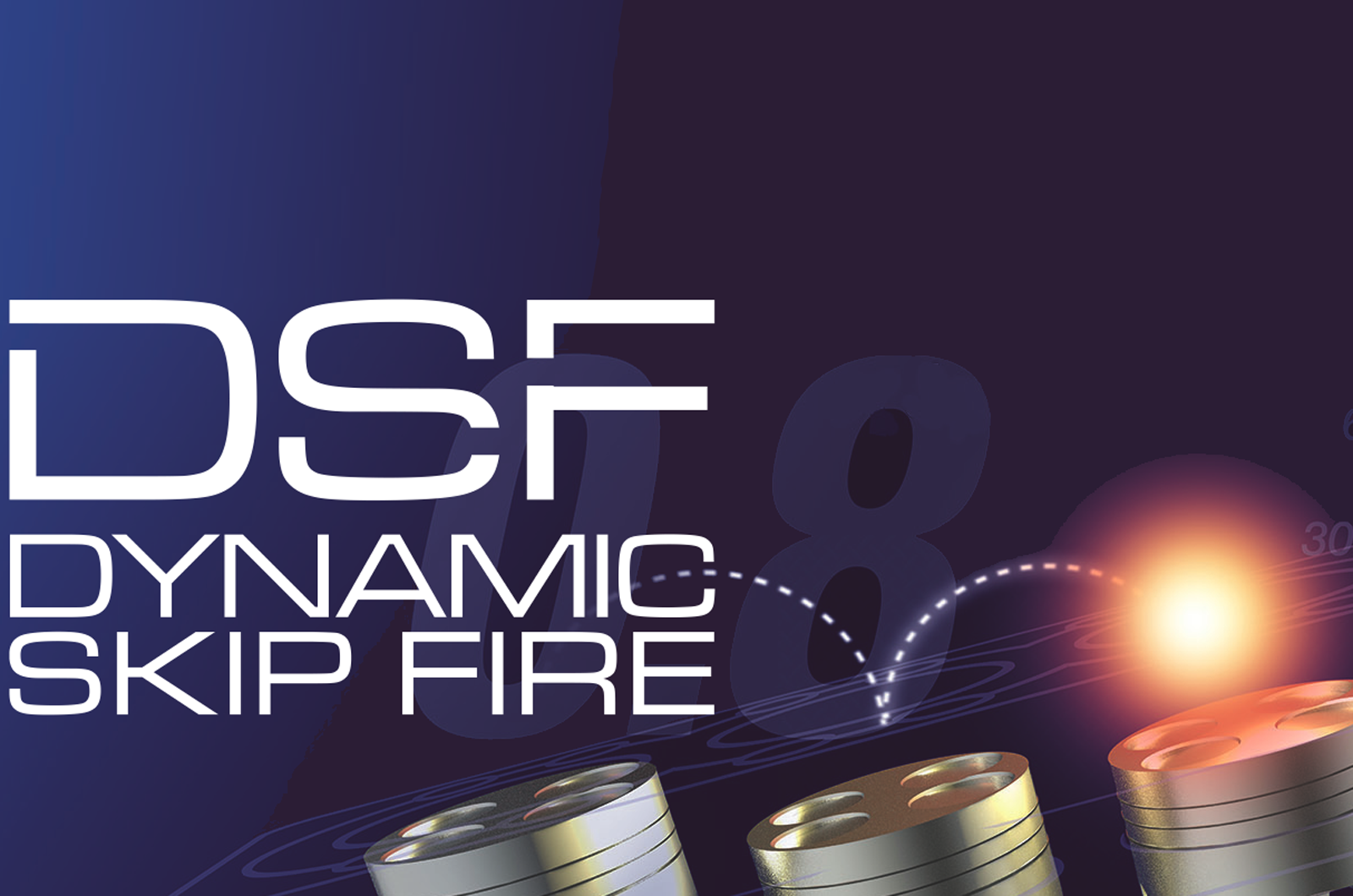 Bailey explained that this process takes place independently for each cylinder, so each one can be managed to maximise efficiency when not running at full throttle. "We don’t look at running fixed patterns [like conventional cylinder deactivation systems], so we can run anywhere from zero cylinders to 100% of the available cylinders, with any firing density between them," he added.

John Kirwan, chief engineer of advanced R&D at Delphi Powertrain, said that the biggest savings can be made in larger capacity engines like V8s and V12s, but that it will also help four cylinder turbocharged units and could enable further downsizing. "We can't say what model it'll be fitted to first, but we can say that a large, global manufacturer will be the first to use it in a car from 2018," he revealed.

The system is being demonstrated on a Volkswagen Jetta with a 1.8-litre four-cylinder turbocharged engine. Later down the line, the two companies will showcase a 48v hybrid system combined with the dynamic skip fire tech; a CO2 and fuel consumption reduction of up to 20% is possible with the two technologies, Delphi claims.

A wide range of engine sizes can accommodate the system, including three-cylinder engines, in which the system has also been tested. Torque demand from the driver, the effect of the cylinder on refinement and noise are among the decision criteria of whether to shut down a cylinder before firing.

A Delphi spokesman said the system is aimed at making petrol engines as efficient as diesels, with high fuel economy and low CO2 emissions. This could, if the system enters the mainstream, eliminate one of diesel’s key selling points in certain driving scenarios.

Delphi claims the system’s cost to a car manufacturer equates to about £34 for every 1% of CO2 saved per engine. "This compares to other forms of emissions reduction technology which are closer to [£70]," said Kirwan.

The (DSF) technology will be presented in full at the Vienna Motor Symposium later this week, as an industry first: the first fully variable cylinder deactivation system.

All four-cylinder engines are targeted, including downsized turbocharged units. The company also expressed the potential of the system to improve cars’ refinement; in cars with more cylinders, the shut-off system causes vibration when the cylinders are switched off; this new system, said the spokesman, doesn't and is as refined as when all the cylinders are running. The system is also viable for use in hybrid cars, in addition to purely fossil-fuelled cars. In hybrids, the CO2 saving would be even greater, at up to 3% on top of the previous reduction, so in excess of 11% can be saved.

Delphi claims that the system causes the engine to run at near-peak efficiency, and also allows an evolution of the current cylinder shut-off systems’ approaches to saving fuel while decelerating, shutting down all cylinders when the car is decelerating.

Why diesel faces an uphill struggle for respectability

Is it time to give up on the diesel engine?

Diesel scrappage scheme: diesels should be made cleaner, not scrapped

if no fuel were injected then the unburnt fuel situation wouldn't be any worse than it is to begin with, and, the valves opening as normal would maintain air intake velocity. i've been randomly thinking about this during today and i keep coming back to the same thoughts; they must still be injecting fuel so a cylinder must fire "next time", it's basically just going to randomly cut 1 power stroke whenever it thinks it can get away with it, considering everything involved in getting this working there must be a simpler way to do it, this really is just something else to go wrong, mis-firing engines feel horrible. still, let's see how it goes
smokescreen38 27 April 2017

I seem to remember GM having this on the Northstar V8's about 10+years ago. Probably a lot simpler version, but it did the job.
LP in Brighton 27 April 2017

Pity the original article didn't explain this better. And it also explains why cylinder shutdown is much less effective with a diesel which is very much more efficient than a petrol on low loads.
But while I am a fan of the concept of cylinder deactivation, Ok think it's highly optimistic to suggest that such an engine will ever approach the thermal efficiency of a diesel. The gap is simply too big.
View all comments (10)