BACK TO ALL NEWS
Currently reading: London Mayor could ban cars from capital to cut pollution
UP NEXT
Style vs substance: cars which might surprise you

London Mayor could ban cars from capital to cut pollution

London Mayor Sadiq Khan could implement a car ban in the capital on certain days to cut air pollution.

Speaking on ITV’s Peston on Sunday programme, Khan said that he wanted to “address the issue of poor quality air 365 days a year, not only on the days the air is dangerous”.

When asked if London could implement a car ban, such as the one in Paris, Khan said: “nothing’s off the table”.

Since assuming power over London in 2016, Khan has focused much of his attention to fixing the English capital's pollution problem. Brixton was the first area to breach annual EU emissions limits this year, just five days into January, demonstrating the extent of the issue.

Diesel vehicles are the worst polluters, emitting the most nitrogen oxide (NOx) gas and particulates.

Khan is introducing a new Toxicity charge (T-charge) for diesel vehicles from 23 October this year. It will force motorists of these high-polluting models to pay an extra £10 on top of the existing £11.50 congestion charge for the right to travel through the centre of London.

“I’m using all the tools I’ve got,” said Khan yesterday. “We’re being innovative but the Government’s got to do much, much more.”

The British Government is considering implementing a diesel scrappage scheme to encourage people to switch from older, high-polluting models to newer, more efficient ones. The scheme could begin later this year. 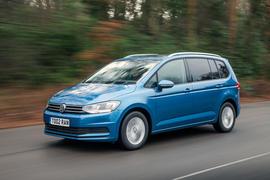 I thought "London is Open!"

20 February 2017
I thought "London is Open!" as he proclaimed after Brexit. Except to poor or working people, and not on Mondays, Wednesdays and Fridays..

Diesel car surcharge from October is not true

20 February 2017
This article is very misleading by attempting to imply that all diesel cars will have to ay a surcharge to enter the congestion zone from October the 23rd. The surcharge applies to cars, petrol and diesel, that do not meet Euro 4 standards, I understand though that classic cars, whatever they are determined to be, are exempt. This surcharge I believe does not apply to taxis, buses, trucks, police, fire, council, government, etc vehicles nor all the foreign embassy vehicles.

20 February 2017
If a Labour politician turns down tax by banning vehicles instead, I'd be amazed. They just can't help themselves when the opportunity arises to pick other people's pockets.