BACK TO ALL NEWS
Currently reading: Innovative underground Cartube network could solve city traffic issues
UP NEXT
How Max Chilton and the McMurtry Speirling conquered Goodwood

A London-based architecture company has developed a traffic-beating transport solution for cities that uses autonomous cars in underground tunnels.

PLP Architecture’s so called Cartube, revealed today at the Institution of Mechanical Engineers in London, would use an artificial intelligence central control system to manage driverless electric vehicles. The vehicles would travel in a platoon and take passengers from door to door, meaning they’re an alternative to private cars rather than public transport.

“One of the big issues of urban transport is that in order to have a large capacity system you need segregated tracks [like a motorway], but cities are not segregated,” PLP Architecture director of research Lars Hesselgren told Autocar.

“You can’t have roads like these in places like London because of the many road intersections and traffic lights. So we did the very simple thing of calculating how many people you could move using an underground solution, and it turns out our estimate for Cartube is double what something like Crossrail can do.” 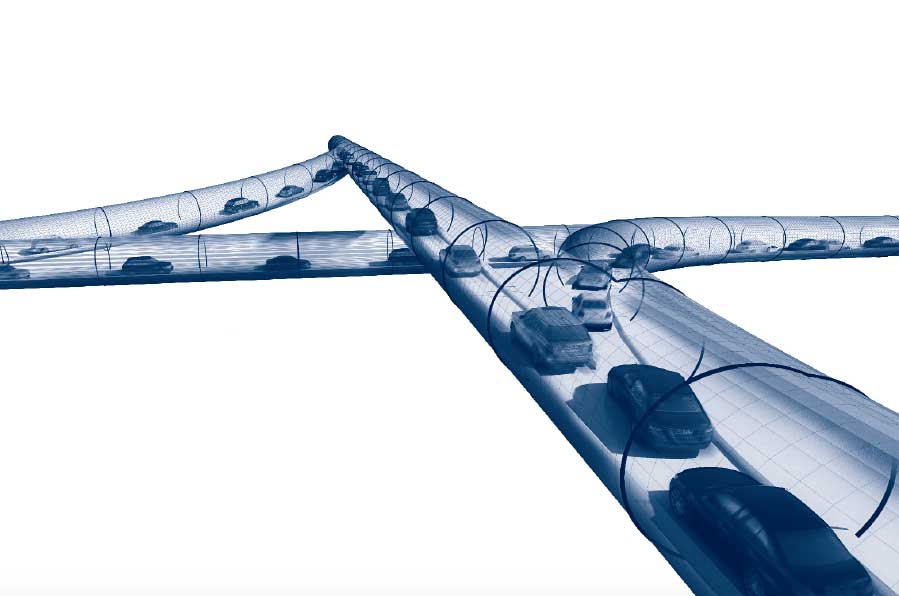 Hesselgren’s team worked out that due to the frequency of station stops, Crossrail can only carry 18000 passengers an hour. But an underground road system that used 40mph vehicles could take 40,000 passengers in the same time.

“We’ve got 3 billion people [globally] to move into urban areas between now and 2050,” continued Hesselgren. “There is a crying need for technology that can actually solve this issue. When it comes to major cities that are already congested with a huge amount of buildings, the best solution is to put the transport underground.”

Hesselgren explained that using electric vehicles would significantly reduce ventilation issues and placing them underground would free up space on the surface previously taken up by roads. He said the artificial intelligence technology used to control the cars would need to recompute the whole system 100 times every second.

“But that is actually quite trivial because if you’re steering all of vehicles, you know in advance where they are going to be in one minute’s time, 10 minutes and so on,” he said. “It means they can constantly adjust themselves so the system can work effectively at all times.”

In short, this would eliminate the prospect of traffic jams and mean vehicles would flow smoothly from place to place. A prototype Cartube road map has been designed for London, and connects vehicles to existing motorway networks that lay outside of the city. 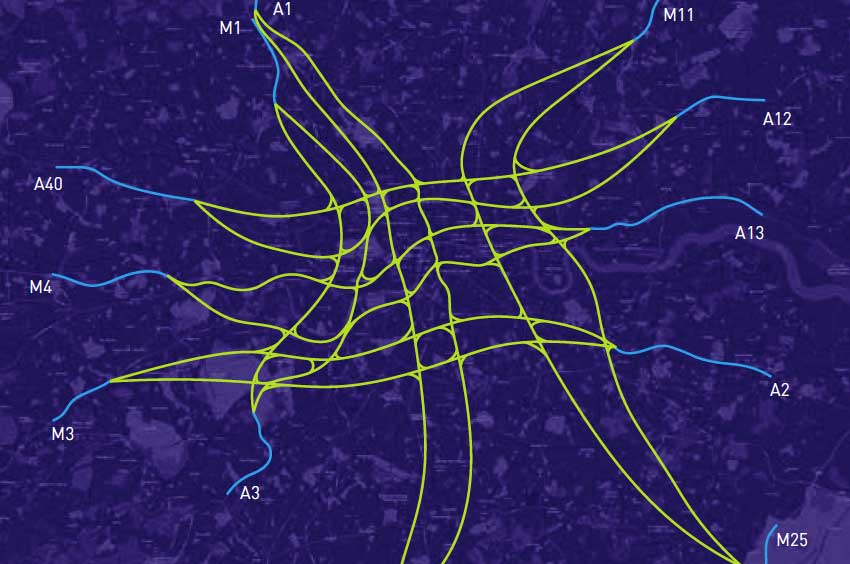 But while the world’s most developed cities are often the ones most in need of a system like this, Hesselgren believes it’ll be the emerging locations that are most likely to find his idea exciting.

“Urban traffic planners [in developed cities] are still going through the same plans as they were 30 years ago,” he said. “I [therefore] suspect Britain is probably going to be quite late in the process [to consider Cartube], but a country that wants to skip a generation of technology will take it up.”

Hesselgren said that rather than building six lane motorways and essentially fast tracking themselves to the unsustainable transport scenarios of developed cities, emerging cities will want to invest in futuristic solutions like Cartube.

“Cities are now having to compete with each other, and the first city that puts this in place and makes it work is going to be very competitive on a global scale,” he concluded.

PLP Architecture now hopes to attract a technology investor, like Google or Apple, to work with in the development of artificial intelligence software. If it secures a leading brand in the field, it believes the technology could be ready within five years.

EV's and autonomous could mean a greater potential for underground transport, using the POD's that are at heathrow for example. But....I'm pretty sure that artist impression shows exactly where the district line are and bazzlegette's sewer, so you wonder how much research they've done.
Marc 2 December 2016

A huge part of any congestion

A huge part of any congestion problem can be solved by not having 100's of thousands of people sitting in front of PC's in office blocks throughout cities. A lot of what they do can be done remotely from home. Not possible for all jobs but a relatively simple solution with a relatively small cost.
devil's advocate 2 December 2016

A huge part of any congestion problem can be solved by not having 100's of thousands of people sitting in front of PC's in office blocks throughout cities. A lot of what they do can be done remotely from home. Not possible for all jobs but a relatively simple solution with a relatively small cost.

I do precisely that, work from home and the commute from the kitchen to the back bedroom can be interruoted by tghe kettle or washing machine :-)

A huge part of any congestion problem can be solved by not having 100's of thousands of people sitting in front of PC's in office blocks throughout cities. A lot of what they do can be done remotely from home. Not possible for all jobs but a relatively simple solution with a relatively small cost.

I do precisely that, work from home and the commute from the kitchen to the back bedroom can be interruoted by tghe kettle or washing machine :-)

I do too, when I can. Unfortunately my job is to manage 1000's of sqm of office space for 1000's of staff across Leicestershire, so I'd potentially be doing myself out of a job. It is a very simple solution to part of the congestion problem and I believe it would make a noticeable difference. Sadly it would require a bit of culture change for some, particularly some managers who fear loss of control/productivity. There would also be a lot of office space sitting around empty, with knock on affects to the economy through lack of rent/business rates. Could potentially solve the issue of space for inner city housing though...

It could also be..

..like the flying cars story a few weeks ago in Autocar, a completely made up "story" to draw in readers as click bait for web advertiser billing. But I am not that cynical, or am I?
View all comments (9)