BACK TO ALL NEWS
Currently reading: British firm to roll out affordable street-side charger in Brighton
UP NEXT
Bentley Batur: new Mulliner car to arrive on 21 August

British firm to roll out affordable street-side charger in Brighton

A Portsmouth-based company, City EV, has developed a simple, affordable lamp post charger for EVs and has struck a deal with the Brighton City Council to launch its equipment in several of the seaside city’s most densely populated streets.

“The initial deal covers 200 units,” said City EV’s co-founder and MD, Peter Lagesse, who started the business about four years ago with long-time partner and technical director Bob Morris. “We’d set up about 100 charge points when work had to go on hold. But we aim to finish the rest this summer and hope to do a similar batch next year.”

“Now they’ve seen we’re ready with an affordable and deliverable product, some of the more progessive authorities have started beating a path to our door,” said Lagesse. “Even during lockdown, we’ve had a busy time dealing with enquiries.” 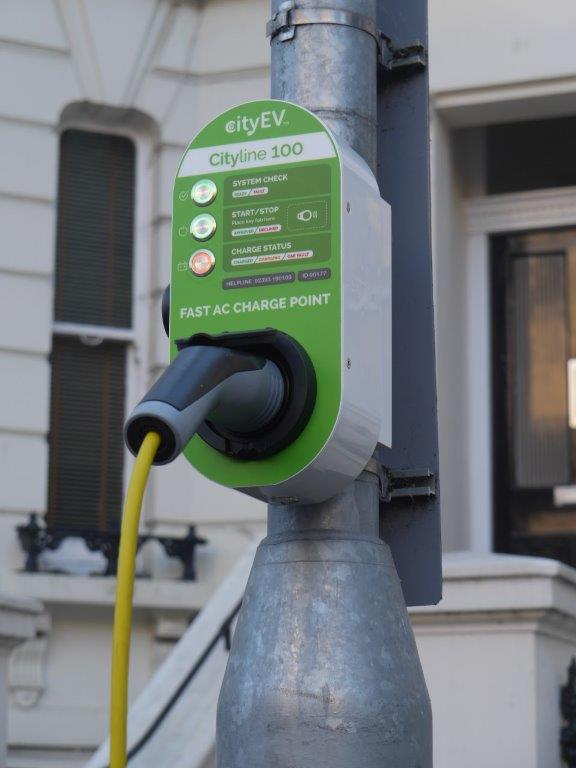 City EV’s lamp post charging points use a 3kW power supply “because that’s what’s available without digging up the road” and are specifically designed to be cheap to fit and easy to use. The equipment is also flexible in configuration so each local authority can decide its own preferred payment method.

“If EV use is to grow, we must cater for owners who can’t charge their cars at home because they don’t have driveways,” said Lagesse. “The idea is that eventually nobody will be more than 50 yards from a charging point.”

Lagesse and Morris started City EV after selling their successful business making base station controllers for mobile networks to Ericsson, the electronics giant. “Bob and I bought EVs because it seemed the way to go,” said Lagesse, “but we soon found the charging network was terrible.

“There was an obvious need for relatively cheap equipment you could put everywhere, because most of the firms in the charging point business were making really expensive stuff. Making what was needed had parallels with the business we’d just left – designing and setting up unmanned, connected networks – so we decided to give it a go. We even had a ready-made parts supply chain.”

As well as the street chargers, City EV makes a range of own-design fast and rapid chargers for home and business use, but Lagesse and Morris believe public charging will be the growth area, simply because of the profusion of dense housing in UK cities like London, Birmingham, Manchester, Bristol and Liverpool. “One lesson we’ve learned,” said Lagesse, “is that to succeed in electronics you need a niche. This is ours and it seems to be working.”

That's twice the price of home charging but should still return 6-8p per mile motoring whilst EVs tend to use between 250Wh and 300Wh per mile.

Living in Selborne Road, Hove I can see exactly what the problems are at this juncture because one was installed directly outside my flat.  "My" EV charge point went live on 19th March and it's not one of the 25 "mandatory" EV charging bays out of the 200 being installed.  ICE cars "may" receive a PCN (Penalty Charge Notice) but (at least during lock-down) this isn't happening.  Since 19th March I've only see one Audi E-tron being charged and the owner is a local lady.  Luckily her Audi has a very long charging lead so she has managed to reach the EV charger even if some ICE car has parked there.  Basically, because the bay hasn't actually been marked as such drivers don't notice or don't care and just park in the space for days at a time.  It costs about 26p per KW/h which is quite expensive considering my Economy Se7en night units cost me 6p per KW/h.  Hopefully the powers that be (CityEV, Electric Blue and Brighton & Hove City Council) will eventually sort out the EV charger bays so that only EVs will use them.  Sadly, I'm not an EV owner because I'm too poor to afford a new one!

I hope these EV's have a locking system on the cable, the local gypos will be quids in collecting the cables up overnight.
View all comments (9)