BACK TO ALL NEWS
Currently reading: Greatest road tests ever: Nissan Skyline GT-R Spec-V
UP NEXT
Gordon Murray Group expands to develop EVs for car makers

Back in 1997, this supercar slayer blew us away
Open gallery
Close

Nissan UK finally started importing the race-derived, mega-brained R33 Skyline GT-R in 1997, and our road test proved it to be a true world-beater.

Japanese touring car homologation led Nissan to give the Skyline GT-R a twin-turbo 2.6-litre straight six, four-wheel drive and four-wheel steering. Torque was usually applied to the rear only, but up to 50% could be sent forwards, all governed by advanced electronics.

Impressive acceleration was accompanied by an enjoyable soundtrack. Turbo lag hampered thrust below 3300rpm, but keeping the engine between 5000 and 7000rpm via the slick five-speed manual ’box was the solution. The brakes were powerful and free of fade.

The GT-R’s blend of tactile handling and otherworldly stability startled us, especially over wet, challenging roads. Grip and body control were first class, stifling criticism of the occasionally crashy ride.

The interior majored on driving position, instrumentation and rear leg room, and the boot was reasonable. Materials and aesthetic appeal were no better than Primera grade, though, and the fuel tank was small. 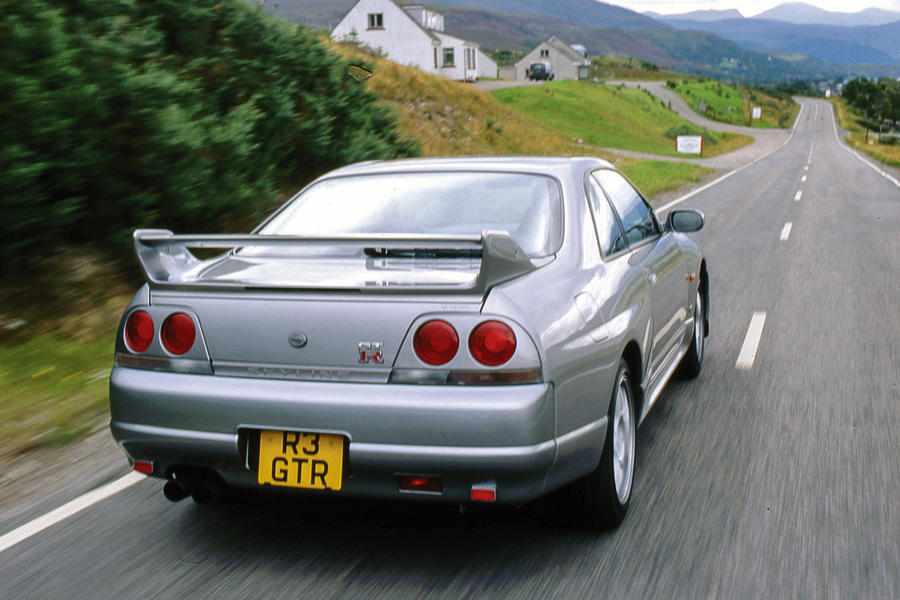 Two years later, the R33 GT-R was replaced by the shorter but mechanically similar R34. Claimed output stayed at 277bhp to satisfy Japanese regulations, but over 300bhp was possible. The R34 was canned in 2002, but an all-new Nissan GT-R appeared in 2007 and continued slaying supercars in Europe until it was finally withdrawn from sale this year. 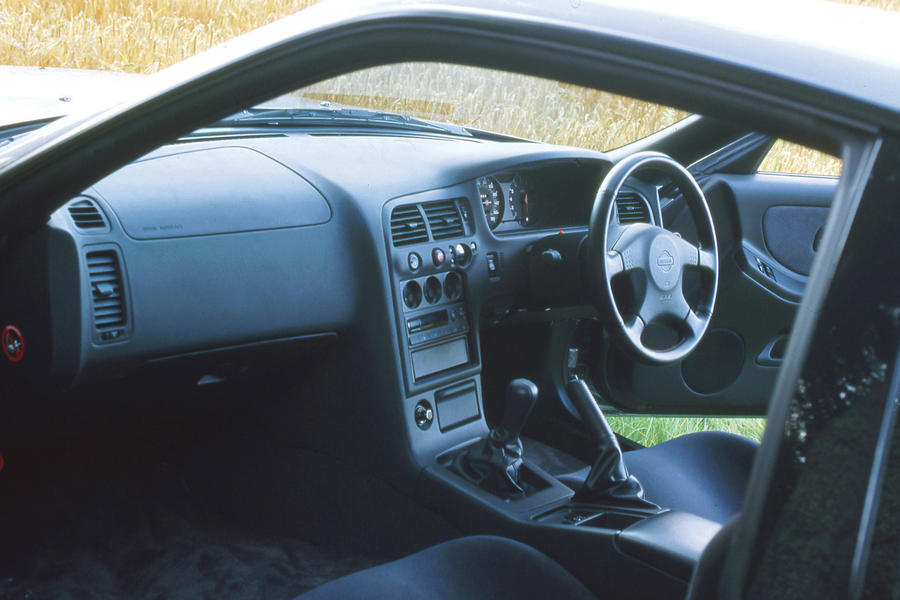