BACK TO ALL NEWS
Currently reading: How smart are smart motorways really?
UP NEXT
Lamborghini to launch four-seat EV crossover and electric Urus

How smart are smart motorways really?

Smart motorways are far from popular, primarily due to the widely perceived danger of all-lane running. We investigate whether or not they live up to their name
Open gallery
Close

This year marks the 15th anniversary of Britain’s first ‘smart motorway’, a section of the westbound M42 near Birmingham. The Highways Agency’s term for the scheme was Active Traffic Management (ATM), because it employed technologies including a system called Motorway Incident Detection and Automatic Signalling (Midas) and strategies including part-time use of the hard shoulder as a live lane, with emergency areas to control the traffic.

More ATM motorways followed until, in 2013, the agency changed the name to smart motorway. Shortly afterwards, it closed some hard shoulders permanently, converting them to live or ‘running’ lanes.

In 2016, the Parliamentary Transport Select Committee criticised this move, saying: “[The Department for Transport] needs to demonstrate that all-lane running schemes do not make the road any less safe than the traditional motorway with a hard shoulder.”

Over the next four years, and with the number of fatalities on smart motorways approaching 40, public confidence fell so low that in October 2019 the government announced a review of them. In March 2020, it revealed its findings in a report called Smart Motorway Safety Evidence Stocktake and Action Plan.

In January 2021, David Urpeth, the coroner at the inquest of two men killed on a section of the M1 that had no hard shoulder, said: “I believe that smart motorways, as things currently stand, present an ongoing risk of future deaths.” 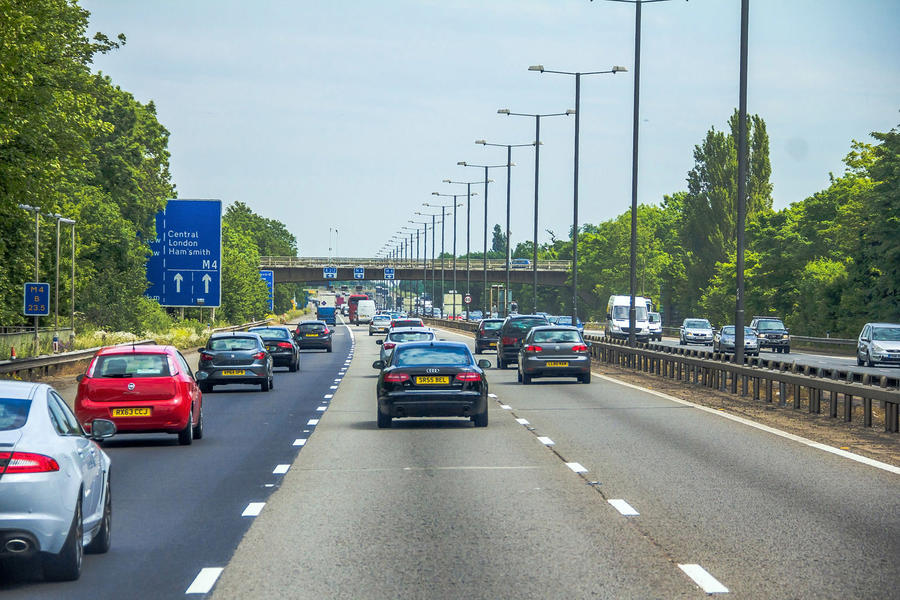 A month later, the Parliamentary Transport Committee launched an inquiry into the benefits and safety of smart motorways. And just this month, Highways England updated the government on what progress it had made implementing the findings of the stocktake. On 11 March, transport secretary Grant Shapps told Parliament that he would review and make public its contents in the near future. How did we get to this point? To answer that question, we first need to ask a few more.

What actually is a smart motorway?

Smart motorways employ sensors, signs and cameras to monitor and manage traffic. Some have a hard shoulder, but most don’t. There are 500 miles of smart motorway in the UK; most of these are in England and thus are managed by Highways England. They account for around 7% of the Strategic Road Network but carry 16% of its annual traffic.

There are three types of smart motorway. Controlled motorways are like traditional motorways, with a hard shoulder for emergencies, but with variable speed limits and active lane management signs added.

Dynamic hard shoulder running motorways have a hard shoulder that can be opened to traffic to increase capacity at busy times. However, the government says that they confuse motorists and therefore will be converted to all-lane-running (ALR) motorways by April 2025.

How should you drive on a smart motorway?

Driving on a smart motorway should be no different from driving on a traditional motorway, but in reality it is. For example, there are the enforceable variable speed limits to be aware of, while at other times you might see a red X sign above a lane, meaning it’s closed to traffic. On an ALR motorway, this might be because a vehicle has broken down.

The government has made ignoring a red X sign punishable by three penalty points and a £100 fine. Infringements are detected by upgraded versions of the existing Hadecs 3 speed cameras, but Highways England has admitted that only half of them are operational and that it will be July 2023 before the network is fully upgraded.

Meanwhile, the government has asked Highways England to accelerate its roll-out of the stopped vehicle detection system, which spots a stationary vehicle within 20 seconds, after learning that less than 5% of the smart motorway network currently has the technology. It’s intended that all ALR motorways will have the system by 2022, although Highways England has admitted that broken-down vehicles are not always spotted by the technology and that it can be overwhelmed at times of high traffic levels. On these occasions, the agency’s Midas system takes over monitoring of the road. 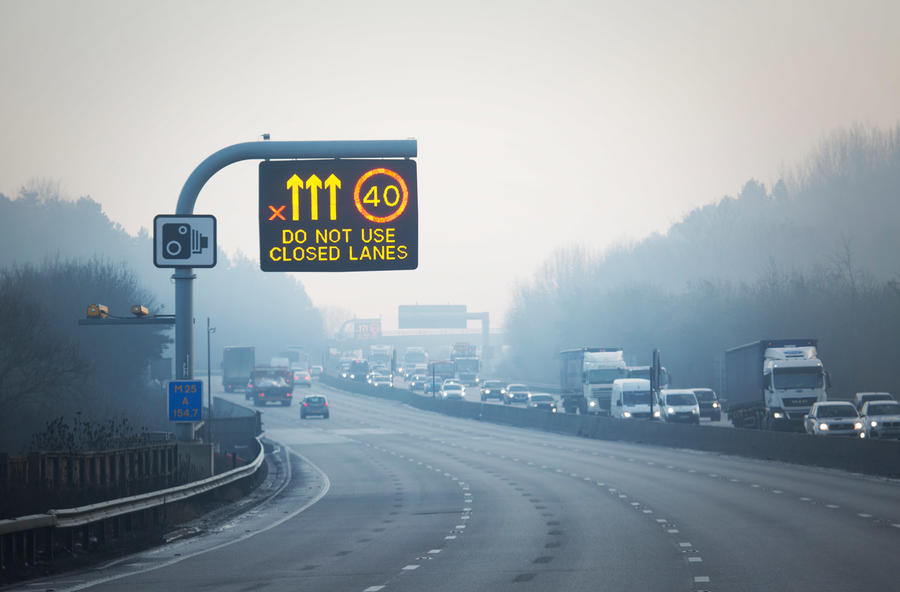 What are the risks of ALR motorways?

However, the RAC says that ALR motorways simply transfer the risk of being hit while moving to being hit when stationary by more than 200%.

In January 2020, it was revealed that 38 people had been killed on smart motorways in the past five years and, on one M25 section, near misses had increased twentyfold.

How far apart are the emergency refuge areas on ALR motorways?

Given that 38% of breakdowns on ALR motorways occur in a live lane, the frequency of emergency refuge areas is key to reducing accidents. For the M42 pilot scheme, the areas were a quarter of a mile apart, but for new schemes from 2012 they were as far as two and a half miles apart. Following the government’s 2020 review of smart motorways, the gap between safety areas will be no more than a mile – but only for new schemes. As for existing schemes, the government says that the M25 will gain 10 new safety areas and lessons learned from this project will inform the roll-out of new areas on other ALR motorways.

The government says that smart conversion has raised the capacity of the busiest motorways by up to a third, with each carrying 1600 more vehicles per hour in each direction.

Research by the RAC appears to contradict these findings, however. It compared two sections of the M25, one with all-lane running and the other a dynamic hard shoulder; it found the former to be 73% clear while the latter was 98% clear.

On the ALR stretch of M1 where the two men were killed in 2019, the casualty rate had increased, although that’s based on only one year’s data. 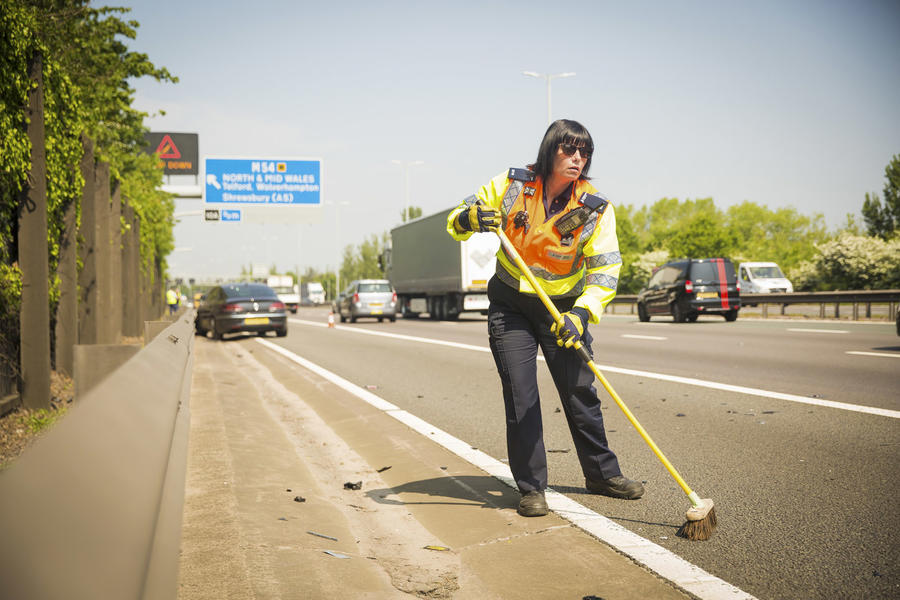 If your vehicle goes wrong on a smart motorway

■ Move into the left-hand lane and turn on your hazard lights.

■ Exit at the next junction or services; or follow the orange SOS signs to an emergency refuge area, from where you can call for help using the free telephone.

If you can’t get off the motorway or to an emergency area:

■ Move your vehicle as close as possible to the left-hand verge, boundary or slip road.

■ If you feel that you can get out safely with any occupants, consider exiting your vehicle via a left-hand door, and wait behind the safety barrier if there is one.

If your car stops immediately in any lane on an ALR motorway:

■ Keep your seatbelts and hazard lights on and call 999 immediately.

■ Highways England will close the lane and send help.

Steps in the government's action plan

In its Smart Motorway Safety Evidence Stocktake and Action Plan, published last year, the government set out 18 steps to improvement, including:

■ Ending the use of dynamic hard shoulders.

■ More signs displaying the distance to the next refuge area.

■ Better communication with drivers on what smart motorways are and how to use them.

■ Updating the Highway Code with driving advice for smart motorways.

What do those involved say?

Claire Mercer: Claire’s husband, Jason Mercer, was one of the two men killed on an ALR section of the M1 in 2019, after which she founded smartmotorwayskill.co.uk. “I don’t understand why, if you must do a risk assessment of a playgroup, a proper risk assessment wasn’t done of smart motorways,” she told Autocar. “All we want is to have the hard shoulder back.”

Meera Naran: Meera’s son Dev was killed on an ALR section of the M6 in 2018 when the car in which he was travelling stopped for unknown reasons. In the wake of his death, she began researching smart motorways and masterminded the 18-point improvement plan at the heart of the government’s 2020 review. “Losing Dev has been devastating,” she told Autocar. “The measures are systemic and infrastructural changes. I will not be satisfied until all of the points are implemented.”

John Apter - Chairman, Police Federation: “I think the name smart motorways is a bit misleading, because they’re anything but smart. They’re death traps, simple as that.”

Max Brown - Head of road design safety, Highways England: This January, Brown told the inquest into the deaths of Jason Mercer and Alexandru Murgeanu on an ALR section of the M1 in 2019 that smart motorways had reduced casualty rates by 18% by one measure and 23% by another. He said the added hazard introduced by the removal of the hard shoulder of all-lane-running motorways was offset by a range of other safety measures.

Transport secretary: smart motorways are "anything but"

Log in or register to post comments
Torque Stear 11 April 2021
"Smart motorways are just another government scam. These are a revenue raising tool (through fines) and are in no way intended to benefit road users. Conversion work takes years and so the Government can use the (seemingly never-ending) roadworks as another way to limit traffic speed & volume, while all the time pretending that it is "improving" the road network. Does the Government perhaps have a hidden agenda which is to stop us all from driving?"

Total government revenue from fines of all kinds is about £300 million. Motoring fines are less than half of that.

This is basically an accounting error in terms of government revenue.

Furthermore speed enforcement costs more to carry out than is made back in fines.

They do it because the general public think it works and because it's visible.

From a road safety perspective the most effective thing left given that only 1500 people died on the roads is improving the infrastructure. This takes time, money and the public don't link it with safety.

At last an intelligent and comprehensive article on the pros and cons of smart motorways. It's really not as simple as smart motorways are bad, let's have more lanes and proper hard shoulders. Some times it's necessary to have a good compromise.

Smart motorways are just another government scam.  These are a revenue raising tool (through fines) and are in no way intended to benefit road users.  Conversion work takes years and so the Government can use the (seemingly never-ending) roadworks as another way to limit traffic speed & volume, while all the time pretending that it is "improving" the road network.  Does the Government perhaps have a hidden agenda which is to stop us all from driving?