BACK TO ALL NEWS
Currently reading: How safe is charging an EV at night?
UP NEXT
Lotus Emira vs Porsche 718 Cayman

How safe is charging an EV at night?

With thousands of new electric charging stations being installed across the country, concerns have been voiced about the safety of drivers when using them late at night.

Unlike refuelling a combustion engine, electric charging is not a two-minute job, and there are worries that if drivers need to add more range during darker hours, there is sometimes nowhere to take shelter or keep warm – and, worst case, the charging point is located in an isolated and poorly lit area of a car park, far from any other building or security.

Another concern is the reliability of charging stations, which could leave low-on-power drivers stranded if one doesn’t work, adding to the dreaded range anxiety many EV owners face.

These issues have prompted calls to the government to make night-time EV charging safety a priority, as well as ensuring the charging network is “fit for purpose”.

Speaking to Autocar, the RAC said the current charging experience is still “inferior” to filling up at the pumps.

“As more drivers switch to EVs, or consider doing so, making sure the public charging network is fit for purpose is vital,” said RAC operations director Simon Williams.

“Everyone is familiar with well-lit fuel forecourts, but with a couple of notable exceptions, the experience of charging an EV when away from home can be quite different and, arguably at times, inferior – especially once darkness falls.

“The fact dwell time for an electric car driver is longer than for someone topping up a petrol and diesel car underlines the importance of making sure the experience is a safe and positive one.

“The recent government consultation on improving the overall public charging experience for drivers was a welcome step forward, but there now needs to be some specific focus on what drivers should expect when faced with charging up at night.” 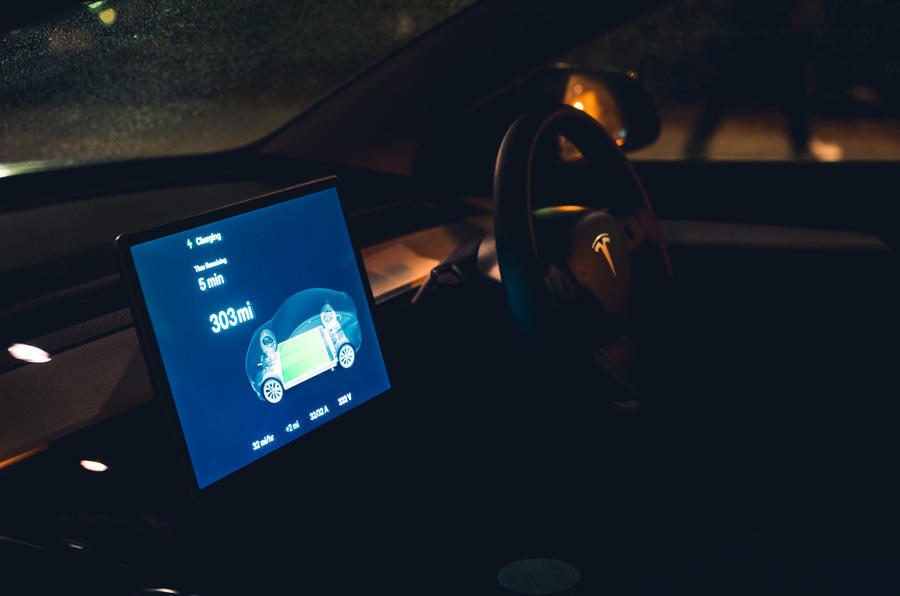 This call comes just a few weeks after the Department for Transport announced that the UK now has 30,290 public EV chargers – 33% more than at this time last year. But the DfT has pledged to keep people who charge EVs at night safe, and insisted it is a priority.

A spokesperson said: “As we transition to electric vehicles, we’re committed to ensuring everyone is safe and feels safe when charging, no matter who or where they are.

“We’ve committed £1.6bn to support the roll-out of charge points across the UK and, as part of our recently published EV Infrastructure Strategy, we will set new legal requirements to improve reliability at public charge points.”

However, many charging firms say their sites are already safe enough.

Ionity, which operates a charging network across 24 European countries, claims extra work isn’t necessary as its hubs are “mostly located at rest stops along motorways” that “already have amenities for people waiting while charging their vehicle”. 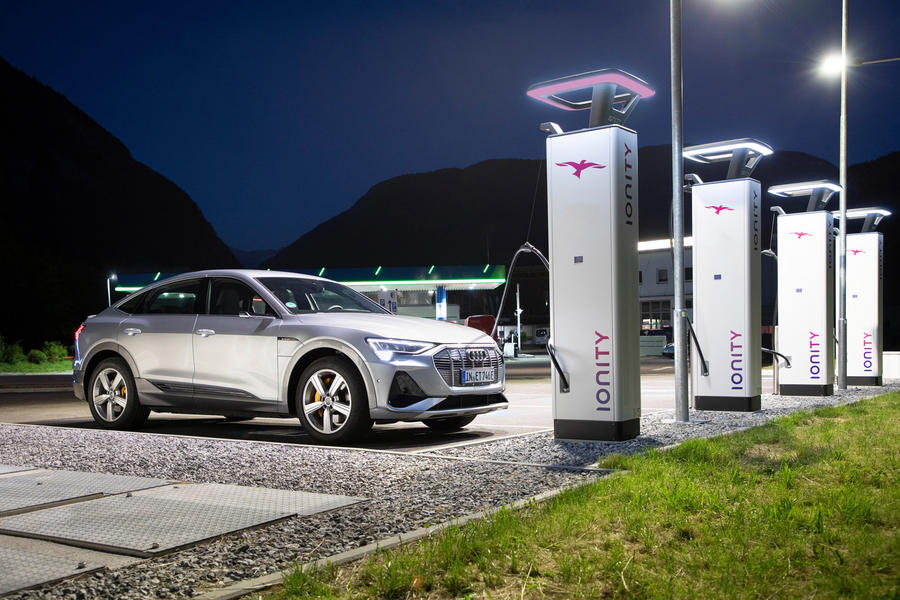 However, a spokesperson said that if lighting on site was not up to scratch, it would install lighting columns to “ensure ample light on all our high-power charging sites”.

The spokesperson for the firm, which is a joint venture between Volkswagen, Audi, BMW and others, added: “The goal for Ionity is to ensure customers are not in a situation where they will be stuck with no charge and unable to find a working charger. We do not have single-charger sites. Instead, we design hubs with six to 18 chargers, which creates busier sites which are less isolated.”

Moto, operator of 58 service stations across the UK, also spoke to Autocar on the issue. It said night-time driver safety is “an important part of our EV charging infrastructure” and its charging stations are near to main buildings, which are manned 24/7.

“This is to ensure all drivers feel comfortable, whether they are refuelling or recharging at Moto services,” said a spokesperson. “All our EV charging areas across the UK have a good standard of lighting. This is to ensure drivers can both see and be seen.”

The spokesperson added: “We also have security set up at some of our sites where we feel it both necessary and appropriate to do so.”

However, the RAC wants confidence in EV charging to be given more thought. Williams said: “Not only must [drivers] be confident the charger is working, but standards could also be set around adequate lighting and weatherproofing.

“The specific location of chargers in relation to other local buildings and amenities should also be considered. After all, a driver needing a night-time charge is far more likely to be confident using one if it’s part of a service area that is open overnight and used by plenty of other people, rather than stuck out on its own in the back of a car park.”

Speaking about the call to make the network more reliable, the DfT recently told Autocar that the EV rapid-charging network will be required to have a 99% reliability rate under new laws coming in later this year.

This, ministers hope, will eradicate range anxiety and create a “world-class” charging grid.

The legislation includes a £1.6bn investment in 300,000 new charge points across the country, which, says the DfT, would be five times as many as traditional fuel pumps currently in operation. These will be working by 2030 and spread across the country, it promises.

Is using apps the answer? 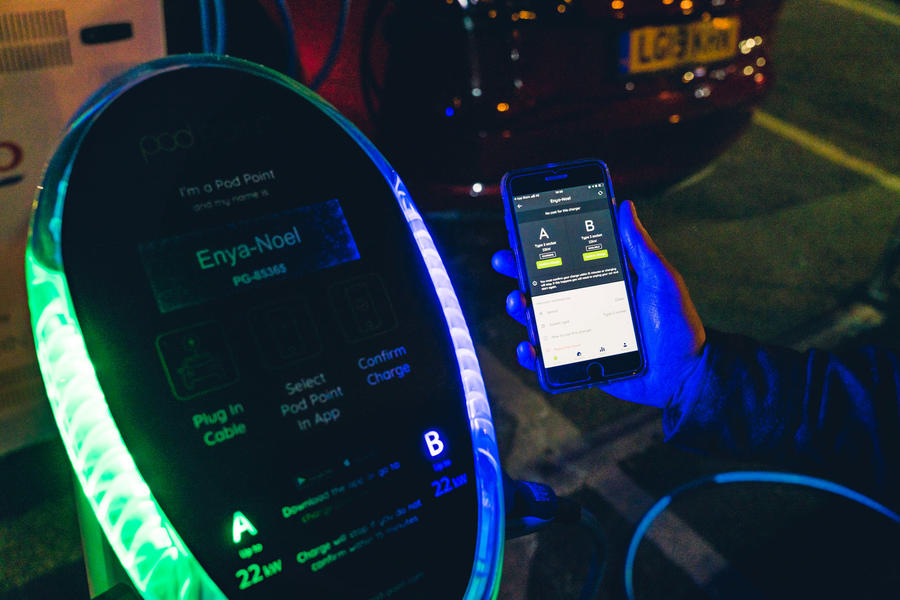 As the government pumps more cash into making chargers more reliable, other ideas are being mooted that, say firms, can be achieved now and with less money.

The RAC says one of those is to integrate specific charger information into the infotainment systems of EVs, as well as the creation of specific charging apps. This, it says, could be the next step forward in alerting drivers that the charger they are about to stop off at is working – or not.

know what to expect when they arrive at a charger,” said the RAC’s Simon Williams, “and this is where EV apps and vehicle infotainment systems could play a key role – not only guiding drivers to chargers that are working, but also to ones which other drivers have had a good night-time charging experience at.”

Log in or register to post comments
Skalamanga 24 June 2022
Wireless charging. Use android auto as the connection and payment interface.

The driver can stay safe and secure inside the car without the need to even unlock the doors. An option to request assistance or call for an emergency could be built in to the interface

Charging equipment is buried in the tarmac, so there's nothing to vandalise or steal.

It is utterly archaic that charging an EV is more complicated than pumping a fluid into a tank!

My dedicated parking space is 30m from my house. How long before the light fingered members of our itenertant community,who have moved from cats to bikes around here,go back to copper cable?

What's the deal with somebody hogging a charging point? I hear of people plugging in their car, going to work and leaving it there all day. Do you keep paying once your car is fully charged?