BACK TO ALL NEWS
Currently reading: Volvo targets 621-mile EV range by 2030 as part of tech focus
UP NEXT
Volkswagen unveils larger and more advanced new Amarok

Volvo boss Håkan Samuelsson has unveiled plans for the firm to become a leader in the premium electric car market, through the use of new technology that it says will boost the range, safety and functionality of its cars.

The plans were detailed at the Swedish firm’s Tech Moment event. Introducing the event, Samuelsson said that Volvo, which has committed to becoming an electric-only company in 2030, is aiming to further grow its share of the premium EV market through a commitment to new systems.

“It’s about electrification, and that requires that we build in-house new technologies, such as batteries: we can’t just buy that and rely on a relationship with a supplier,” said Samuelsson. “We need to go deeper and understand batteries in the way we understand a combustion engine. We need to understand charging, and anodes and cathodes and so on.

“We have, of course, software. In the future, a lot of functionality comes from software, and it’s too slow and inefficient to specify what we want and get it in a black box from a supplier. That does not allow us the functionality we need from Volvo: we need to rely on a central computing platform and in-house software. It’s almost as big a difference to the industry as electrification.

“The third are we will lead in is safety. We will really strengthen that position through new technology, allowing us to reach a whole new level of safety. This will be a trademark: you will see on the top of the cars a LiDar, and then you will know it’s a really safe car.”

Volvo to use real-time data to boost safety 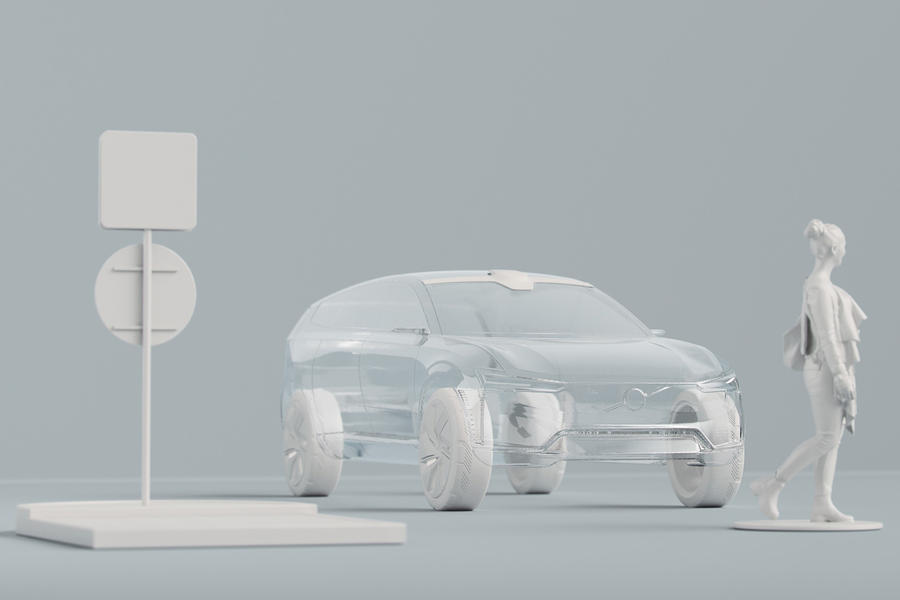 Volvo has revealed plans to use real-time data from customer cars to develop rapid improvements to boost the safety of its next-generation cars and accelerate the development of autonomous technology.

The Swedish firm has long had a focus on safety systems, and has previously used traffic data to refine and enhance its safety systems. But Volvo is aiming to take that further with its next-generation electric cars by collecting real-time data - if customers give their agreement.

The data collected would include information taken from the high-resolution LiDAR sensors, which will be fitted to next-generation Volvo vehicles. LiDar radar systems have traditionally been used mainly for autonomous systems, but Volvo says adopting them on all EVs will help to boost safety in all driving uses. It is also developing its semi-autonomous driving systems that will be offered through the new software and hardware technology.

Volvo says will allow it to validate its autonomous systems faster, enabling it to accelerate its adoption in safety. The real-world data will allow it to hone the systems for specific locations faster than using test cars on a special track.

Volvo will also use over-the-air updated to add news systems and features to its cars, which will include upgrades to safety systems. The first car to use this technology will be a new SUV, the electric-only XC90 successor, which will be built on an EV-only ‘technology base’.

Asked about the extra cost of fitting LiDar systems as standard to all cars, Samuelsson admitted it was high, but said: "You have to see together with the value, and the value is to really build the safety car possible using all technology available. A car with LiDar will be safer than a car with just cameras, and Volvo really needs to use all available technology. We can't afford to not have a LiDar on a Volvo when the technology is ready."

That machine will feature a raft of news safety systems and sensors, including a new Laminar-developed LiDar system and a bespoke Nvidia-developed autonomous driving computer. Volvo claims a combination of these advanced hardware and software systems will lead to a significant increase in its safety package, reducing accidents and fatalities.

Volvo is working with its autonomous driving software arm, Zenseact, to develop a data factory that can store more than 200 PebiBytes (225 million gigabytes) of data. 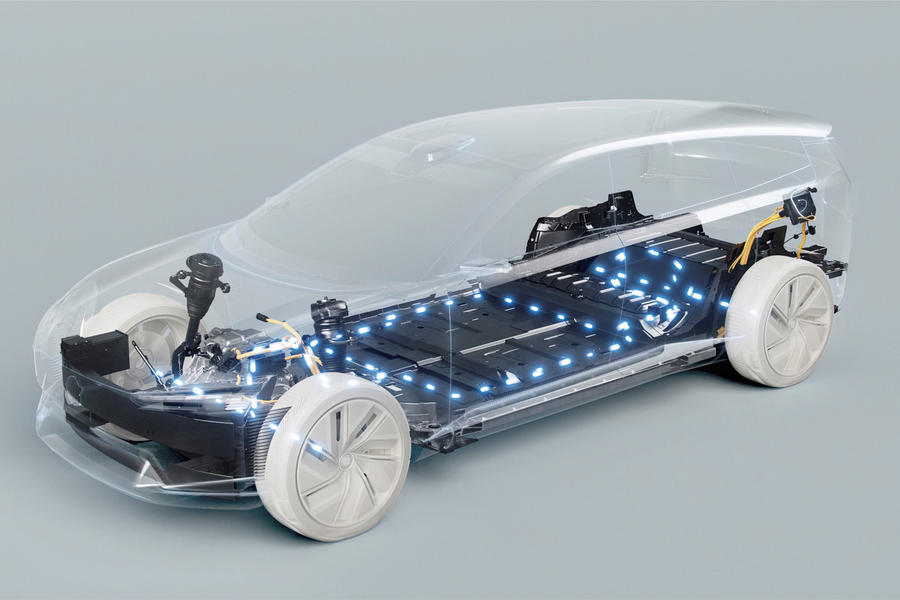 The Swedish firm will join the Volkswagen Group and other companies in shifting development of the software stack that underpins its models entirely in-house, and reflects the increasing importance of systems and software in the development of future vehicles.

Starting with Volvo’s next electric-only SUV due to be revealed in 2022, all cars will use VolvoCars.OS, which will be built with elements of systems including Android Automotive, QNX, Autocar and Linux. The system in each will be based around a new centralised core system, which Volvo says will greatly reduce the complexity of its vehicles.

Volvo says that the new system will allow for the implementation of in-car features including vehicle sensor data, new user interfaces and enhanced cloud-based features.

Volvo will also offer its OS to other manufacturers on a third-party basis. 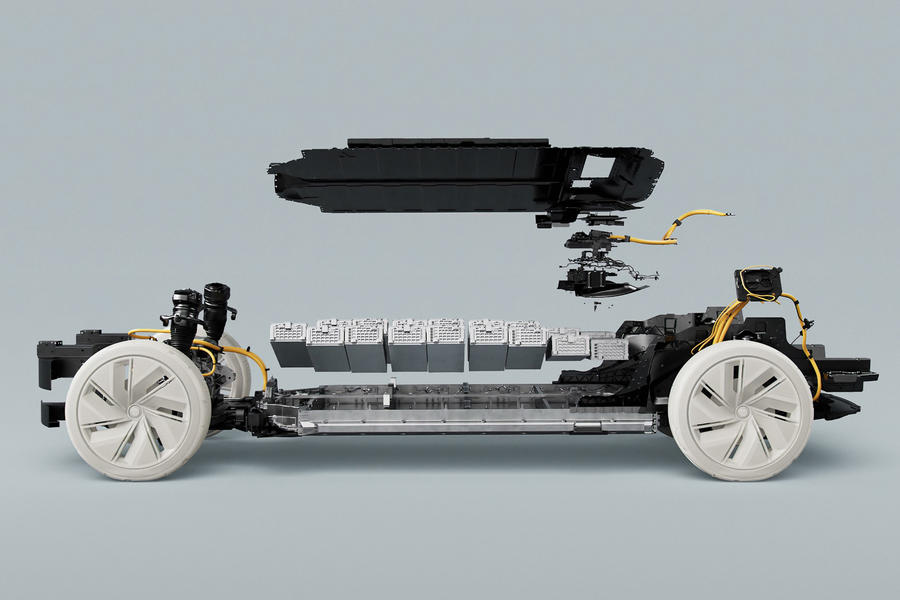 Volvo is working on battery technology with a density 50 per cent higher than its current technology, which it says will allow it to offer a 1000km (621-mile) driving range by the middle of the decade.

The Swedish firm says it will offer improved lithium-ion technology will be seen on its second-generation of electric cars, starting with the EV-only successor to the XC90 due to be seen next year.

By the third generation of electric cars due around 2025 Volvo says it will be abler to further improve the range and integrate the battery pack into the floor of the car, using the cell structure to aid the overall vehicle stiffness.

Volvo is working with Swedish firm Northvolt on the technology, and it says that it is aiming to break the 1000 Wh/l energy density mark “later this decade”. Volvo also says that the battery cells it plans to build with Northvolt will be produced using entirely renewable energy.

Volvo has expanded its partnership with Google to develop an enhanced version of its Android Automotive-based infotainment system that will include enhanced connectivity.

The next generation of the Swedish firm’s vehicles will switch to a new VolvoCars.OS operating system, which will include a new version of the firm’s Android-based infotainment. This will be built around a “large, centralised touchscreen” that will be offered in all future Volvo cars, and will feature a control system that takes a “minimalist and contextual approach” by giving “only the right and required information at the right time.”

The weird and wonderful world of Volvo concept cars

600 mile range sounds good. In truth 500 would be enough for me. Also sounds a good reason not to touch an EV until the developement pace slows down. It sounds as if in a few years the EVs of the time will make the ones on sale now seem like a car from the Flintstones.

Auto car you surpassed yourself, managed to use the word Swedish no less than 7 times for an indian owned company.

The back-up driver of an Uber self-driving car that killed a pedestrian has been charged with negligent homicide. Elaine Herzberg, aged 49, was hit by the car as she wheeled a bicycle across the road in Tempe, Arizona, in 2018.Investigators said the car's safety driver, Rafael Vasquez, had been streaming an episode of the television show The Voice at the time. Ms Vasquez pleaded not guilty, and was released to await trial.Uber will not face criminal charges, after a decision last year that there was "no basis for criminal liability" for the corporation.The accident was the first death on record involving a self-driving car, and resulted in Uber ending its testing of the technology in Arizona.