BACK TO ALL NEWS
Currently reading: How much of a fire risk are electric vehicles?
UP NEXT
Alfa Romeo aims to double production with new image

How much of a fire risk are electric vehicles?

A lithium ion battery blaze is almost impossible to put out. We look at why that is, how fire services are handling it and what can be done to minimise risks
Open gallery
Close

As more electric cars take to UK roads, attention is turning to their safety, in particular fire safety.

No matter that petrol and diesel cars can catch fire and many of them do (remember the spate of Vauxhall Zafira fires not so long ago?), an electric vehicle fire (there were 54 in London in 2019) commands a lot more attention. A few reasons: the technology is new, so newsworthy; EV fires are complex and often heralded by a highly toxic vapour cloud accompanied by a hissing noise and highly directional jets, followed, possibly, by an explosion; they can occur spontaneously; and putting out an EV fire is virtually impossible. You think it’s out and then it erupts again hours, days or even weeks later.

All this considered, it’s no wonder people are becoming concerned about electric car fires, not least those who have to put them out. Thankfully, fire services are developing strategies to deal with them. Bedfordshire Fire and Rescue Service, for example, has announced that in the aftermath of any incident, road traffic collision or fire involving an EV, “one of our attending fire engines will follow the recovery vehicle back to the unloading point at their yard to assist with any fires”. It also said it has developed a system that enables fire crews to identify what model of EV is involved in an incident and where its battery and isolation switches are.

Experts are divided on how best to tackle an EV fire but, generally, immense quantities of water to cool the battery pack (although this won’t prevent fire erupting again), a fire blanket to suppress the flames and breathing equipment for the fire fighters to protect them from the toxic vapour cloud is the standard approach. Either that or simply let the blaze burn itself out. Attempting to suffocate the fire with inert gases is ineffective because, being a chemical blaze, it does not require oxygen. Meanwhile, the surrounding area must be checked for discarded battery cells that could have been propelled from the battery pack by an explosion and might spontaneously ignite later. Following containment, the burnt-out EV must be removed and deposited in a compound away from buildings and other vehicles. (Some 25% of scrapyard fires are caused by spent lithium ion batteries.) More radical steps include immersing the car in water, although not sea water because chlorine gas can be released.

It all sounds quite alarming and a good reason not to buy an electric car, but Paul Christensen, professor of pure and applied electrochemistry at Newcastle University and senior advisor to the National Fire Chiefs Council, is keen to quell fears about EV fire safety, especially given the benefits the technology offers. 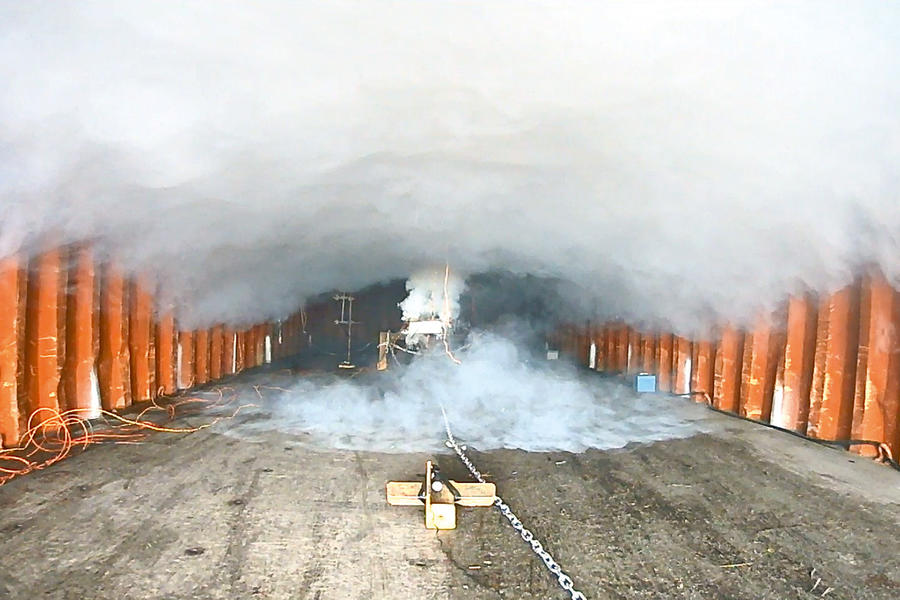 “As someone who assisted Nissan during the creation of its battery plant, I would, if I could afford one, have a Nissan Leaf tomorrow,” he says. “We don’t need to be worried about the small incidence of fires involving electric vehicles but we do need to be aware. A lithium ion battery stores a huge amount of energy in a very small space. Since 2008, the adoption of such batteries has outstripped our appreciation of their risks. We’re running to catch up but we will do.”

As part of his campaign to improve EV fire risk awareness among first responders, Christensen has, so far, presented to 30 of the UK’s 50 fire services, as well as to fire services in Europe, Australia and New Zealand. He begins each talk by describing the structure of a lithium ion battery cell. A sliver of aluminium, called the cathode, is coated with a mixed-metal oxide ink. It’s partnered by a slice of copper coated with graphite called the anode. In between them is a fragile, perforated plastic separator soaked in an organic solvent that contains a small quantity of additives whose identity is, troublingly, known only to the cell manufacturer. Depending on whether the battery is being charged or discharged, the lithium ions move either from, or to, the cathode and anode.

Then the professor gives his audience of firefighters their first shock. Full, a cell contains 4.2V of charge, but even when empty, it still holds 2.5V. A Nissan Leaf has from around 192 cells in 24 modules and a Tesla Model S over 7000 in 16 modules. That’s a lot of energy when the car’s power indicator says it has none. Full or ‘empty’, the risk of this energy escaping in an uncontrolled fashion is what some scientists believe leads to ‘thermal runaway’, when heat and gases fuel even higher temperatures and still more gases, including hydrogen and oxygen, in a self-fulfilling loop until the cells begin to burn and burst. A toxic vapour cloud develops, bringing with it the risk of deflagration. Once thermal runaway has started, no battery management system or circuit breaker can stop it. “A battery fire can be controlled but it cannot be extinguished,” says Christensen.

He has demonstrated in tests how perforating or otherwise damaging a battery pack, as in a crash, can cause it to catch fire. “If an EV’s battery case is dented, you have to assume it’s dangerous,” he says. Battery packs have been known to catch fire through overheating and while being charged. More worrying, a battery fire can erupt spontaneously, contamination of even just a single cell during its manufacture being one possible explanation. “Even the most experienced and careful manufacturers have defective electric cells passing through their very careful quality control systems,” says Christensen.

A battery flame is like a blowtorch that will quickly ignite anything in its path, which is why Christensen wants councils and other organisations to consider EV safety risks in underground car parks, as well as bus depots where vehicles are parked side by side. “In Germany, three bus depots have gone up in flames in the past six or so months,” he says. “Tunnels, ferries, car parks, cargo ships transporting EVs – all the places you find electric vehicles should be considered a safety risk and the appropriate steps taken.”

When all else fails… 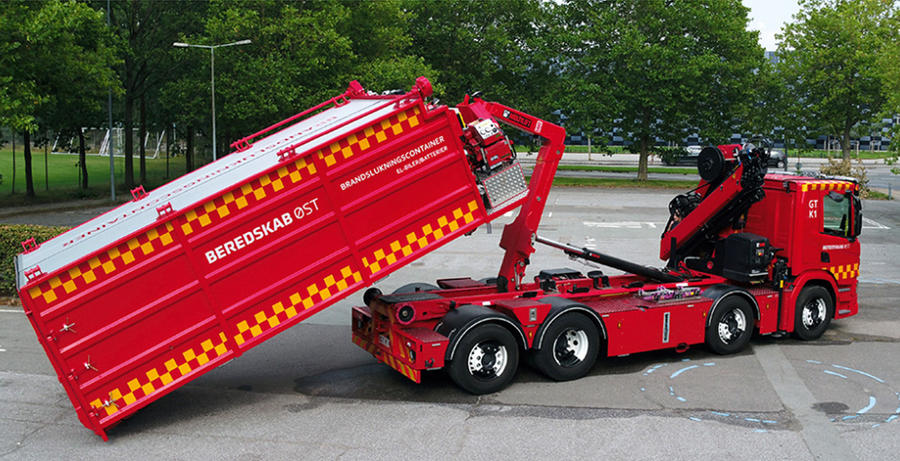 For electric cars that are on fire or at risk of being so, the fire service in Copenhagen, Denmark, has developed a truck-mounted vehicle containment solution. The smouldering EV is lowered into the container, which, like a skip, is then hoisted onto a flatbed truck. Nozzles in the floor and sides of the container allow water to be pumped into it. Once full, container and car are taken to a safe storage area and left, possibly for weeks, until the vehicle is no longer a hazard. All being well, the water is then filtered and treated for its safe disposal.

In their pure forms, the alkali metals (lithium, sodium, potassium, rubidium, and cesium) are soft, shiny metals with low melting points. Alkali metals react readily with air and moisture. Due to their reactivity, special precautions must be taken when using and storing these metals.

Yeah, the aircraft companies already had this problem with transporting lipo batteries that suddenly combust and are difficult to extinguish. Lithium is one of those elements that is so reactive that it has to be stored in oil, if you remember chemistry classes you will know the stuff so putting water in the resultant fire will make matters worse.

Last week a car transport ship carrying about 1500 Porsche and a hundred fifty Bentley and nearly 4 k VW caught fire due to a battery fire they could not extinguish. Crew abandoned ship , have not heard what happened after but..... no doubt insurance companies will be asking a few questions!!!!!

Last week a car transport ship carrying about 1500 Porsche and a hundred fifty Bentley and nearly 4 k VW caught fire due to a battery fire they could not extinguish. Crew abandoned ship , have not heard what happened after but..... no doubt insurance companies will be asking a few questions!!!!!