BACK TO ALL NEWS
Currently reading: The future of Alpina according to boss Andreas Bovensiepen
UP NEXT
2024 BMW X3 primed to take on Mercedes-Benz GLC

The future of Alpina according to boss Andreas Bovensiepen

As BMW celebrates its centenary year, boss of partner Alpina Andreas Bovensiepen opens up about the future of his firm
Open gallery
Close

Owner Burkard Bovensiepen was interested in cars, however, and wanted to improve the performance of his Fiat 124. The twin-Weber carburettor kit he built for it added the required pace, but the Fiat’s engine blew up a short while later.

So, he decided that a more reliable car was needed, and chose a BMW 1500. From there, the relationship between Alpina and BMW blossomed into what it is today: a close partnership that allows for Alpinas to be part-built on BMW production lines before they head to Alpina’s Buchloe factory, about an hour’s drive west of Munich, for final assembly.

With BMW currently celebrating 100 years of production, it seemed like the ideal time to grill Andreas Bovensiepen, son of Burkard and the man who now runs Alpina alongside his brother, Florian, on the future of the brand.

Today, Alpina produces around 1700 cars a year, mainly for the US, Japanese and European markets (with Germany and the UK accounting for the lion’s share of sales in the latter). The brand is also pushing into new territories, including, of course, the potentially lucrative Chinese market.

Bovensiepen thinks volumes of 2000 to 2500 units a year are realistic and important to meet continuously rising development costs. However, he says it’s equally important to keep the exclusivity that’s core to those patrons of the brand.

Bovensiepen puts it this way: “We are twice as exclusive as Rolls-Royce, because we make only 50% of their [number of] cars. We have a lot of customers that come to Goodwood, or the Frankfurt show, the Tokyo show, and we know their names. A lot of customers like this personal experience.” 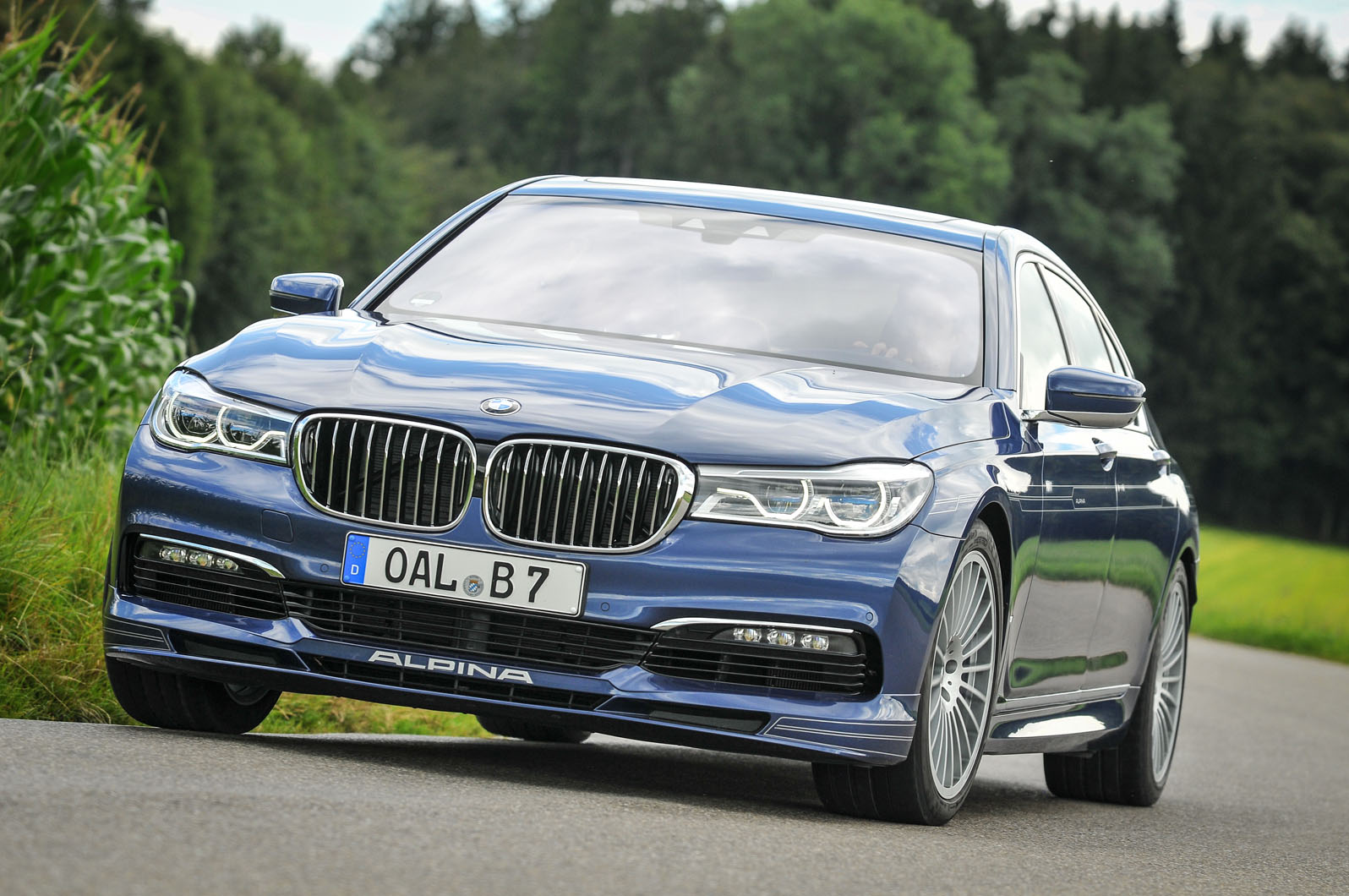 So with the emotional hook of Alpina seemingly in safe hands, what about the technical side? Historically, Alpina has embraced new technologies, turbocharging being a good example, so what about hybrid powertrains?

“I think we will do so, and it’s a very interesting technique,” he says. “It’s very good if you are early in the market. But if you are too early, and the customers are not ready for a product, then you spend a lot of development money.” So, is the worry that the market is not big enough to pay for these costs? He agrees: “Currently there’s not enough momentum, especially in Europe, for petrol hybrids from our clientele.”

Bovensiepen feels there are further challenges to overcome with hybrids, such as improvements to the charging infrastructure, and also because of how people use Alpinas. They tend to travel long distances, beyond the city limits that suit hybrids best, so he doesn’t feel that they are a suitable solution for the brand at present.

“Currently, the diesel is still the best and most efficient choice for our customers who like to save fuel and drive a sporty car. So within the next five years, diesel will still play an important role for us.” However, he emphasises that this will continue to involve improving Selective Catalytic Reduction (SCR) techniques using DeNOx catalysts with AdBlue to make them as environmentally clean as possible.

There’s another issue with going down the hybrid route, and that's one of engine configuration. The current generation of BMW hybrids are focused on three and four-cylinder engines, and this is something Bovensiepen thinks wouldn’t suit his customer base. “Our customers still need [a minimum of] six cylinders, and it would be very costly if we made our own solution.”

So how will Alpina be able to meet the future European emissions legislation? By selling fewer than 1000 cars a year in Europe, it currently gets special dispensation on CO2 levels. While BMW, like all large car makers, will be required to have its range meet an average CO2 target of 95g/km by 2020, smaller companies, such as Alpina, are excused. Bovensiepen is confident that the European Commission will not do anything to damage his business, or other small outfits. “The legislation will not destroy small companies,” he says.

However, Bovensiepen isn’t arrogant and knows Alpina will have to meet new challenges. In 2006 it invested €12 million (£10m) in a state-of-the-art development centre. Among its facilities are five engine test bays and an exhaust dynamometer, which even BMW makes use of by sending all of its new models for Conformity of Production testing, to ensure they meet current emissions regulations. But for Alpina it’s a vital tool that enables it to react quickly to changing legislation and develop new products. “When we see there is coming momentum [such as for hybrid drivetrains] then we are quick in development,” says Bovensiepen. “We need only two years, then we are ready.” 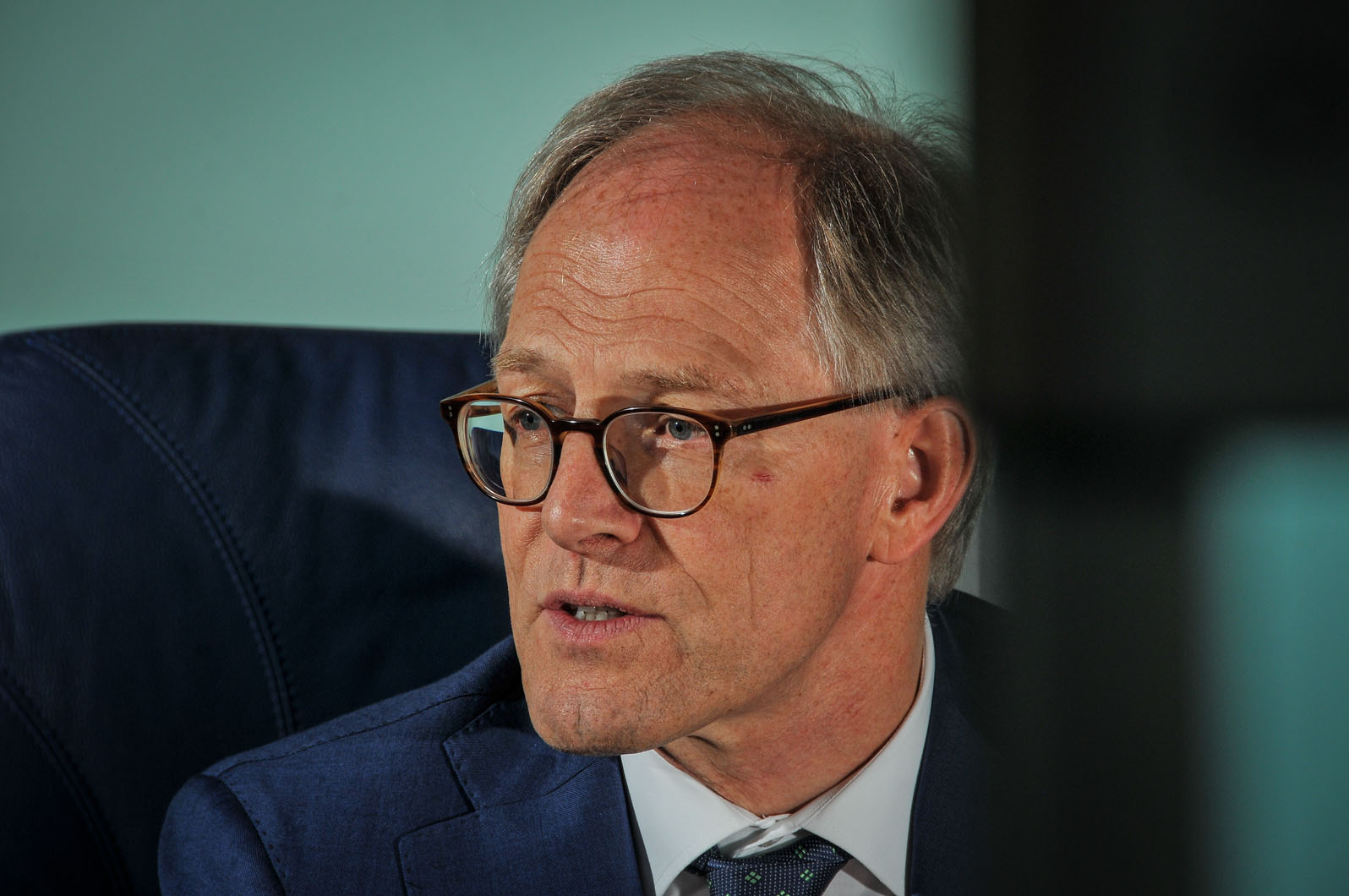 So what about the chance of a standalone Alpina coming soon? “Never say never,” he says. “It’s come up a couple of times before.” At the end of the 1970s, BMW asked Alpina if it wanted to continue with the M1 project, then at the beginning of the 1990s Giugiaro asked if Alpina wanted to bring to life the 6.0-litre V12 Nazca M12 supercar concept it had produced. Neither happened, and Bovensiepen is realistic about any future projects. These days, the demands of crash safety and the quality expectations of customers make it a tough ask. “Still, McLaren did a great job,” he concedes, “I think with a lot of investment money from Saudi Arabia. But it’s much more complex today.”

Alpina appears to be in good shape. Sales are buoyant and moving in the right direction, and while it’s not looking to rush into new areas of drivetrain technology just yet, there’s a confidence that it can pull the trigger and develop quickly when it needs to. But the most important aspect is that Alpina is listening to its customers and supplying them with products they want.

That sounds obvious, but when there’s too much detachment at the top of a company, it’s something that can easily be forgotten. Bovensiepen, like his brother and father, lives in a house in the grounds of the factory; you can even see it from the trim shop. They live and breathe the product, and this, perhaps above all, should see the company through to celebrate its own centenary, in 49 years’ time. We certainly hope so.