BACK TO ALL NEWS
Currently reading: RAC adds Renault Zoe to patrol van fleet
UP NEXT
2025 Volkswagen ID 1 is Spanish-built, £17,000 entry EV

The RAC has added the Renault Zoe to its fleet on a trial basis, becoming the first major breakdown service company to run an electric patrol van.

The firm has taken delivery of the new van version of the French city car, launched last year, which it says is “one of the few EVs on the market capable of carrying the necessary tools and parts needed to fix four out of five breakdowns on the spot”.

The Zoe, with an official range of 245 miles, will be primarily used to deal with the two most common breakdown types: flat batteries and flat tyres. It will carry up to six replacement 12V car batteries, two tyres, a trolley jack, a battery tester, the RAC Scan diagnostic tool and a host of standard patrol tools. 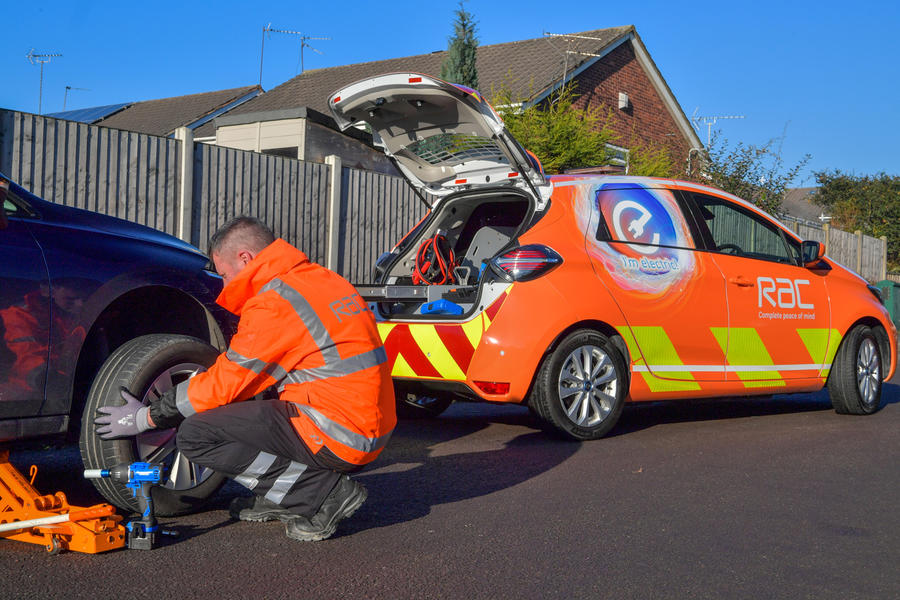 The Zoe isn't certified to tow, unlike the RAC’s current fleet of larger, diesel-engined vans, so it will be focused on roadside operations in urban and rural areas, rather than recovery.

“We've been assessing various electric vans for some time but have been frustrated by the fact there isn’t one on the market that can do what our diesel-powered patrol vans can do at the moment, in terms of carrying 500 parts and tools and towing broken-down vehicles, with a range that’s even half what one of our standard vans can do on a full tank.

“While we continue to talk to manufacturers about our requirements, we’re confident we can put an electric RAC patrol van into effective use on the road by carefully deploying it to jobs that won’t require towing.

“This first RAC all-electric patrol van may be small, but it’s easily capable of successfully attending nearly half of the breakdowns we get called out to on a daily basis. We’re confident it will prove the old saying that good things really do come in small packages.”

Surely an EV version of an actual van would make more sense? Or are they running a Zoe just as greenwashing. Its hard to tell if the real vans what the fuels them, but with a Zoe it can only be one.

I suppose the big stickers on the sides might be a clue though ..   :)

There aren't many on the market with a long enough range. Stellantis have few but their offical range is small. Berlingo, for example, as an offical range of 170, so realistically 120-130ish. That just isn't long enough I would expect. The next size up Dispatch, with a bigger battery, is 205 miles. However, it costs a lot more than the Zoe, probably around 10-12k more. I think this is a toe dip in to it for RAC, to see if it can be done.

Seems like a good addition, but it does highlight that EV Vans have some big limitations for real world use.