BACK TO ALL NEWS
Currently reading: What were the best-selling performance cars in 2021?
UP NEXT
2023 Lamborghini PHEV supercar: Aventador successor spotted

What were the best-selling performance cars in 2021?

The BMW Group dominated the chart, but there were also a few surprises from the latest DfT figures
Open gallery
Close

BMW Group brands dominated the UK performance car market for the first three quarters of 2021, taking nine of the top 20 best-seller spots, including the outright win.

The Mini Cooper S topped the chart, with sales of 4171, beating the Toyota GR Yaris, which had a stunning run to place second with 2963.

The figures, compiled by Autocar from data from the Department of Transport (DfT), give new insight into a market that’s well publicised but where sales figures are tightly guarded by car makers.

Success in selling performance cars helps the manufacturer in two ways, firstly by raising the price of a base model and thus (hopefully) increasing margins.

Secondly, they act as a halo model to focus attention on the rest of the range.

This last aspect is key, reckons Oliver Petschenyk, powertrain analyst for analyst LMC Automotive. “The majority of performance variants of vehicles are flagships that generate publicity for the vehicles and indicate what pinnacle of engineering the company is capable of,” he told Autocar. 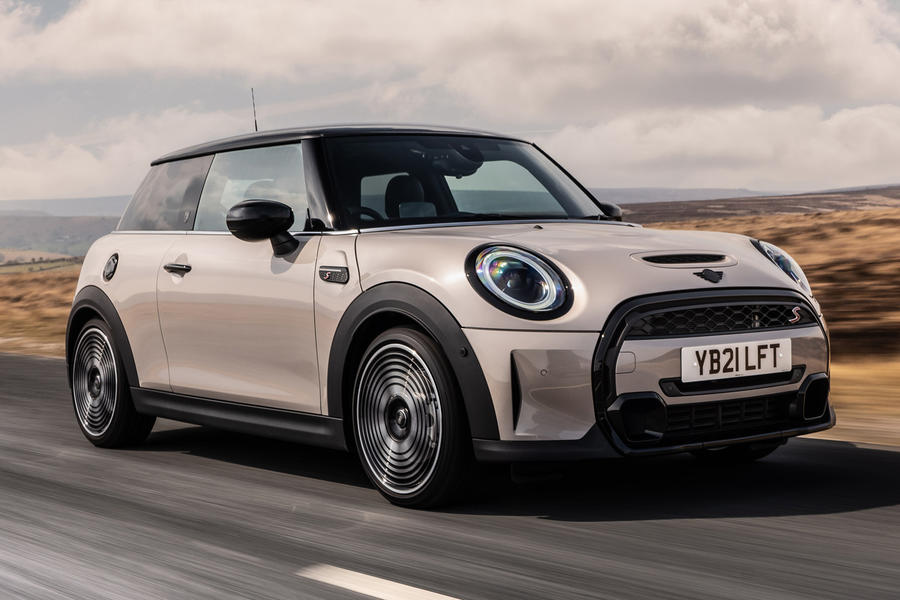 BMW’s success in the UK was repeated globally last year. The company posted a record 163,542 sales of its M cars last year, a rise of 13% from the year before. BMW separates its M models into ‘high-performance’ and ‘performance’, with the latter including models like the BMW M135i, which finished third in the DfT figures with sales of 2831, and the M340i, which came eighth.

The data shows the Volkswagen Golf GTI remained a key performance model for Brits in the first three quarters of the year (DfT data is posted three months after the period ends, hence why we’re not using full-year figures).

We debated about including performance versions of SUVs in the table, but, given the popularity of the bodystyle, it felt wrong to ignore cars like the Mini Cooper Countryman S (fifth most popular) and the Ford Puma ST.

The marketing benefit of high-powered models is seen very clearly in the rise of the trim levels referencing that performance version visually but lacking their power and chassis modifications. The best-selling Ford for the period was the Puma ST-Line, the best-selling Mercedes was the A-Class A250 AMG Line, the best-selling BMW was the 330e M Sport and the top-selling Audi was the Q5 S Line. You get the idea. Brits like to be seen in the sportiest-looking cars, even if the go under the bonnet doesn’t quite match the show.

Normally hot hatchbacks don’t stray too far from the blueprint of the original, but Toyota chucked that wisdom out of the window with the GR Yaris. The Circuit variant (by far the most popular, taking 2705 of 2963 sales) was incredibly Toyota’s ninth best-selling model variant for the period, beating the far more humble Yaris Excel.

The transformation to make this four-wheel-drive homologation special wasn’t cheap, and Toyota has admitted as much, saying that it was built more as a marketing tool than for single unit profitability, but it might have paid off.

The Yaris Design was the top-selling car full stop in the first nine months, with 10,970 registered, while the Yaris overall was UK’s 10th best-seller for the full year, according SMMT data.

Electric cars crept into the performance top 20, with the Tesla Model 3 Performance in sixth and the Porsche Taycan 4S managing 18th.

Car makers will welcome electric as a way of expanding the model range into high-priced versions, reckons LMC’s Petschenyk.

With ICE models, the high-performance engine, gearbox and driveline system has to be designed, calibrated, homologated and produced, which is an expensive process. “However, EVs offer the potential to use the same batteries and powertrain across different variants with minimal calibration and homologation,” Petschenyk said.

Motors can be uprated and additional battery modules added with minimal fuss but offering startling performance in many cases. “I believe performance flagships will remain into the electric era,” he said. “I also believe these may be considerably more profitable than ICE equivalents.”

It's a bit arbitrary isn't it, as to what's a performance car and what isn't. For example, the Tesla Model 3 Long Range sold more than any of the cars listed, gets  to 60 in just over 4 seconds and goes round corners as well as several on the list, yet doesn't appear?

si73 10 February 2022
Surprised there's no Hyundai N in there, i20 maybe not as it only came out at the end of the year but the highly praised i30 I would've expected to see in the top 20, either would certainly be my top choice, the only cars in that list that I would want are the MX5 and GR Yaris, maybe an up GTi.
Also surprised the Toyota 86 isn't in the top sellers list, another one that I would like and would choose over the rest on the list.
Clearly my preferences are a minority though as they clearly didn't sell that well.
Oh, I suppose an abarth 500 is too old to be a good seller, I'd still have one though.
splurgegun 10 February 2022

Si73, the GT86 ended production in 2021, sales were slowing anyway due to it being 8 years old, not sure when Toyota start taking orders for the GR86 in the UK

JJ 10 February 2022
Surprised the Focus ST is nowhere to be seen in the top twenty....
close