When Dodge withdrew from the UK in 2010, it was the end of a long but fairly unsuccessful relationship that went back as far as 1922.

American cars rarely suit the tastes of the British buyer, and it has often been just as rare that we get the chance to test them.

In fact, when Autocar drove the Dodge Royal Custom on 27 September 1957, it was the first time we’d been behind the wheel of one of the Michigan-based manufacturer's cars since 1938.

The Royal Custom is the kind of luxury Yank saloon that looks most at home at a drive-in cinema or prowling along in the background of a shot from Grease. It was top of the range, above the Royal and the Coronet.

“With an overall length of little less than 18ft and a width of 6ft 6in, the Dodge is clearly a very big car, easily capable of carrying six people in comfort, and, one would judge, all their holiday luggage in the locker with room to spare,” Autocar began.

First driving impressions were good: “The essential character of the model is disclosed by the wonderfully comfortable ride, the ease of driving, and the freshness with which occupants arrive after a long journey.

“High average speeds are disguised by an impression of leisurely progress, the large, 5.3-litre engine making very light work of the acceleration and speed normally used on give-and-take British roads.”

Our test car came in at a fairly hefty £2040 (equivalent to around £44,365 today), but that was in part because of its long list of plush options, which included automatic transmission, a radio, heater, demister, heavy-duty suspension, right-hand drive, power-assisted brakes, electric windscreen wipers, reversing lights and an electric clock. That’s one hot chariot.

The national speed limit wasn’t introduced until 1965, so the Autocar testers of this enlightened time immediately drove the Custom Royal abroad to a Continental autoroute for speed testing. They concluded: “The Dodge reached a true 108mph in both directions. In more favourable circumstances, it should certainly be possible too exceed this figure.

“In practice, even on real motorways, few drivers are likely to travel so fast; they will be impressed primarily with the acceleration up to the cruising speeds of the choice. For instance, the 245bhp engine can propel the car from rest to 30mph in only 3.7sec, 60mph in 11.5sec, and up to 80mph in 21.3sec.” 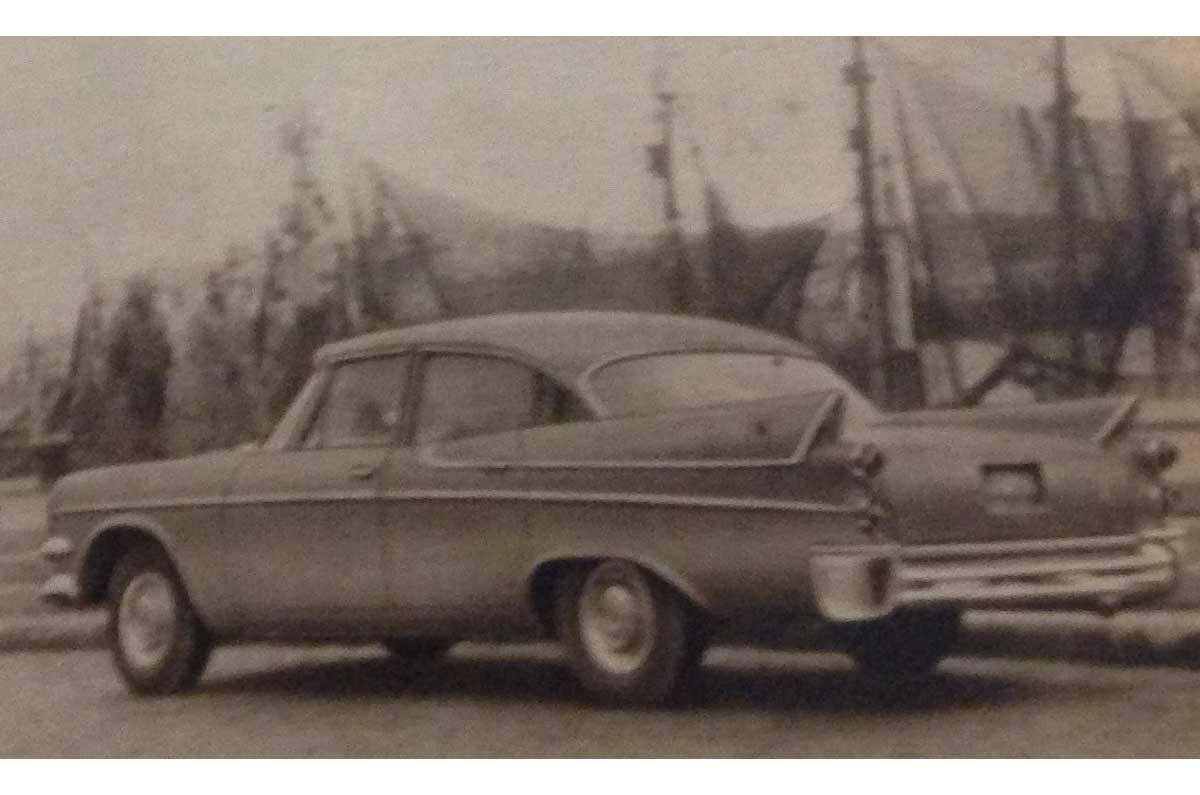 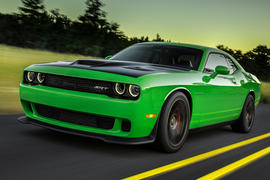 It wasn’t too much for the car to handle, either: “This is acceleration of tiger character, yet achieved with finesse,” we reported. “On a dry, concrete surface there is scarcely a trace of wheelspin even when the throttle is snapped fully open while the car is at a standstill.”

The automatic transmission was rather complicated, consisting of two modes – one for fast driving and another for around town.

Wind noise was a big downfall, though, being audible even at town speeds and adding to the hugely noisy engine on the motorway.

Ride and body control were good, meanwhile, with “no inclination toward that slow rising and falling motion which tends to cause travel sickness.”

Although the steering lacked power assistance and the wheel needed five and a half turns from lock to lock, the car didn't require a workout to manhandle it.

“A particular pleasure in driving the Dodge is the positive feel of the steering. It gives an impression of good design and precision manufacture, and is delectably light at all but manoeuvring speeds.”

The braking was well designed, too, needing a mere touch for an instant reaction, although it wasn’t without its flaws, with fade and unevenness presenting themselves: “Clearly one could not rely entirely on the brakes on fast descents through mountainous territory, but the test staff found that in all normal driving retardation was adequate, and particularly good in the lower speed range.”

Seating inside was comfortable, providing “abundant comfort for all the occupants,” although “tall passengers might like a little more leg room at the rear (which it would be reasonable to expect in such a long car).”

Naturally, the boot was huge. In fact, it was no less than 5ft 3in from front to back and 6ft 2in from side to side.

All in all, it was a positive reaction from our road testers, who seemed to believe that if not for its size and expense, the Custom Royal could have proved truly popular.

“This model is not designed for those for whom fuel consumption is of much consequence. In fairly quiet driving the mpg rises to 16. Full use of the power can bring it down to 12,” our testers reported.

20 October 2016
Great article but I'm not sure you're right with the calculation you've made about today's cost of the vehicle. In 1957 a good wage would have been £8 a week and it would take five years to buy it. Call a good wage for today around £40k and multiply by five. £200000 is a lot of money for any car when you're on £40k a year! Having said that, you could probably sleep in something that big...

20 October 2016
Great stuff. Clearly, relying on the brakes to slow you on a mountain would be ridiculous! And the trunk is roughly the dimensions of a double bed. The addition of a mattress and a tarp would create a fun camping car.

20 October 2016
Just checked on an inflation calculator site and £2040 does correspond to aboit £44k today , I suppose it's nearest equivalent today that is available in the UK would be a Chrysler 300c , which is around that price now.