BACK TO ALL NEWS
Currently reading: Promoted | Video: why the Ford Puma is an Autocar Awards Game Changer
UP NEXT
Toyota bZ4X concept is brand's first bespoke electric car

Promoted | Video: why the Ford Puma is an Autocar Awards Game Changer

In this year’s Autocar Awards, we named the new Ford Puma a Game Changer – one of a select group of cars that, in our opinion, defy conventions for their class.

Stylish, comfortable and well-equipped, the Puma melds everything you need from a compact crossover, adding the fun handling of a small hatchback and a powerful and economical 1.0-litre mild-hybrid engine for good measure[1].

The Puma is the first small SUV we’ve named a Game Changer, and it sits in a privileged pack for 2020 alongside the Porsche Taycan, Aston Martin DBX and Polestar 1. That’s why we asked Autocar’s Mark Tisshaw and Tom Morgan to explain in more depth why it’s such a unique standout model – and why it deserves our top accolade.

To find out more about the award-winning Ford Puma go to ford.co.uk

The Ford Puma’s swooping curves definitely turn heads in a typically conservative crossover class, but it’s the way that the new Puma drives that really grabs your attention – elevating it above its rivals to make it a true Game Changer.

Ford’s engineers have a proven reputation for crafting fun-to-drive hatchbacks, such as the Focus and Fiesta, and the new Puma comes from the same mould. Ford has once again rewritten the rules for what to expect from a typically pragmatic car, with a driver-friendly appeal that harks back to the original Puma of the 90s – a low-slung 2+2 coupe that blended rev-happy engines with eminently chuckable handling.

The modern Puma uses the same B2 platform as the outgoing (and widely praised) Fiesta – subtly lifted and widened to meet the new Puma’s crossover brief. That means it doesn’t feel like an SUV to drive, according to our Autocar road test team.

“The Puma was clearly intended to be a crossover hatchback that would handle before it left the designer’s sketchbook,” we outlined in our 4.5-star review. “It’s remarkable how clearly this car stands apart from its rivals in a class that has until now struggled to produce anything genuinely appealing to drive.

“The keen, level, agile and engaging handling makes you question whether you’re driving a crossover at all,” our road test team said. “The car could easily pass for a well-sorted, athletic-feeling hatchback.” 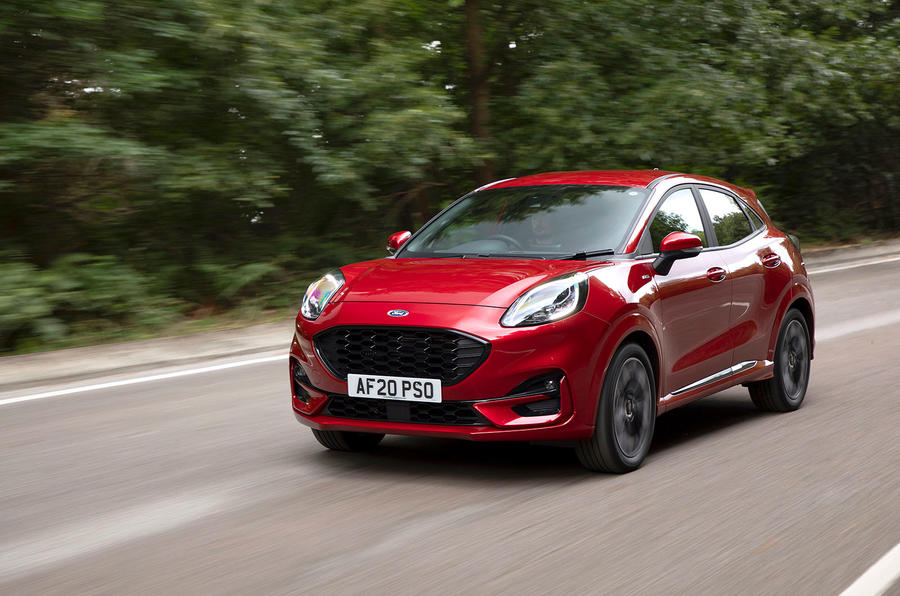 The second element of the Ford Puma’s impressive performance is a hybrid engine that blends power and efficiency in equal measure. Under the new Puma’s bonnet is a 1.0-litre three-cylinder EcoBoost engine that, in key models, is partnered with a 48v mild hybrid. Available with either 123bhp or 153bhp, this compact powertrain gives the Puma a torquey, responsive feel – especially in low- to mid-range acceleration.

“The fact that [the Puma] was almost 7.0sec (about 40%) quicker from 30mph to 70mph in fourth gear than the 1.0-litre turbocharged Juke illustrates the difference made by Ford’s hybrid system” said our road testers.

Drive Modes let you pick the driving style between Eco and Sport to suit your mood, with Slippery and Trail modes if you’re looking to tackle slightly dicier road surfaces. 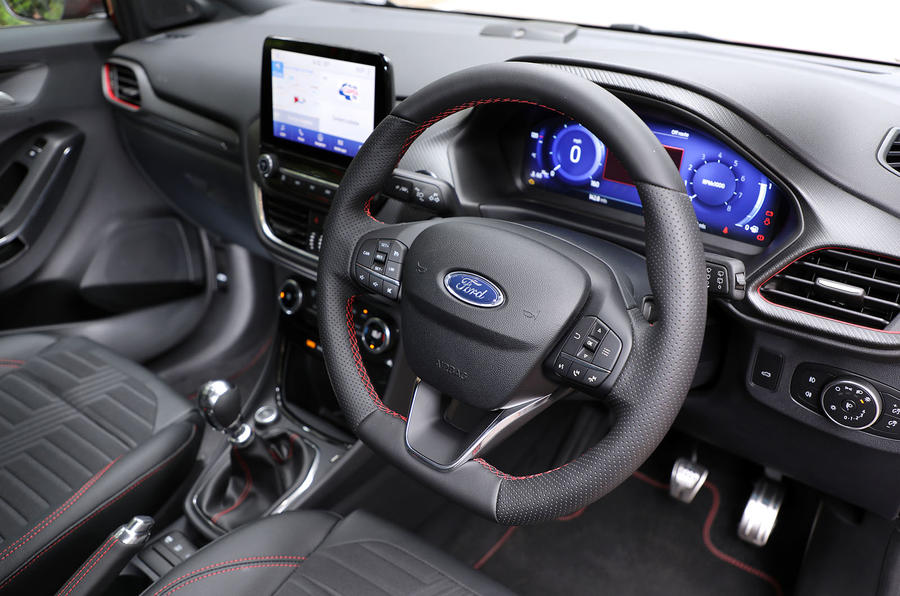 Refinement in simplicity (and practicality)

As a modern family-friendly SUV, the Ford Puma also needs to be cosseting and practical to use in equal measure, and the new Puma’s cabin is stylish and functional without being cluttered or complicated, thanks to a high-tech all-digital dashboard.

Key information is displayed to the driver via a crisp 12.3” digital instrument cluster on the ST-Line trims, while every Puma includes Ford’s Sync3 infotainment system – with a responsive 8.0in touchscreen that makes browsing the sat-nav, DAB radio, Apple CarPlay and Android Auto a breeze. FordConnect is also standard, adding a 4G wi-fi hotspot with connectivity for up to 10 devices.

Cruise control, lane-keep assist and autonomous emergency braking are standard, while the optional Driver Assistance pack adds blind-spot warning, cross-traffic alert, adaptive cruise control and traffic jam assist systems. Finally, Active Park Assist takes the stress out of parking – identifying suitable spaces before steering you in. All you need to do is operate the throttle, brakes and gears[2].

Rear passenger room is good too, actually yielding more leg room than the Fiesta on which the Puma is based. The 465 litres of rear boot space[3] is perfect for families, while an ingenious addition is the Mega Box – an 80-litre under-floor storage cubby that’s perfect for tall loads (such as golf clubs or pot plants), with a plug in the floor that lets water drain out for dirty loads or easy cleaning.

In short, the new Ford Puma is a stylish, practical, well equipped, fun to drive compact crossover – the likes of which we really haven’t seen before. And for that reason, it’s our Game Changer for the 2020 Autocar Awards. 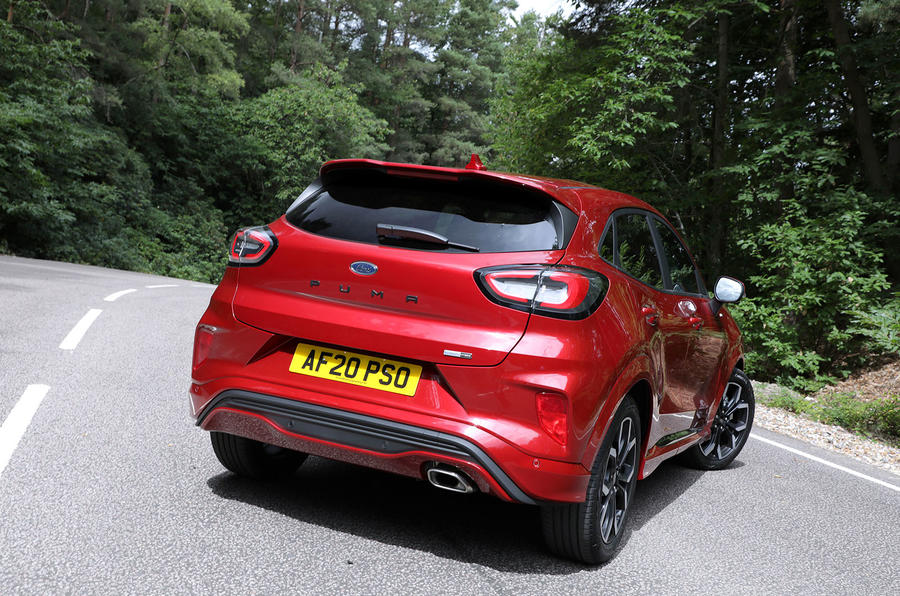 To find out more about the award-winning Ford Puma go to ford.co.uk

[3] Cargo and load capacity limited by weight and weight distribution.