BACK TO ALL OPINION BLOGS
Currently reading: How to nail a World Rallycross race start
UP NEXT
Matt Prior: Sometimes being a car journalist is a pain in the back

How to nail a World Rallycross race start

Drag racing aside, World Rallycross Championship cars are pretty much the quickest things on four wheels.

Based on humble hatchbacks but extensively re-engineered into almost unrecognisable machines, they make use of tremendous traction and heavy boost to launch off the line quicker than even Formula 1 cars.

This start performance is not just staggering, it’s also highly important. This is because the races can be as short as four laps long, meaning a fluffed first few hundred metres will pretty much end all hopes of a good result.

Guy Wilks, Britain’s sole remaining entry in this year’s WRX championship, has plenty of all-wheel drive competition experience to his name. Ahead of his final qualifying race at the season's Circuit de Catalunya round, we ask him how he nails a start in his JRM World Rallycross Team Mini Countryman.

“We’ll do a tyre clean before we roll up to the start. It’s just to get dirt and debris off of the tyres and warm them a little, but we don’t want to warm them too much because these tyres are actually cross-ply, not radial, so if you heat them too much they start to move more and more.”

Wilks says while the tyres do have a manageable operating window, multiple starts can quickly damage them. “One clean usually does the job,” he confirms. 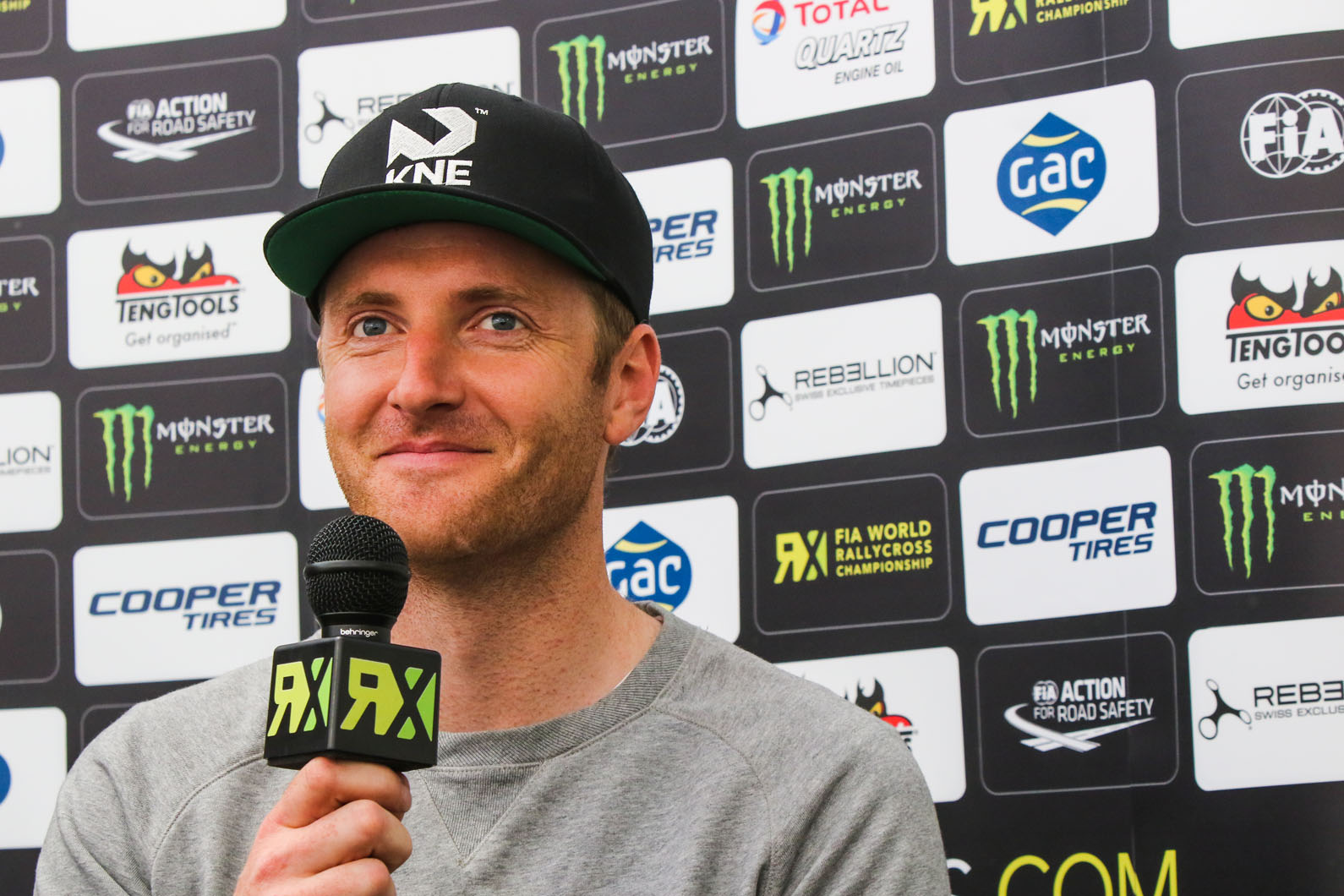 “We roll up to the start line, and the start marshal brings us 10 to 15 centimetres from a trigger point. The trigger is a little rod that sticks up in front of the bumper to recognise a jump-start,” he continues. “If we’re too early, we’ll knock the trigger down and that signals we’ve jumped the start.”

Once in position, the start procedure begins. Wilks' routine is slightly different to most, because his car’s gearbox is still under development, so isn’t yet able to make good use of first gear.

“I’ll engage second straight away - I have a short first ratio in the Mini, so I start it in second, because in first it spins the wheels for too long,” he explains. “To grab second it’s a double click of the gear lever.”

Observations of earlier starts show that this initial gear selection jolts the car as it sits on the line, such is the brutality of a racing sequential gearbox. There’s also a loud thud as the cogs are forced into place.

Wilks carries on: “At this point, the clutch is obviously in, and anti-lag [ALS] is on. ALS keeps the turbo spinning so I get no lag off the start line,” he says.

It’s now that Wilks can press the launch control button on his steering wheel. “The launch control is like a rev-limit so I can go full throttle,” he says. “We’ll have set the rpm limit for the launch depending on whether the start is uphill, downhill, and how grippy or slippy it is.”

In Barcelona, Wilks' launch control limiter is set to 5200rpm. “That's to get just enough wheelspin not to bog [down the engine], but not too much that we drag it for a long period of time, because obviously we’d go slower – we want traction.”

Having selected the right gear and primed the car’s launch system, Wilks pulls the handbrake on so he can release the footbrake. “I’ve got to make sure I don’t pull it too tight because we don’t want to release the rear differential,” he adds. “Only pull it just enough to hold the car so it doesn’t roll.”

Wilks' focus now turns to the red lights ahead. “When they come on, they’re on for four seconds,” he explains.

Now Wilks floors the throttle to send the car’s turbocharged four-cylinder engine bouncing into its 5200rpm limiter. Exhausts start blasting unburnt fuel out like gunfire, and the drivers, eyes locked ahead, are now breathing heavily.

“We’re watching for the start lights – the green ones – as they can come on from anything between two to six seconds after the red lights go out,” explains Wilks. “So that window of time is completely random. The pressure is immense.”

As soon as the green lights flash on, Wilks releases the launch button, sidesteps the clutch and pulls the handbrake off all at the same time. “I do all these things simultaneously, and the foot’s already flat to the floor.”

Now the launch button’s released, the engine is free to rev to its maximum. “But with the loading from the traction, the engine revs get dragged down to the point of not stalling,” explains Wilks. “The revs are just above stall, so you get a little bit of wheelspin, and then traction!”

Wilks now bangs through the gears as quickly as possible, with the car’s nose angled towards the sky and its exhaust violently spitting flames.

“If you get a really good start and the surface is flat, Petter [Solberg] proved yesterday that you can hit 0-62mph in 1.9, even 1.89 seconds. It’s real pinning in the seat stuff,” says Wilks.

“Do all that and put five abreast into the first corner, and you can imagine the pressure…”

That clip was superb, I'll have to try and get tickets for the UK race next year.