BACK TO ALL OPINION BLOGS
Currently reading: A gentle soul... and bloody fast: remembering Richard Burns
UP NEXT
Matt Prior: Bring back the beach buggy

Fifteen years on from his death, we pay tribute to a WRC legend
Open gallery
Close

Strange what you remember, isn’t it?

It was a sad surprise this morning to look at social media and discover it was 15 years since Richard Burns’ death at the age of 34 from a brain tumour. I was in the bath and a bit broken when I heard that sad news of his passing, but remember better being lucky enough to be in Cardiff, muddy and a bit cold, to cover his world championship win on the exact same day 19 years ago. In this case, happy memories stick harder, thankfully.

Aged 25, I won the lottery without realising it, getting a job to cover the World Rally Championship from 1999 to 2001, to date probably the golden era for British talent in the sport, with Burns and Colin McRae winning rallies in fast, high-tech but still sideways cars developed by big-spending manufacturers for a media audience drawn in by the sheer variety and spectacle of the sport.

I was working for Motoring News (MN), now Motorsport News, alongside its legendary world rallying correspondent David Williams, who was the ideal conduit for a raw, and frankly until then not rally-mad, writer to meet the teams and drivers.

I’d come from Formula 1, which was massively media managed, yet inside three events, I had the mobile numbers for them all - and they almost always answered my calls. In fact, it was only recently that I deleted Richard's and Colin’s numbers from my phone, this tenuous link gone but so, too, the sadness whenever I happened upon them.

But this isn’t a tale of friendship lost. I liked both, admired them more and spent some good time with them, but never got much beyond spending a few minutes and sometimes hours here or there with them. Enough to get insights, not enough to really know them.

I remember arriving at the third event I covered, the Safari Rally, armed with some copies of MN, knowing the teams had gone straight from Sweden to Nairobi in order to start testing, thereby missing our coverage. On the way to the service area, I walked past Richard but was too shy - and not a little too awkward back then (probably as now) to do more than nod a hello and walk on, but noting he was looking at me quizzically as we passed. 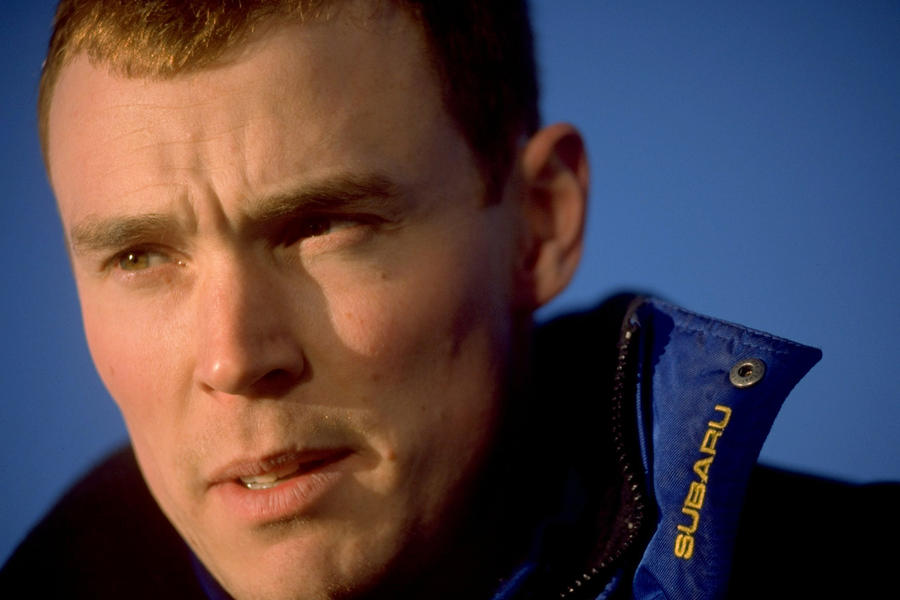 Thirty minutes later, I saw him again and he marched up, smiling. “Next time have a chat, and don’t make me go and ask the team for a copy of the paper: I want my own!” I was mortified, but I quite liked the directness. Quite liked that he wanted to read my words, too, most of the time; occasionally he'd point out my mistakes, firmly but fairly. But from then on, he always got a copy whenever I could, and he never failed to say thanks - sometimes taking the time to say it even when I was interviewing him at a service halt mid-rally.

That shines a small light on one side of his personality; Richard could be a gentle soul, and unless he was especially riled, he was always thoughtful and eloquent in answering any questions, a trait that actually earned him an unfair reputation as a moaner, not helped by the comparison with the taciturn, wise-cracking, who-gives-a-damn persona (also not true, although he did little to play it down) of Colin. As Richard’s success and fame grew, he built a team around him, I suspect both to enjoy their support and friendship but also to make a little space to protect this gentler side from the spotlight.

He could be arrogant, too, or perhaps hard-headed, but usually thoughtfully rather than unreasonably so. I remember getting Colin to guest edit our Rally GB supplement one year - and interview Richard for the lead story. Richard gamely agreed right up until the point that Colin injured himself and couldn’t do it, offering up his co-driver, Nicky Grist, instead. The evening before it was meant to happen, I was in a restaurant when Richard co-incidentally came in. I went over to check he was okay with that plan. “No,” he replied. I stuttered an explanation, but he was adamant. “No. I’m not doing that.” Nothing else. It was seismically awkward, but you get the point: world champion to world champion would have been fine, but being wound up by a famously chipper co-driving rival wasn’t going to happen.

But above all I remember, with some level of defensiveness on my part as I feel aggrieved on his behalf by any suggestions otherwise, that he was bloody fast. So often Richard is portrayed as a driver who didn’t have the ultimate speed of his rivals but who accrued points through better consistency. However, I’d argue strongly that while there was that side to him, developed deliberately in tandem with his co-driver Robert Reid and those around them in their early years, Richard could also be the quickest driver bar none on his day - and these were days not just with Colin to contend with, but also Tommi Makinen, Carlos Sainz, Juha Kankkunen and Didier Auriol, world champions one and all.

Across 1999 and 2000, there’s a case that the combination of Richard and the Subaru Impreza were the very fastest of all, banging in quick times seemingly at will, but undone in championship terms by poor reliability. But 2001 set that straight, and I’ll argue until I’m blue in the face that he was the WRC’s Prost to McRae’s Senna, and that there’s no shame in that. His Rally GB wins against Colin often perfectly illustrated this.

Finally, I remember in 2003 rocking up in San Remo to watch the rally as a fan rather than a reporter. I’d missed the sport and found some cheap RyanAir flights and just turned up, albeit having blagged a media pass. Wandering around in final service with nothing formal to do, I found Richard leaning on his Peugeot 206 with not much to do, either. We stood and chatted for only a few minutes, catching up and focusing only really on his struggles with a car he didn’t much love and the difficulties he was having getting what he needed from it. Amazingly, despite this, he remained in championship contention.

Hindsight is a wonderful thing, but it was Richard at his thoughtful, articulate best. I wish I’d lingered longer, but it’s a happy memory of a great man, always articulate, fundamentally kind and who also happened to be a great driver.

The day I said goodbye to Richard Burns