BACK TO ALL OPINION BLOGS
Currently reading: Opinion: Why Goodwood is right to toast legend Roger Penske
UP NEXT
Niels van Roij: A car designer's thoughts on the new Range Rover

Opinion: Why Goodwood is right to toast legend Roger Penske

Despite having many plates to spin, Penske is still a trackside regular
Share
Open gallery
Close

Roger Penske may be far from a household name in Britain, but there’s a good reason why he will be one of the star guests at this week’s Goodwood Festival of Speed.

With his Penske team having won multiple titles in Indycar and Nascar and set to serve as Porsche’s works outfit for its endurance racing return in 2023, the American is perhaps the most influential person in motorsport outside Formula 1.

He’s also one of the most respected. Imagine if Ferrari or Mercedes bought the rights to the F1 World Championship: there would be accusations of bias and conflicts of interest flying all over the place. Yet in 2019, Penske bought not just the Indycar Series but also the Indianapolis Motor Speedway; and instead of questioning the move, rival team bosses widely celebrated it, believing that he would revitalise both the series and the fabled circuit.

Much of that comes from respect for the passion he has for motorsport. Until standing down in 2020 to avoid conflict of interest, The Captain still served as chief strategist for one of his Indycar drivers – despite being 74, worth around $2 billion and chairman of a corporation employing around 65,000 people, with business also in car dealerships, logistics and truck rental. He even came close to buying General Motors’ dying Saturn marque in 2009.

Before getting into business, Penske was an accomplished racer. But his strength lay in running a team, not driving for it. And his success isn’t just in US series: his firm also won last year’s Australian Supercars title and raced F1 in the 1970s.

John Watson’s win using a PC4 in the 1976 Austrian GP remains the last time that an American team won in F1 (even if the car was built in Poole).

Essentially, it’s hard to think of a firm that has competed in as wide a spectrum of series with such success. And that’s down to Penske’s leadership. He’s a true legend, and he has forged a career so broad that only an event like Goodwood could properly celebrate it. 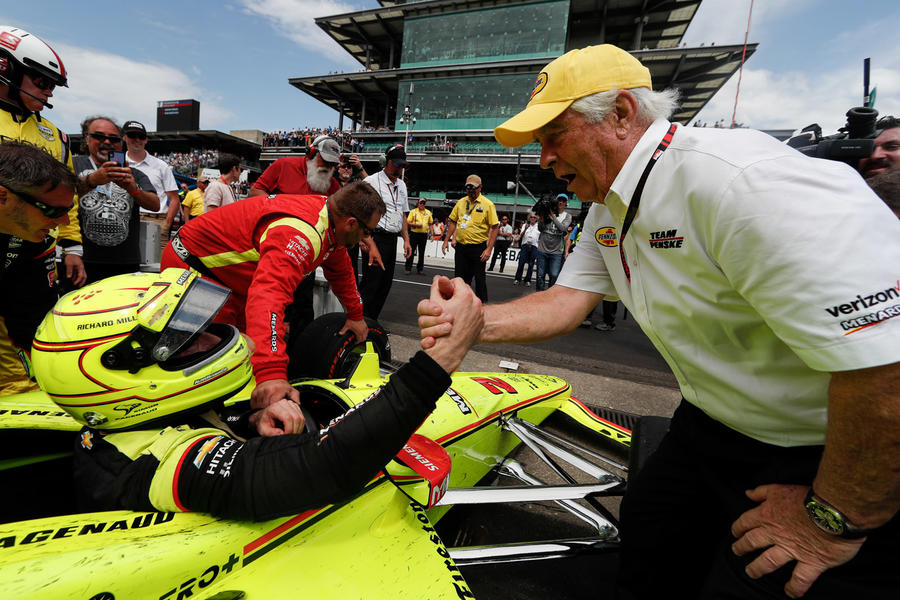 Those of you with tickets will be able to enjoy an impressive cohort of Penske cars racing up the hill, including the McLaren M16B that claimed the first of his team’s Indy 500 wins in 1972 and the controversial PC23, which used a custom-built stock-block Mercedes V8 to dominate the 1994 running.

There will also be a Nascar present, along with a range of F1 cars, including Watson’s winner, plus Ford boss Jim Farley will drive the Australian Supercars-winning Mustang.

And at the centre of it all will be Penske himself, in an LMP2 Porsche RS Spyder – a choice that is surely symbolic of his new LMDh deal with Porsche. Perhaps the best explainer of Penske’s incredible story is that this won’t be the first time he has driven in anger at Goodwood: he raced a Ferrari 250 GTO in the RAC Tourist Trophy there in 1963, finishing eighth as Graham Hill won.

2021 Goodwood Festival of Speed to go ahead at full capacity

Mario Andretti was there too, not a legend?