BACK TO ALL OPINION BLOGS
Currently reading: How Motorsport UK is encouraging girls into the industry
UP NEXT
Estate cars: In celebration of a dying breed of car

How Motorsport UK is encouraging girls into the industry

Motorsport is one of the very few sports in which members of both sexes can compete directly against each other. Yet despite this, male drivers vastly outnumber female drivers throughout the ranks, and no woman has ever won a major championship title. Look into the garages and the factories supporting their efforts and it’s the same story.

How much this disparity has to do with the age-old nature-or-nurture debate is neither here nor there. What is clear, according to those behind Motorsport UK's Girls on Track initiative (founded in 2016 by Williams Formula 1 driver Susie Wolff) is that young girls need more encouragement to follow STEM (science, technology, engineering and maths) disciplines and get into motorsport than boys; and that providing an environment away from their male peers’ boisterousness is crucial to giving them confidence.

Such environments include free go-karting sessions for eight- to 18-year-olds, such as those witnessed by Autocar last week at the new Gravity track in Wandsworth (built, incidentally, inside an old Debenham’s department store and using innovative electric go-karts to reduce noise and eliminate nasty fumes in the mall), networking events and interactive sessions at schools, often involving the initiative’s multiple high-profile ambassadors. 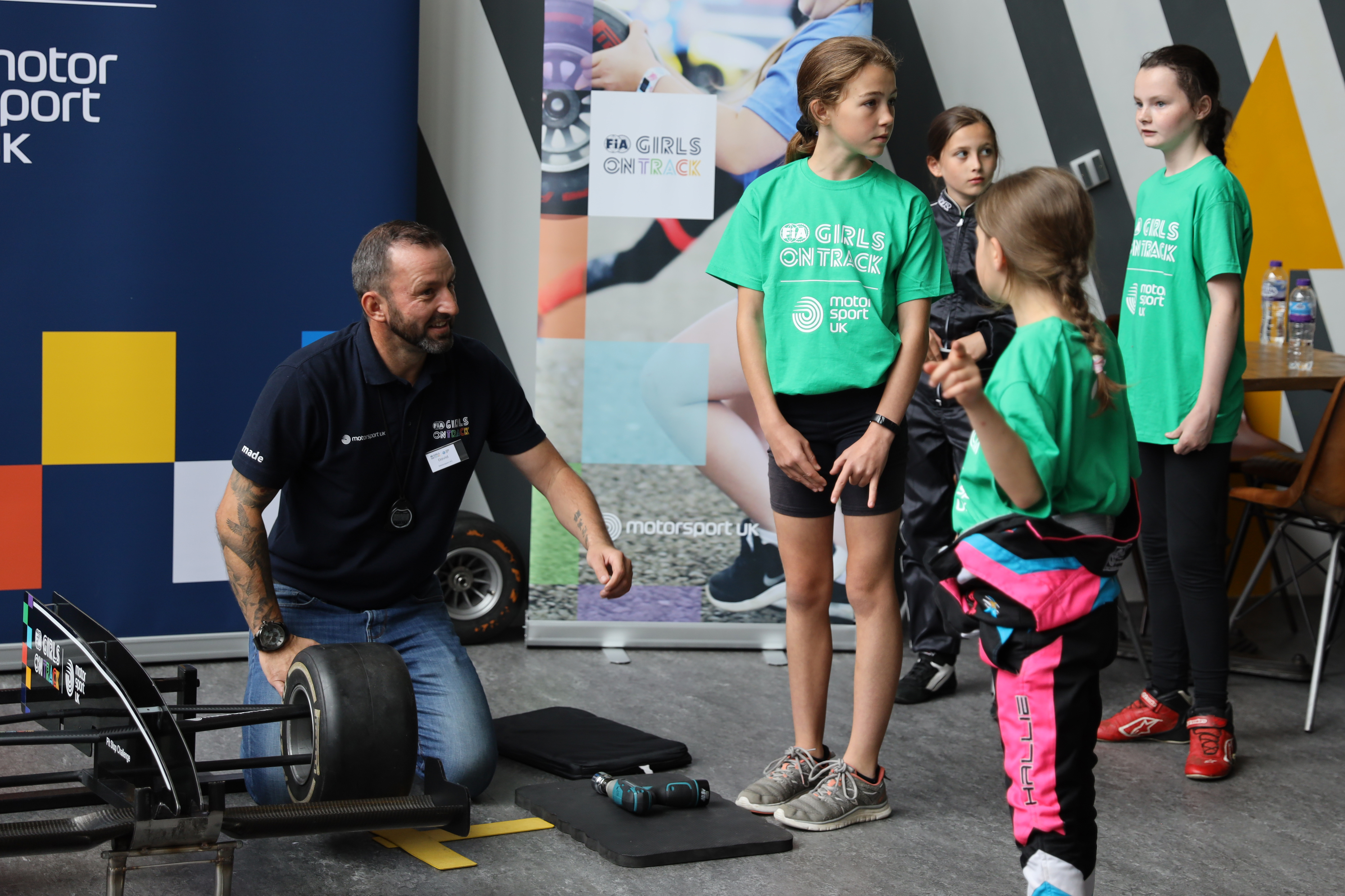 High-profile role models are of course important to the development of all youngsters, and fortunately there are currently a number of racing drivers who young girls can look up to, thanks largely to the female-only W Series and the gender-equal Extreme E off-road racing championship. “You’ve got to see it to believe it,” says Tcherniak.

Two of them were present with Veloce Racing at the recent Wandsworth event: 2019 Formula W champion Jamie Chadwick and New Zealand national rally front-runner Emma Gilmour, who due to a clash of commitments will be filling Chadwick’s seat in forthcoming Extreme E race in Greenland.

To see just how influential these role models can be, Tcherniak points to a young girl who was almost crying with excitement when given the chance to talk with Chadwick.

The 23-year-old racer herself – who at Gravity proved to the youngsters just how fast she is with some blistering laps on an unfamiliar layout – says: “I didn’t have role models when I got into motorsport. I was inspired into it by my older brother. But it’s so important to have role models to inspire more people. 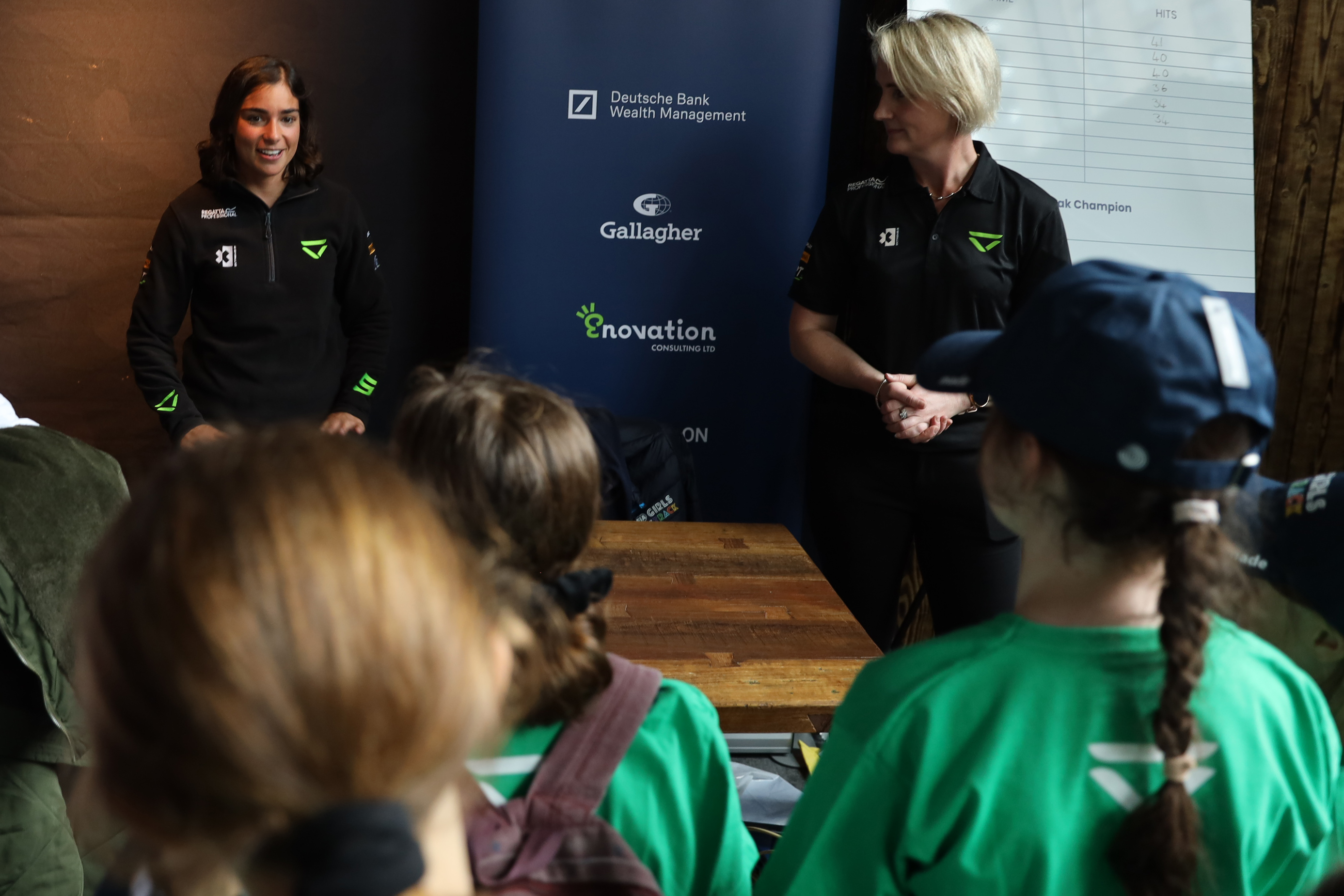 “It’s really cool when you see young girls coming to events like this and saying that they want to do what I’m doing. Some of the girls here are up-and-coming, but some have never driven a kart before, so it’s great to see them getting their first taste of motorsport. There are some super-talented girls out there. In fact, one of them beat me in a race today.”

Gilmour adds: “I’ve been in motorsport for a while now, and certainly I’m seeing more girls getting involved, whether that’s driving, organising or volunteering at rallies.

“Coming from horse riding, I never saw the gender difference. I was just another competitor. And I was lucky that my parents were supportive, and my dad is a mechanic, so that made opening the door to motorsport easier. He was very encouraging of me and my sister, and having someone encouraging you and telling you that you can do it makes a big difference. It does a lot for your confidence.

“It’s always difficult to capture the excitement of motorsport in an environment where there isn’t motorsport, so getting the girls to events like these gives them a great insight. And it shows them that getting involved isn’t limited to driving. There are so many other bits of motorsport that are fun.”

Proving the point, the girls at Gravity had told Tcherniak “I’m excited but I’m also really nervous” beforehand, but after a good track session, the shared trepidation had mostly turned into “Wow”, “That was easier than I thought” and “I loved it!” – certainly positive omens for improving female involvement in the motorsport industry in the coming decades.

Tarmac to dirt: Jamie Chadwick on her Extreme E debut​