BACK TO ALL OPINION BLOGS
Currently reading: Autocar writers' cars of 2021: Kia EV6
UP NEXT
Matt Prior: Will EVs bring a return to the streamliner age?

Hilariously, and quite coincidentally, when I drove Kia's new EV6 for the first time in October, my experience at the helm of the firm's 1992 Pride supermini just three months earlier was still fresh in my mind.

There are more obvious points of reference, and indeed these two cars are as disparate in their intended positioning as they are in their performance, pricing and panache, but as a metaphor for Kia's meteoric ascent to the higher echelons of the automotive market, few could hope for so tangible a comparison.

When the Pride first touched down in UK dealerships 30 years ago, it barely stood a chance against same-sized rivals from established European and Japanese marques. Had you been a prospective small car buyer in 1991, chances are the VW Polo or Ford Fiesta would have been more likely to take your fancy.

But so quickly has the reverse of that scenario become reality that it's almost comical, now, to remember Kia's original standing in the European market. 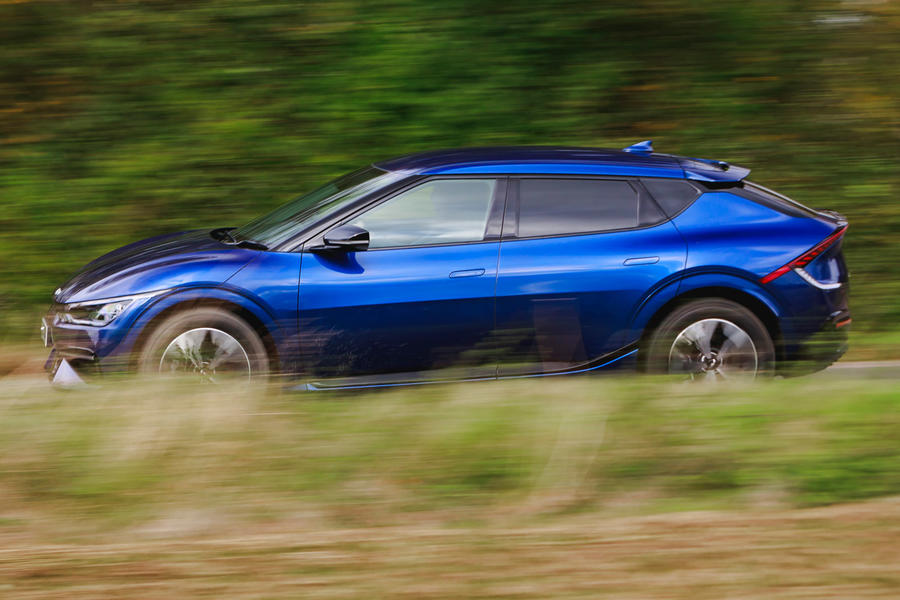 Because the EV6 – like the Sorento, Sportage, Soul, Niro, Picanto and Stinger – isn't just attractive in spite of the badge it wears, it's almost more attractive because of it.

Kia's cool now, didn't you know? And not just that, but the brand seems to have a near-infallible capacity for knowing exactly what its buyers want of a car in any given sector. A well-received overhaul of its design language in recent years has also, no doubt, helped no end capture the attention of the market.

The EV6 stands as an embodiment of the Korean marque's shiny new future; eminently practical, comfortable, pokey in all forms, dynamically adept and interesting (if not universally attractive) to look at, it has the potential to win over any motorist still averse to Eos, or indeed to Kia itself.

The group tests will start rolling in over the coming months, and being driven back to back with its arch rivals will give the Kia nowhere to hide, but first impressions suggest it will more than capably fight its corner. 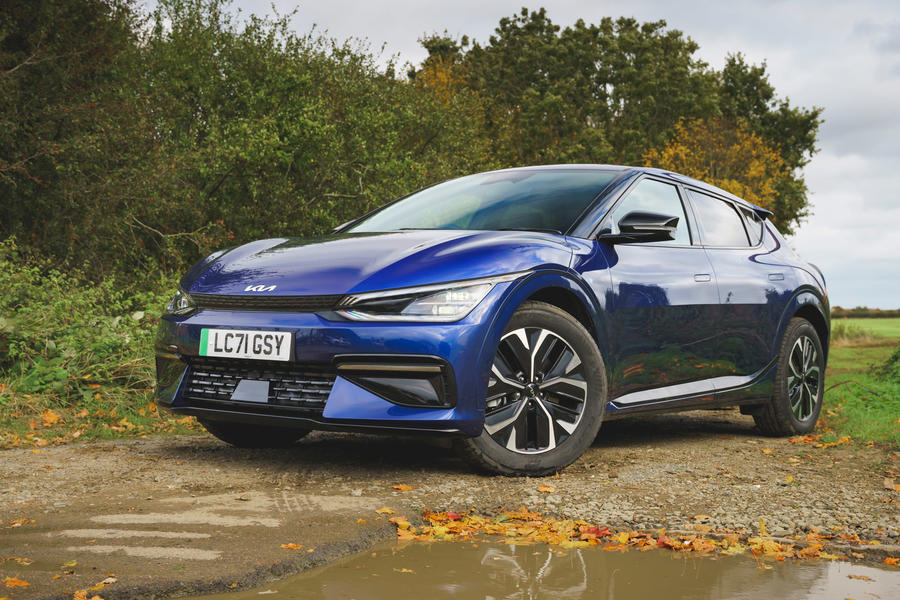 I don't understand why the styling of the EV6 is being held in such high regard. It looks a mess, with bits and pieces thrown together, separate ideas unresolved. The EV6 is nothing like the simple, bold, coherent and confidently styled Ioniq 5 its sister car.

There's a concept in car styling known as 'tension'. It adds dynamism, and prevents cars from looking like blocky/blobby/slabby appliances.  You're welcome.

Agreed that Kia/Huydai have done amazingly well with their products in recent years. But, unlike say Land Rover, BMW, Lexus, Audi, Jaguar, Volvo etc,  there doesn't seem to be a continuity to the 'brand look' of either brand's various models, since they chop and change the styling of their cars almost all the time. It's easy to try and think of a typical Land Rover shape, but not so much with Kia.

As for the EV6 - which again looks like no other Kia in any recognisable way (except the badge) - I quite like its overall styling, except for that line of rear light across its back, which sticks out like a baboon's bottom!

si73 1 January 2022
Re the continuity of brand look, I think similar can be said of Japanese brands, modern Honda's, Mazda's, Toyota's, etc, have little continuity to their earlier models, just look at how the civic has changed, it could be from a totally different manufacturer.

Personally I like the ev6 as much as I like it's Hyundai twin, but what I don't understand is Kia's positioning, it was originally being touted as the sporty side to Hyundai's sensible, yet it is Hyundai that has the hot N division, which are great.

If... you can get one!1500 pre-ordered before anyone could test drive, a years UK allocation already gone. Its a fantastic indication that people so trust Kia not to make a duffer now that they will buy off a brochure.Company car buyers have mostly been ordering the £51K top of the range model apparently, Kia is premium!