BACK TO ALL OPINION BLOGS
Currently reading: Red Bull's plans for an Austrian Grand Prix are not clear cut
UP NEXT
Opinion: Nascar's lions ready to Roar before the 24

Red Bull has announced that there will be an Austrian Grand Prix on 6 July next year, and that a provisional deal is in place for the race to continue until 2020.

But things may not be as simple as that may sound. While the F1 circus will no doubt adapt to the lack of hotels in the region, which has always been a problem associated with the Austrian GP, there are a number of other hurdles that need to be overcome before a grand prix can go ahead.

At the moment, the Red Bull Ring, near Spielberg in the Styrian region of Austria, has a number of restrictions imposed upon it by the local authorities. For one thing, there is a limit of 40,000 spectators per day, not to mention restrictions on noise and emissions. These mean that the Austrians must make allowances if there is to be a race. There are also questions about traffic planning.

The race track itself is pretty much up to standard, although there will need to be a bigger media centre as the current facility has space for only 160 people. At least twice that will be required. There are, however, 28 pit garages.

Financially, there is no way the event could happen unless Red Bull was willing to invest massively. Dietrich Mateschitz, the boss of Red Bull, says that he understands that the gate money will probably only cover the expenses of the event, and that he will have to stump up the annual fees, which will run to at least $50 million a year, probably with a 10 per cent annual increase.

This means a commitment of around $380 million from Mateschitz. He clearly believes that the Styrian authorities will agree to make changes to the laws in order to benefit from the race. The Styrians are in a bit of a quandary because they are being offered a great opportunity, but there are going to be some local residents who will oppose the idea and can cause trouble.

Styria has been quietly building up an image for innovation in recent years. The region has only 1.2 million people, a quarter of which are in the city of Graz. However, it is Austria’s top region for engineering, science and research, with three core sectors: mobility, health technology and eco-technology. It offers attractive tax deals for R&D companies wanting to invest, and rejecting a grand prix would not be very smart.

One cannot help but wonder whether this is also a smack in the face for the Germans. The race most likely to be axed from the calendar as a result of a race in Austria is the German GP. Bernie Ecclestone may be forgiven for not being very interested in helping Germans given that he is facing an indictment in Bavaria. 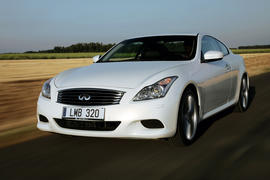 Well, if they dominate like they do, they might have to have a Redbull F1 series,because, like spilt Ink,Redbull sponsorship is everywhere,in nearly all sports,heck, it wouldn't surprise me if they sponsored Wippet racing!

Interesting. You might want to check this out Press Release Service