What’s in a mere options pack? In the case of the new Golf R – which we've already tested at length, though only in standard guise – more than you might think.

There are unmissable elements to the £2000 'R-Performance' suite of extras (the 19in Estoril alloy wheels and the same chunky wing deployed on the GTI Clubsport give it some added visual bite), but more intriguing are the bits that only the driver ever gets to explore.

Admittedly, residents of anywhere other than Germany (truly fearless Manx islanders notwithstanding) are unlikely to taste the uplifted top speed, which at 168mph is 13mph higher than standard, although still 1mph short of the Honda Civic Type R’s.

However, two new driving modes bring about some real detail changes to the Golf R’s dynamic complexion, even if they do nothing to change the 316bhp output of its 2.0-litre four-cylinder turbo petrol engine or the fundamentals of its new torque-vectoring four-wheel drive system. 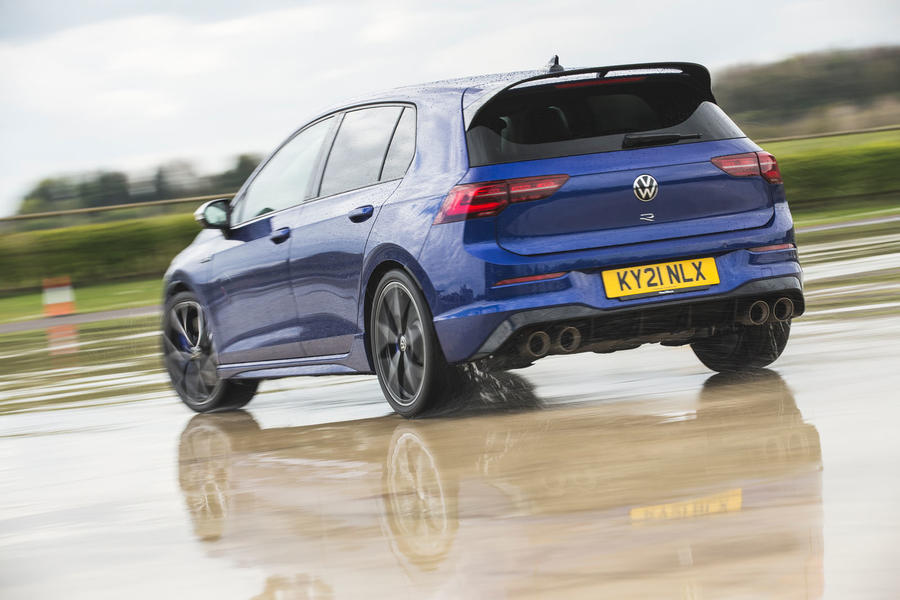 This being 2021, one of those new modes is a Drift mode, which sets the new dual-clutch rear axle (there’s one clutch either side of the differential) to maximum attack by biasing the majority of the torque available to it (up to half of what the engine is delivering at any given moment) to the outside wheel.

It’s not the sort of thing you would use on the road, but it’s fairly effective on a track. With a dollop of weight transfer to get things going, the Golf R will sustain power-oversteer. Which is all good fun, though ultimately is no substitue for the real thing – the Golf can't do what an M2 Competition can do.

Of more relevance is the second added mode, known as Special. This is essentially Volkswagen’s set-up of choice for the Nürburgring, where the Mk8 Golf R was partly developed and the circuit it eventually lapped some 19 seconds quicker than its already very capable predecessor.

In short, everything is ramped up to the maximum, except for the dampers, which remain in Comfort. Even the throttle map, which usually allows for some dead travel at the top of the pedal to smooth out low-speed manoeuvring, is almost completely undamped so as to achieve the very sharpest response.

Plus, for the first time in a Volkswagen, the gearbox doesn’t automatically upshift when you hit the redline in manual mode. It's a genuinely beneficial development that makes the car feel that much more engaging (and, yes, makes you wonder why this feature doesn't just come as standard).

What's not included in the package is the 7kg-lighter titanium Akrapovic exhaust also fitted to this test car. Clearly, it looks fantastic – the perforated tips are considerably more interesting and serious than the steel of the regular system.

However, apart from a little added brassiness in the upper rev-range, due to some extra valving, Akrapovic's efforts do relatively little to enliven the sound of the EA888 engine, and the asking price is £3100. 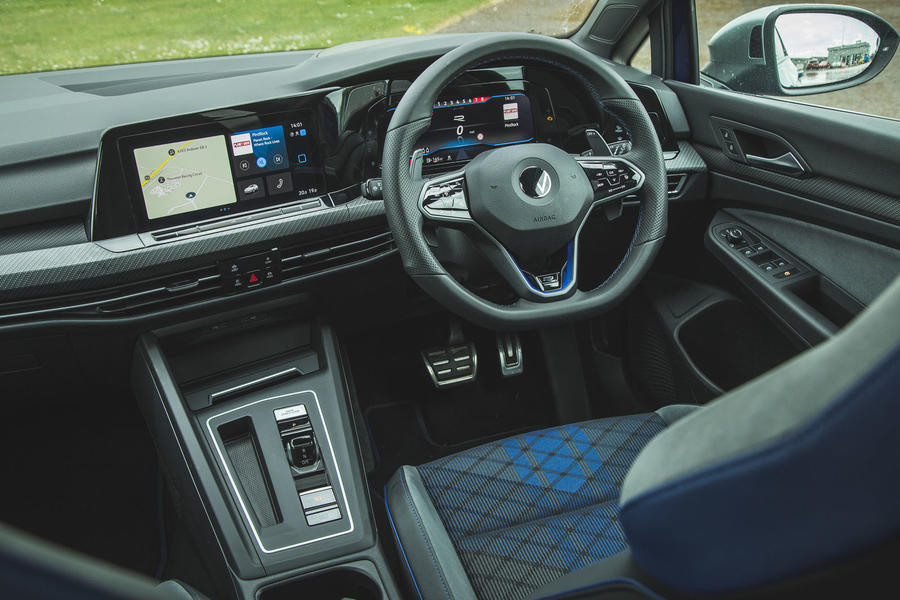 Is the R-Performance pack worth the money? I'd say so, assuming you're already committed to spending more than £40,000 on a hot hatchback and you like the added visual aggression it brings. We think the wing, in particular, looks great, and the 19in wheels alone would otherwise set you back £825.

The best bit is that Special mode, though. Not only does it suit British roads very well indeed, but those detail tweaks move the Golf R closer to being the car its own test engineers wanted.

The R-Performance package isn’t by any means essential - but it does unlock the full Golf R experience. 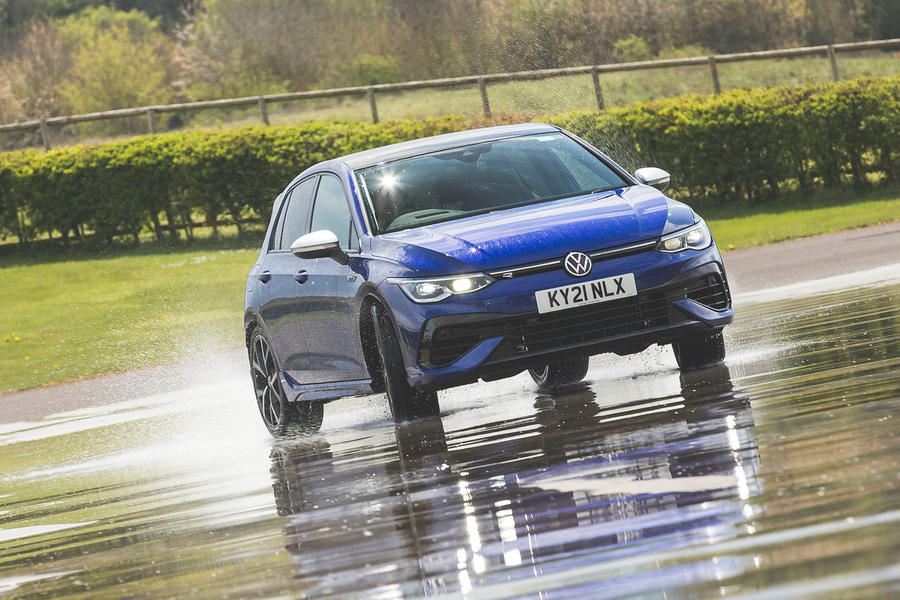 To be honest I just find the Golf 8 so boring. I wouldn't even notice whether it was a base car or an R.

The ultra-sharp throttle response will no doubt come in handy when dealing with tight parking spaces.

@ Peter Cavellini. Unfortunately, a large proportion of the Golf R's customer base will want the features intended for track use to use on a daily basis on urban roads.