The second generation of the electrified Volkswagen Golf GTE, driven here in the UK for the first time.

The brief for this front-driven plug-in hybrid hatch remains as seemingly contradictory as it’s ever been: deliver an elevated level of performance and driver engagement while simultaneously offering lower running costs and a wallet-friendly benefit-in-kind tax rating. That sounds like a fairly appealing - if challenging - recipe on paper, doesn’t it?

The thing is, the previous GTE was a refined and slick-operating plug-in hybrid by the standards of the day, but as an electrified take on the excellent Mk7 GTI, it felt a bit, well, tepid. Its powertrain lacked the endearing effervescence you’d normally expect from a fast family hatch; and although it handled competently, the additional weight of its battery and electric motor dulled its agility and left it feeling a bit sedate.

So hopefully, this new one will be a more convincing take on an eco-friendly GTI - even if its general blueprint hasn’t really changed all that dramatically. Up front, you’ll still find a turbocharged 1.4-litre petrol engine and an electric motor that’s integrated into the same housing as the six-speed dual-clutch transmission.

Individually, those power sources develop outputs of 148bhp (petrol) and 107bhp (electric, a 9bhp uplift) but they combine for a system output of 242bhp. Not only is that a match for the current GTI, but it’s a 41bhp improvement over the previous GTE, too. Torque, meanwhile, stands at a combined 295lb ft - 37lb ft more than last time. Brake-based torque vectoring should help through corners, as should the optional adaptive dampers that were fitted to our test car.

There’s also a bigger, 13kWh (gross capacity) battery, which gives the GTE a WLTP zero-emissions range of 39.7 miles and helps slot it into the 10% benefit-in-kind tax bracket. Of course, in the real-world, you’d be lucky to get that much, but for what it’s worth, the GTE quoted us a range of 24 miles with the battery at about 80%. So you can probably expect 30 miles or so between charging sessions, depending on how you use it, which is par for the course with rivals. 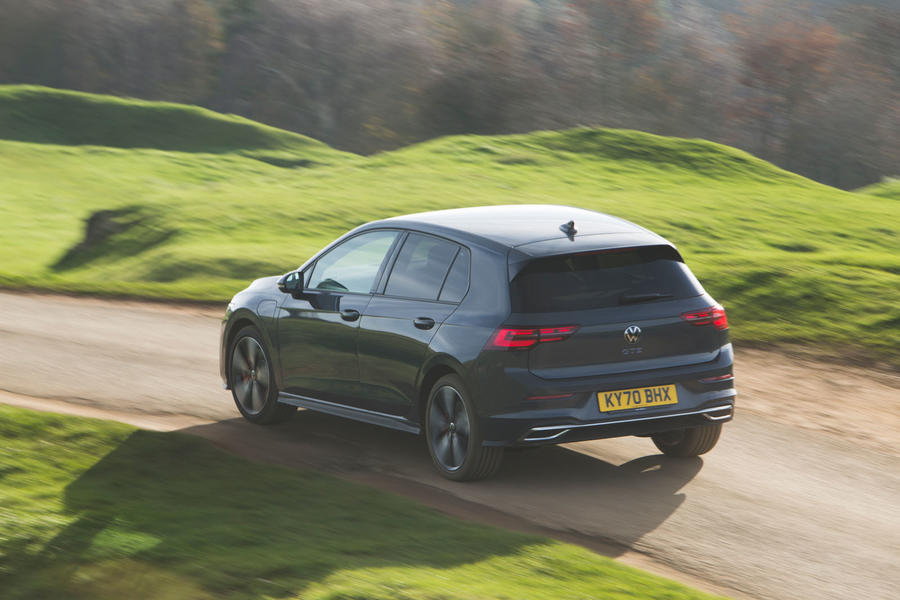 Hit the starter button and the GTE defaults to its electric motor, which, rather unsurprisingly, is more than up for the task of trundling about town. There’s enough punch to get you up to city speeds swiftly and throttle response is as spot on as you’d need to be.

At these lower sorts of speeds, the GTE rides pretty well, too, if not quite with the same easy-going comfort as the regular Golf. It feels quite tightly controlled and there’s a bit of fidgeting present, but it’s not so rigid and unyielding that you’ll find yourself wincing as you roll over a drain cover or expansion joint.

Push the throttle a bit harder and you’ll rouse the petrol engine, which sparks into life swiftly. Curiously, the 1.4-litre motor feels a little smoother and sounds slightly quieter under lighter throttle loads than it does under the bonnet of the largely identical Seat Leon e-Hybrid. The GTE’s ride feels a bit tidier and more well resolved than it does in the cheaper Spanish hatch, too, even though they share the same basic suspension configuration. I guess those DCC adaptive dampers will at least be partly responsible for this difference, seeing as they didn’t appear on the Seat we drove a few weeks ago.

Head out of town and the GTE makes for a comfortable motorway companion, thanks to the fact that there isn’t too much tyre roar or wind noise and the driving position is spot on. Meanwhile, the petrol engine and electric motor combine effectively so that it doesn’t feel damp or lacking in outright potency if you need to give it the beans on a slip road or when passing slower traffic. Shifts are pretty slick, and if you dial things up into Sport mode, it makes an okay noise, too. Its warble isn’t quite as meaty as the GTI’s 2.0-litre motor, and it does get a wee bit thrashy at the top end, but it’s not bad.

The uplift in performance and a slightly more tuneful soundtrack mean it’s now a much more convincing take on a plug-in hot hatch - at least from a powertrain perspective. So what about from a handling point of view?

Well, it’s still no GTI, but neither is it totally limp. In fact, throw it down a decently winding stretch of road and it can be quite good fun. Its steering instantly feels more immediate in its responses and tactile in its weighting than the rack you get in the lowlier Leon; and there’s a good level of front-end grip to back that keenness up. Plough on through faster, sharper bends, and you’ll sense its brake-based torque vectoring system gently dragging its inside front corner closer towards the apex, too. The car still feels a bit heavy, mind, and although it’s entertaining enough, it still doesn’t feel quite as mobile or adjustable as the best, bona fide hot hatches. 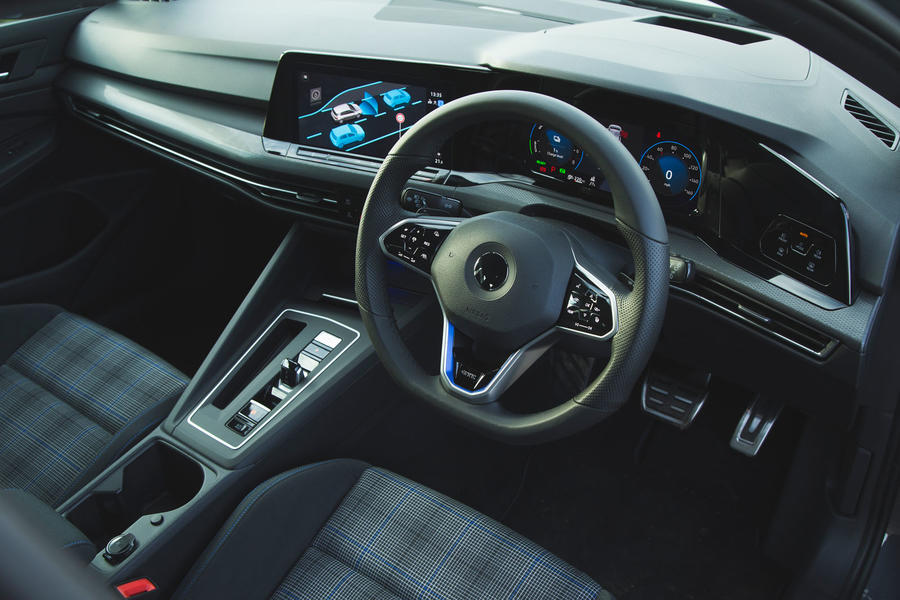 For the most part, I think it hits its ideologically opposed brief pretty confidently. Plug it in frequently and it’ll be cheap to run; show it a good road and I’d wager it’d be able to put a smile on your face fairly quickly, too.

I wouldn’t go so far as to say that I would have one over a GTI, or any of the GTI’s rivals, for that matter - all things being equal. It’s fun, for sure. It’s just not as much fun as any proper hot hatch that I’ve driven.

But what if I specifically needed a tax-friendly company car that was also entertaining enough to ensure I wouldn’t lose the will to live every time I found myself on a half-decent road? Well, in that scenario, the GTE would certainly be very tempting indeed. 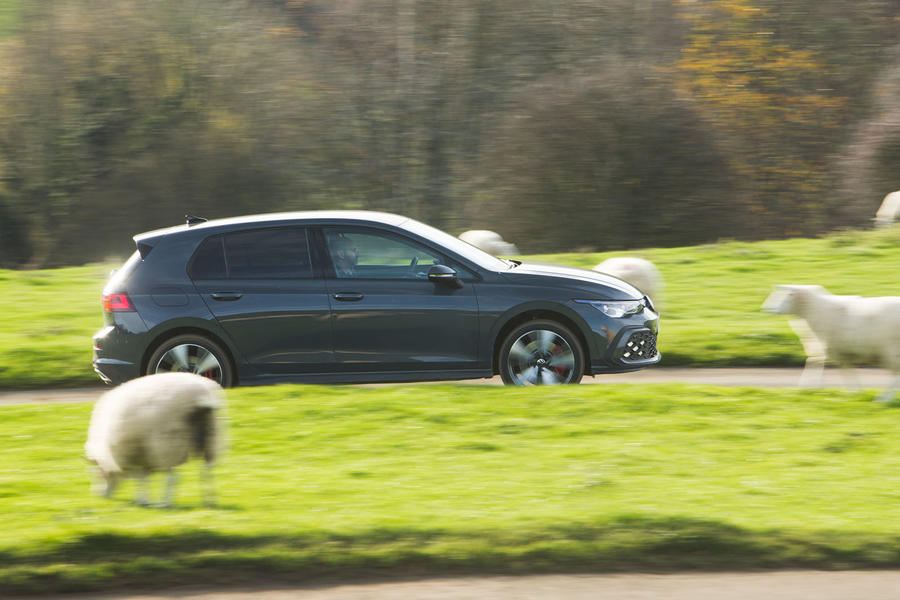 Like many other manufacturers VW are playing the 'numbers game': they need to hit a 'pass-mark' across their range of vehicles to satisfy current and forecast legislation. Ergo, the headline figures for many models will show 'terrific' green credentials.

VW know that few people will fork out the kind of money that these cars cost and that they will sell millions of conventional cheaper ICE vehicles. What matters is the AVERAGE figure across the catalogue range from the Up! to the big SUVs; not the average of sales!

The UK market and its company car tax régime are idiosyncracies that are not repeated across many other countries, therefore they matter little to the overall sales world-wide. And don't forget, all it takes is a decision from N° 11 to change the UK landscape completely!

As I don't pay company car tax and never will, there is precisely naff all No11 can do to alter my situation. Unless you're suggesting he's going to knock £15k off the price of a new car. The fact that so many people are happy to pay £500-£700 a month for a car means that people who would rather not live in perpetual debt (smart people) and actually own their car, just won't replace their cars. I like having pension savings and money in ISAs. 48 months of £500 and then nothing at the end of it, will lead to a load of people still working at 70 and probably wondering what they did wrong.

If you don't want to take credit you're not getting any decent discounts either. I could get £7000 off a VW ID3 if I signed a credit agreement. That's a good deal. If a cash buyer, I get £3000 off. No new cars for me.

VW Taking the piss all round.