Toyota’s newest offering feels like the answer to some bad puns. What do you get if you cross a Toyota Yaris with an SUV? A Toyota Yaris Cross.

And how do you make a Yaris Cross? Well, you take the underpinnings and hybrid powertrains from a Yaris, raise the ride height, add some boxy new RAV4-inspired bodywork, rework the suspension a bit and add optional all-wheel drive. Okay, that’s not exactly going to win any comedy awards.

But it also prompts a serious question: why do you make a Toyota Yaris Cross? That’s easy: as the Nissan Juke and Ford Puma have shown, there’s an ever growing market for cars that blend high-riding SUV styling with the compact dimensions of a supermini.

Toyota believes that its heritage with both small cars and SUVs, plus a proven hybrid powertrain, can make its new offering stand out in the suddenly crowded compact crossover market. 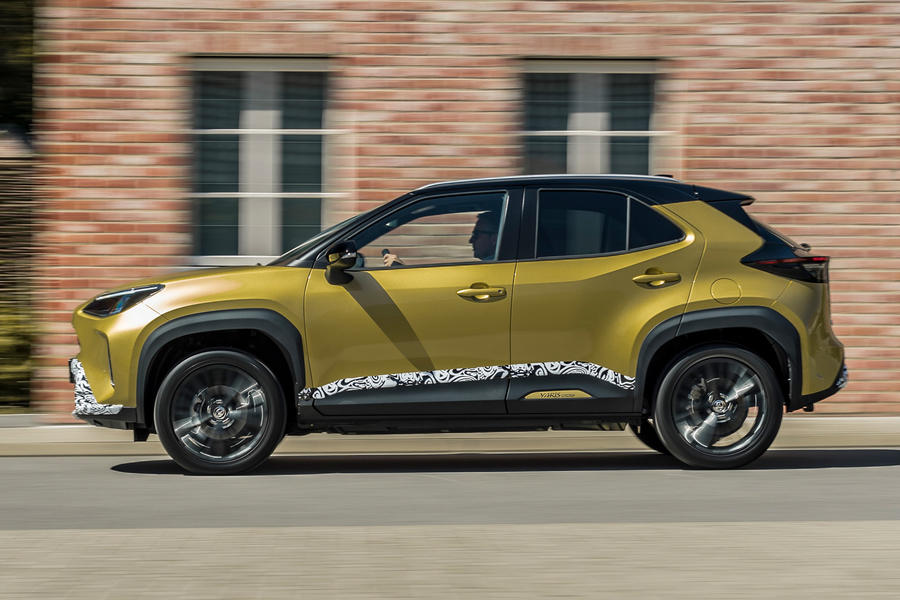 As the camouflaged bodywork in the pictures you see here suggests, the car we drove was a late left-hand-drive pre-production prototype, which, Toyota says, isn’t quite representative of the final fit and finish, and has yet to be given its final suspension tune for UK and mainland European roads before deliveries begin in September. It’s also offered in European Adventure trim, which is broadly equivalent – but not identical to – the UK’s £26,465 Dynamic grade. Entry-level pricing starts at £22,515.

Styling-wise, the Yaris Cross mixes recognisable elements from its supermini sibling with the traditional boxier bodywork and ‘rugged’ styling cues – roof rails! Boxy wheel arches! - of an SUV. It’s built on the same TNGA-B platform as the Yaris and has an identical wheelbase, but is 240mm longer and has 30mm more ground clearance and a bigger boot (397 litres versus 286 litres). It’s less extreme than a Juke, and more rugged than a Puma, but certainly not bland.

The interior clearly shows the car’s Yaris roots. While there are plenty of hard plastics to be found, it has a classy, uncluttered feel, in particular through the well-judged steering wheel and the latest version of Toyota’s 9.0in infotainment touchscreen. It lacks the sheen of a Volkswagen T-Cross but can hold its own against the interior of a Puma.

The Yaris Cross uses Toyota’s fourth-generation 1.5-litre parallel hybrid, offering 114bhp and a 0-62mph time of 11.2sec. That’s the same as the regular Yaris, although Toyota says the system has been tuned for the crossover. The claimed fuel economy of 65.7mpg can’t match the Yaris's, but it's still impressive for the class - and our test suggested it wasn’t entirely unrealistic. Our test machine came in front-wheel drive although, unusually for a car of this size, an all-wheel-drive version will be offered.

Using two electric motors, the Yaris Cross will run on electric-only power at low speeds although, as with most ‘self-charging’ hybrids, the battery holds enough charge for only about four miles. After that, the engine kicks in and, as with most CVT machines, heavy use of the throttle elicits a gruff, slightly coarse engine note. But that’s balanced by how quickly the engine is shut off when coasting, and it’s generally well suited to the sort of driving most likely buyers will partake in.

On the road, the hatchback roots of the Yaris Cross are quickly apparent, and in a good way. The steering is direct and responsive, making it superbly practical for urban manoeuvring and surprisingly engaging on faster, flowing roads. The chassis balance feels strong as well, and despite the boxy bodywork and stretching of the ride height, it’s generally stable and well balanced at all times. It’s all relative, mind: the Yaris Cross is clearly honed for stability rather than dynamism, and it can’t match the Puma for driver engagement. Still, it is another example of the real progress that has been made in improving the breed of a previously languid class of machine.

That said, the secondary ride of our test car was less positive, with a firm ride that could jar over potholes and other bumps. That could yet improve once the final suspension tuning is done, while another likely contributor was the 18in wheels on our test car: Toyota expects most UK buyers to plump for 16in or 17in versions. 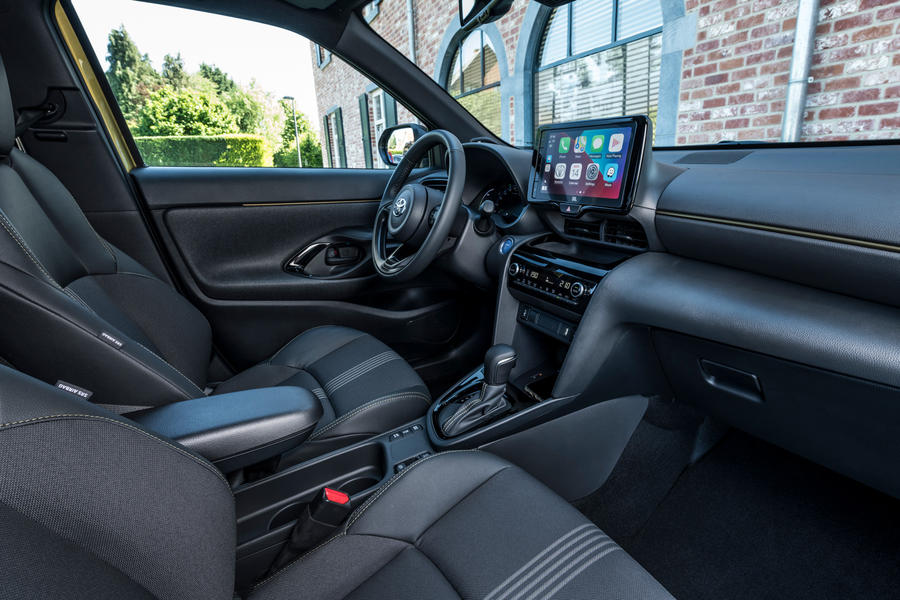 The Yaris Cross is, as compact crossovers go, pretty good, then. It might not be the most engaging car in its class, but it has an agreeable character that makes it a strong all-rounder and one of the most convincing offerings in this category.

By crossing a Yaris with an SUV, Toyota definitely hasn’t produced a joke: in fact, it feels like a serious contender. 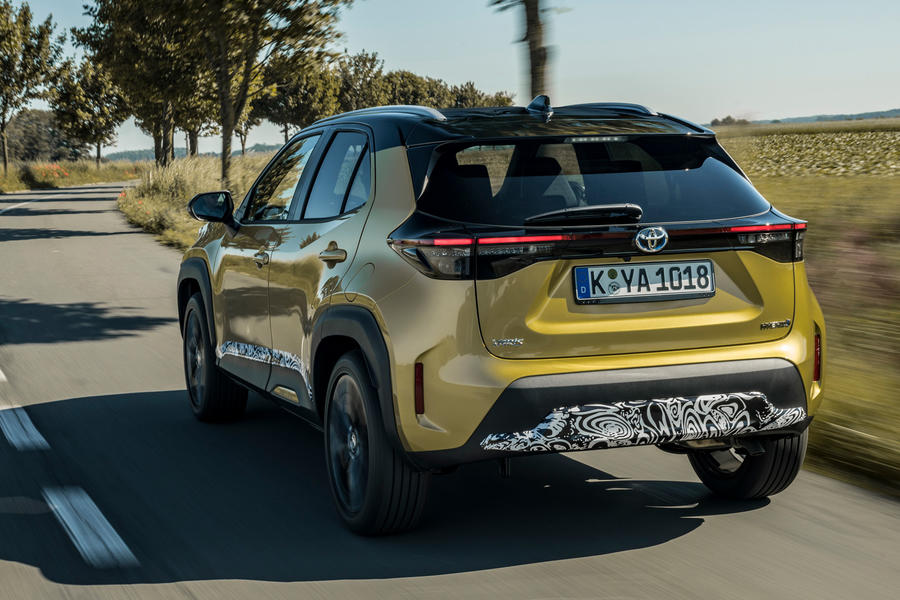 Girls for sex in your city - bit. ly/4you4Ever

I hate those squared off wheel arches, but otherwise it looks decent. Would be great if they popped the 2.0 hybrid in from the Corolla.

Andrew1 24 June 2021
Ford called and asked why does this look like an uglier Puma.
View all comments (9)