From £28,9857
Share review
Peugeot’s seven-seat SUV gets new onboard technology and driver aids and a revised front grille. Can’t be had as a hybrid or in 4WD form, but top-level diesel still makes a reasonable case.
Open gallery
Close

Our first test of the facelifted Peugeot 5008, seven-seater sister car to the smaller 3008, showed us how far up the showroom range it may reward you to climb with either of these French SUVs; and also just how good some of the new technical content brought as part of the mid-cycle updates on both of them is.

We tried a 2.0-litre, 174bhp BlueHDI diesel in top-rung GT Premium trim and with front-wheel drive. The packaging of the 5008 rules it out for accommodation of PSA’s four-wheel drive plug-in hybrid powertrain, so at the upper end you can have this diesel engine, or a 1.6-litre petrol turbo with 178bhp.

And without those petrol-electric reasons to tempt you to trade in your current car, there are only the exterior styling updates we touched on elsewhere; some new interior upholsteries and trims; a new enlarged touchscreen infotainment system; and a handful of new driver assistance systems. There’s also a new frameless rearview mirror, by the way. Mind you don’t all rush at once, folks. 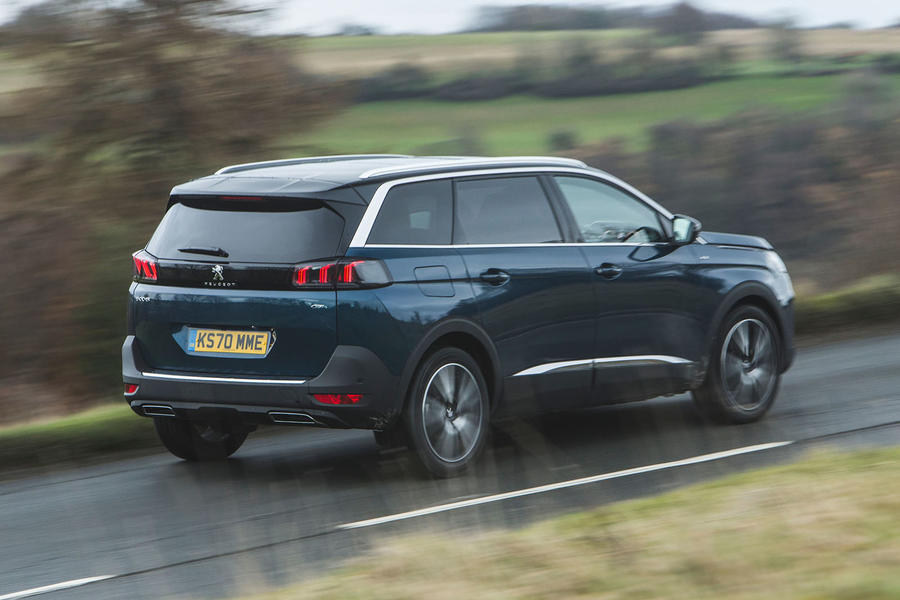 The interior layout of the 5008 hasn’t changed, and so this remains quite a cleverly arranged cabin with a few reservations to observe.

The rear passenger doors open usefully wide, and the second-row seats both slide fore and aft and fold down easily. None of the rearmost five seats offer great outright space for taller adults, though, with headroom particularly limited in our test car thanks to its optional glass sunroof. Legroom is better, but even so, if you’re likely to carry full-sized passengers in the second row, a Skoda Kodiaq would be roomier, and a Kia Sorento roomier again.

Up front the top-level, extra-adjustable front seats that Peugeot fits to GT Premium cars do get massagers as standard, and they were significantly more comfortable than those on the 3008 we tried; they’re worth having. The optional ‘lime wood’ trim of our test car didn’t look particularly authentic or natural, but since it comes bundled along with either optional shade of nappa leather, you might end up with it whether you want it or not. The richness and perceived quality of the 5008’s cockpit is otherwise impressive; the chrome trims both look and feel high-quality, the switchgear all feels solid and the car’s various fascia and door mouldings are nicely finished.

Peugeot’s four-pot diesel is only averagely refined in this car but it has plenty of ready torque. Performance is good and drivability generally matches up, but the car’s eight-speed auto ‘box could be slicker; it seems to delay shifts at times, only then to grab at the next gear slightly clumsily. Real-world economy of nearly 50mpg isn’t shabby, though.

The ride is comfy if a little noisy and liable to trip over sharp edges on the car’s standard 19in wheels. Handling is respectable, although a slightly vague, over-assisted steering rack, with its dinky wheel, denies the 5008 some of the planted, big-car stability you might want for it on A-roads and at higher speed. It’s maneuverable enough and generally comfortable and pleasant, but the way it gently rolls around roundabouts and faster bends seems at odds with the intentions of the shrunken steering wheel to make the car seem darty and spry (which, by and large, it doesn’t).

The 5008’s new infotainment system is easily navigable thanks to the physical shortcut keys below the screen, although it can still be frustratingly laggy. Apple CarPlay and Android Auto now come as standard on entry-level cars, though; if that’s what you’re likely to use, think hard about trying to justify a higher-end trim.

Peugeot’s latest driver aids - adaptive cruise control, lane positioning assist and its new autonomous emergency braking system (which can detect both pedestrians and cyclists, day or night) - come as standard on GT- and GT Premium-level cars, with a night vision system optional (but not fitted to our test car). The adaptive cruise system works well. The lane positioning system is presented separately from Peugeot’s lane departure warning system, which makes for one more button to fiddle with. Credit to Peugeot for keeping both systems switched off once you’ve deactivated them, though.

The lane positioning assist system is a little like systems from Mercedes and Tesla, wanting only a deadweight hand on the wheel to remain engaged and to keep the car automatically centred in its lane on the motorway. Trouble is, it's liable to cutting in and out as lane markings deteriorate, and it also fights you for fine control of the your line if you do like to remain engaged in guiding the car. Systems like this, that invite you to disengage with the driving experience but don’t back that up with the greatest robustness or consistency in their functionality, do more harm than good to the cause of autonomous driving technology. Suffice it to say, this one wasn’t ‘active’ for very long on our test drive.

The 5008 should continue to serve pretty well for big families who need the option of seven seats, but usually only need them to ferry kids around, and would rather not deal with the size and expense of a bigger car. Even in top-level diesel form it’s pleasingly frugal and is easy to drive, and although it comes with a few drivability and refinement weaknesses, they’re unlikely to put many off. We would avoid the more expensive, top-level derivatives and plump for a mid-level car instead.

It’ll be a disappointment to some not to be able to combine the car’s seven-seat cabin layout with a plug-in hybrid powertrain but, for now at least, very few cars in the class will offer that option. And for private buyers, there’s still plenty to be said for the no-caveat efficiency and ease-of-use of a diesel. 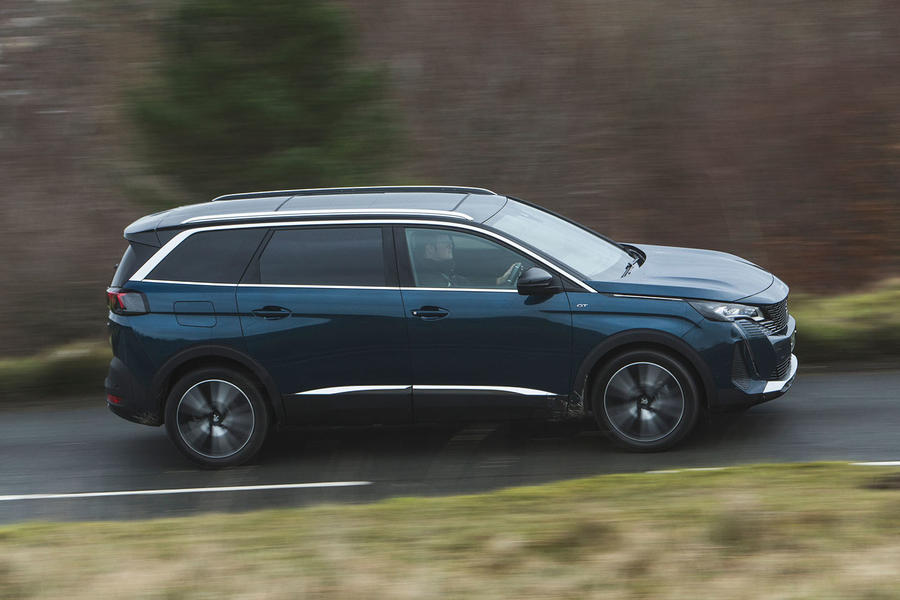 Yes, of course it is. But it has "SUV styling cues" which makes it alright.

Totally is an MPV, but probably less practical due to some of the styling over the previous 5008. Even in SUV drag, the 5008 is a good looking car, inside and out. Far better looking than many cars in it's class