From £750,00010
Shows what a car the Senna could be if the rules allowed. A monster in appearance, sound and performance, yet easier to drive than you could ever imagine
Open gallery
Close

The fastest closed McLaren ever made. If you want a quicker one, you’ll need to talk to the F1 team. It is a Senna designed without regard for road car regulations or race car rules. In that regard therefore, this is the clearest vision of how McLaren would actually like the Senna to be.

There is, of course, much that they share: the same basic tub, engine and transmission for instance. But so too is the GTR wildly different. Take the body: it has a completely new front splitter and rear diffuser, with additional dive planes on the front and vortex generators on the side. But you’ll notice more the outrageous rear wing, positioned far more rearward where it would be completely illegal on the road but where it can work far better with the diffuser on the track.

The car is 34mm lower than a Senna, 77mm wider at the front and 68mm wider at the rear. All this allows the GTR to match the Senna’s downforce at lower speeds with less drag and, ultimately, deliver a full tonne of downforce at 155mph, 200kg more than that provided by the Senna which already broke new ground in this regard for a road car.

Because it will only ever be driven around a race track there is no need for the clever but complex and heavier height adjustable suspension used on the Senna, so it’s ditched and replaced by a lightweight conventional system based on the racing suspension developed for the 720S GT3 race car.

The engine gets its own mapping and loses its secondary catalyst, which is why it is able to develop 814bhp, a rise of 25bhp over the road-going Senna and taking the engine past the 200bhp per litre mark.

The interior is that of a pure racing car – pared to the bone, and all major controls are mounted on the sawn-off steering wheel where they can be reached without stretching (not possible when you’re clamped by a six point harness) and operated easily by a gloved hand.

Strangely, it is only 10kg lighter than the Senna, though at 1188kg dry it is the lightest McLaren coupé since the F1. The weight lost by the simpler suspension, stripped interior the removal of the catalytic converter and its airbags is almost entirely offset by the additional bodywork, data logging systems, the on board air-jacks and fire extinguishing system. It costs £1.1 million before tax. 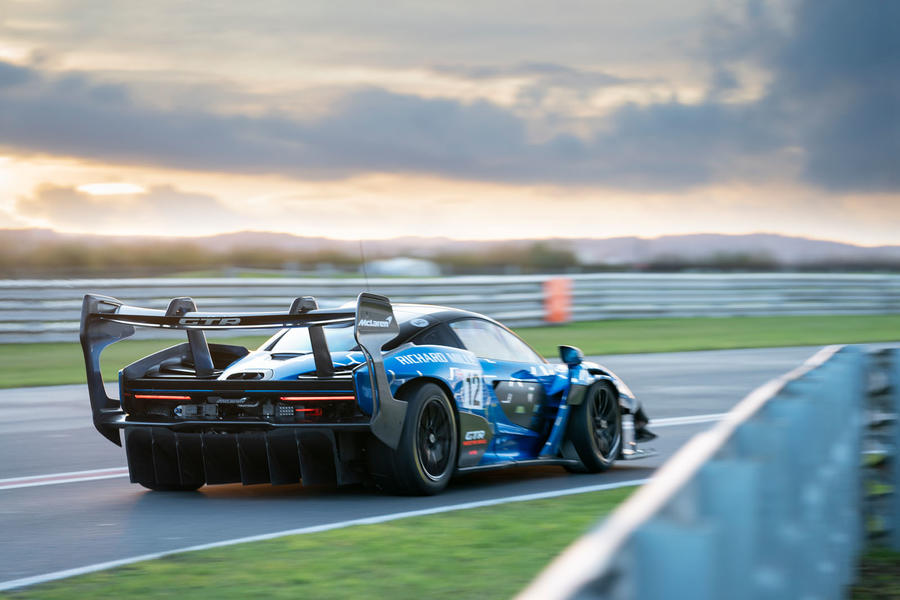 The truth is that however wonderful is the Senna road car, it is held back by the need to use a street-legal tyre, even one as sticky as a Pirelli Trofeo R. Shorn of that requirement and given full race suspension and even more aero, the Senna becomes uncorked and an entire new dimension of deftly controlled lunacy awaits.

In the very damp conditions I encountered it would spin even its super soft wet race rubber at any speed you chose, up to I guess at least three-figure velocities. But the traction systems are so good you don’t need to fear using the power: it will give you what you can use and no more. You can hit the brakes hard too at high speed, because there’s a family hatchback of downforce pressing the car into the Tarmac too.

Because it had a full dry suspension set-up and was consequently very stiff, grip levels in slow corners where the aero barely works is not spectacular, but not only is it not scary when it slides wide under power at the exit, it’s fun.

McLaren reckons the Senna GTR is 3-5 seconds a lap quicker than the 720S GT3 car depending on circuit, and would be quicker still were it not required to use quite hard slick tyres and be configured for mere mortals rather than professional racing drivers. 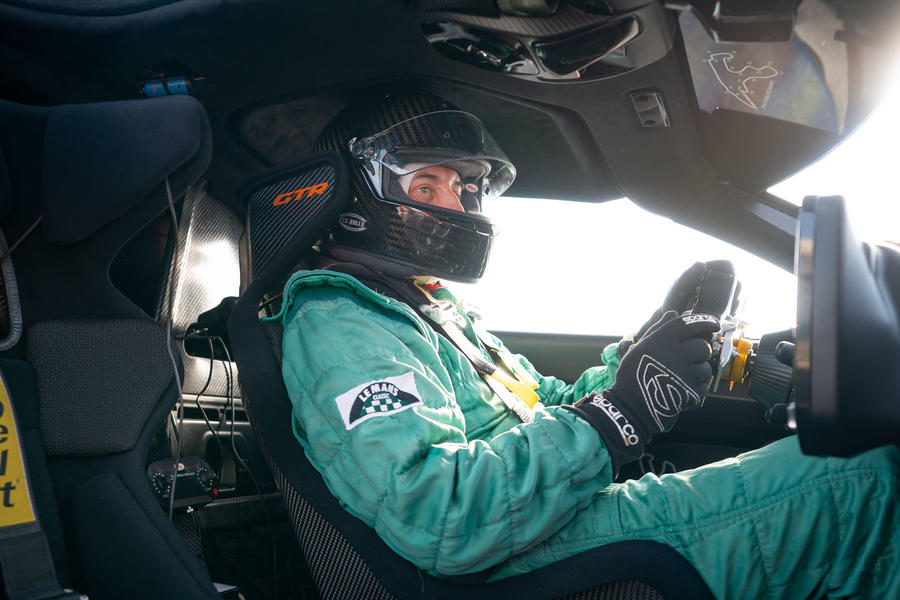 In terms of sales… sorry. Only 75 will be built and all went as soon as it was announced. But those who do get one will find that what is most remarkable about the Senna GTR is not its straight-line shove, which is mighty, or its high-speed grip which is phenomenal, even on wets. It’s the way such abilities are corralled into a form that even in the wet is utterly thrilling yet strangely unintimidating.

Even if you’re not, this car will convince you you’re a demi-god behind the wheel. Which for those who have bought one and even at over a million a pop, will seem like value indeed. 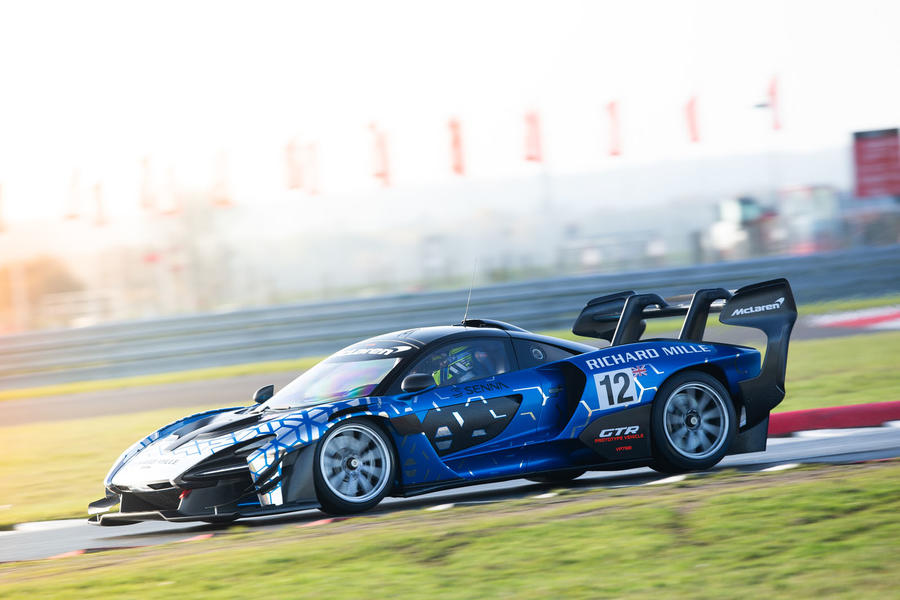 Unfortunately the GTR is not the fastest ever closed Maclaren.

Having driven one I wasn't impressed with it, I'm not a particularly large guy (5'6") average weight, yet I found elbow room restricted, if you steer old school, ie, shuffle the wheel to steer it fine,but on a track where you can cross your hands the door gets in the way.

I don't understand what it is

I don't understand what it is that anyone is supposed to do with such a thing?

It is too ugly to sit and look at.

You can't show off in it if that is your thing.

And how many times can you enjoy driving round a circuit in it for no obvious purpose?

If I won one, prepared and maintained free of cost for life, would I be pleased? To be honest, I can't think why I would.

I don't understand what it is that anyone is supposed to do with such a thing? It is too ugly to sit and look at. You can't show off in it if that is your thing. And how many times can you enjoy driving round a circuit in it for no obvious purpose? If I won one, prepared and maintained free of cost for life, would I be pleased? To be honest, I can't think why I would.

I agree with your points and conclude that we are not McLaren's target market(!).  Presumably a Senna GTR will be one of the owner's many toys.  He/she will enjoy driving it round a circuit occasionally but I would guess the point of it is to be a part of a collection...