You might well consider it pointless to fit a handful of solar cells onto an electric car with an enormous battery – but let me introduce you to the Lightyear 0.

Lightyear was set up by a Solar Car Challenge team from the Eindhoven University of Technology, and the 0 is the culmination of a first decade of research and development. It’s not mainstream, to be clear. Only 964 examples will be made (because there are 964 trillion kilometres in a light year) and they will cost an eye-popping €250,000 (£215,230) each.

The only other solar EV on the horizon is the Sion, a supermini from German start-up Sono. It’s planned to enter production in late 2023 and be 10 times cheaper than the Lightyear 0

To say that the 0 looks like nothing else on the road would be an understatement. From various angles, it looks either like a squashed and lengthened Toyota Prius or a literal spaceship (not unlike the Mercedes Vision EQXX concept). It’s not ugly per se, but it helps a great deal if you can appreciate function over form.

Aerodynamics rule the day: the drag coefficient is claimed to be lower than 0.19 Cd. Between the covered wheels, the active grille shutters and the absurdly long (5083mm) body, just about everything on the exterior has been fashioned to make air slide smoothly. Cameras take the place of side mirrors and screens inside show what’s beside you. There’s a digital rear-view mirror, too, since the cabin’s rear is covered in solar cells.

For a prototype, this car is remarkably well put together. There are no significant rattles and the interior is mostly finished. 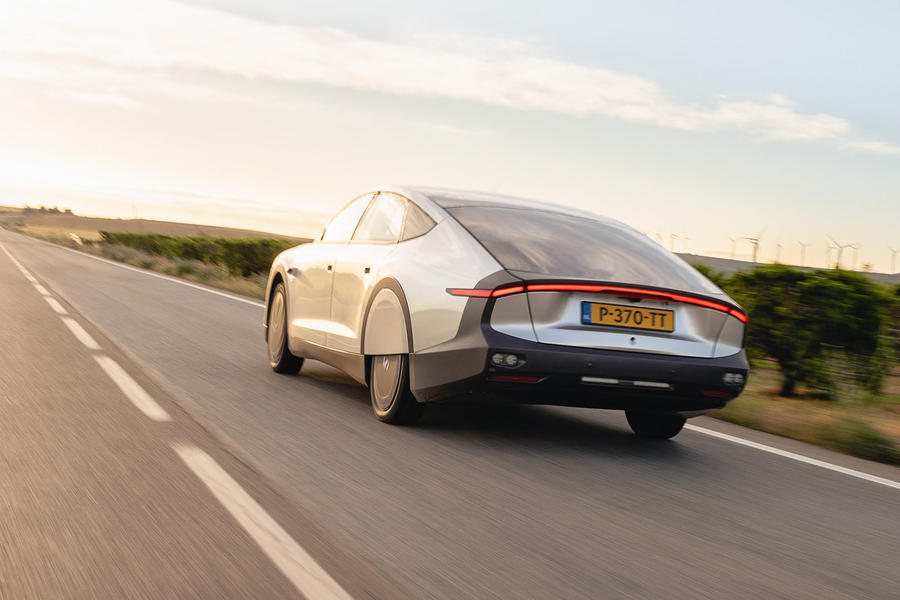 It feels Scandinavian inside, the Polestar 2 being the closest analogue. The low and wide dashboard is covered in a textured cloth, with two screens – one for the digital instruments and the other for infotainment – affixed. Neither has finalised software yet, instead showing engineering-specific numbers concerning current energy consumption and energy generation.

Watching it collect energy from the sun is fascinating. Under ideal conditions, the car’s 728 solar cells can generate just over 1kW of power. The highest I saw was around 0.65kW, although it was climbing concurrently with the sun over the course of the day – apropos the summer solstice in Spain.

The car’s 60kWh battery can and should be charged by plugging into residential or commercial chargers. The solar cells are intended to supplement rather than supply your energy.

The driving experience is more noteworthy for what it isn’t than what it is. The steering is heavy and sluggish, the brake feel isn’t quite right and I’m not allowed to exceed 62mph. All of the systems remain in active development, though, and Lightyear’s engineers assure me that everything will be improved by the time customer deliveries begin.

The 0 is far from spry, but it will have sufficient get-up-and-go for most drivers. There’s no crazy launch mode and it’s definitely not meant for the drag strip. Instead, every part of it has been built to maximise efficiency. The 0 achieves an astounding energy consumption figure of 5.8 miles per kWh – one of the best so far in the EV industry.

Lightyear expects that will be good enough for a range of 388 miles on the WLTP test cycle and it quotes a range of 348 miles at motorway speed (68mph). I’ve worked with countless car makers and never before had one willingly tell me an EV’s realistic range at motorway speed, so kudos to Lightyear for that. 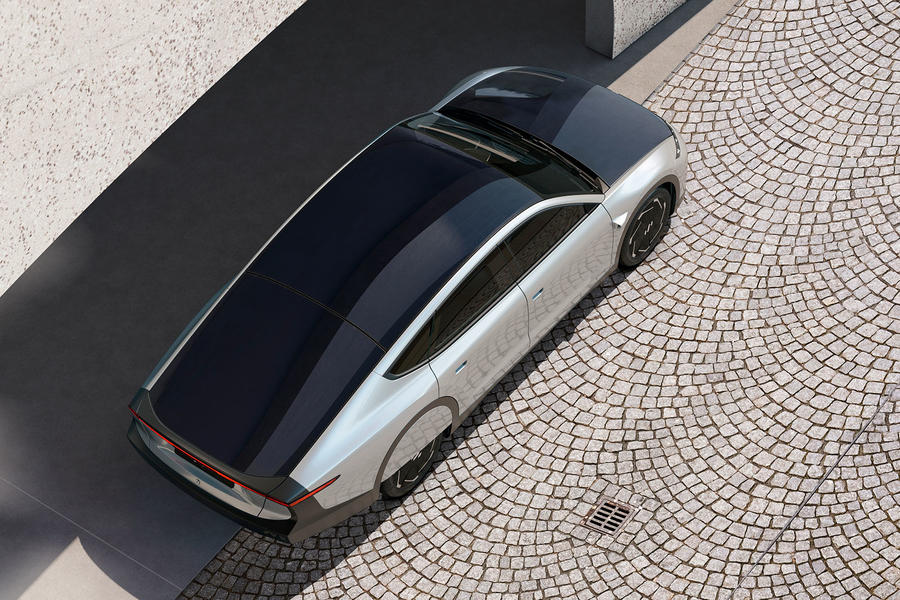 The 0’s astounding efficiency comes from many places: the aerodynamic efficiency for one but also the extremely narrow tyres and the unique electric motor design.

Rather than use inboard motors, like all makers of road-going EVs have done to date, Lightyear has co-developed an in-wheel motor with Slovenian supplier Elaphe. Along with a thin disc for friction braking, one of these is entirely enclosed within each of the car’s narrow wheels.

Each motor assembly does increase unsprung weight by 37kg, but this is partially offset by the narrowness of the wheel (so there’s less tyre and rim) and the lack of a transmission, driveline, differential and suchlike.

The whole car weighs 1575kg at the kerb, so between that and the slippery aero, there’s not a terribly large amount of car to haul around. 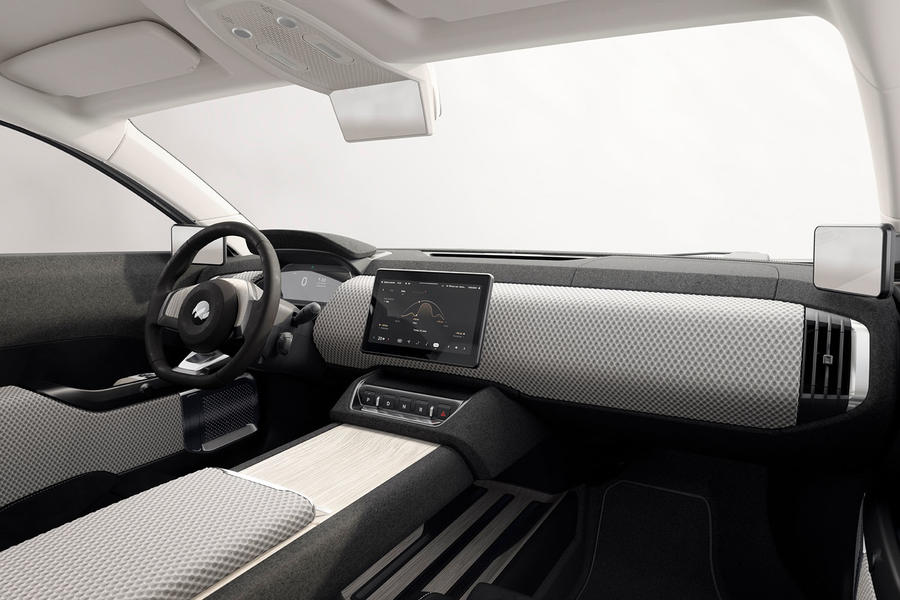 Lightyear has been on a hiring spree lately and appears to be going full speed ahead on development, but bringing a car to market is a very expensive proposition, and scoring a large investment as an EV start-up is a lot harder than it was just a year or two ago.

But I hope Lightyear does survive. I arrived as a solar sceptic but now, while still not quite a true believer, I can see potential in the technology.

By combining enough solar cells to generate as much as 44 miles’ worth of electricity per day with a wildly efficient design, Lightyear has given us another potential direction for our electrified future. Young minds bring fresh ideas, and the world of EVs looks more interesting with Lightyear in it.