From £85,4508
High-spec variant of Range Rover's most road-biased model yet offers unrivalled tech and plenty of luxury, but has a less clearly defined focus
Open gallery
Close

Land Rover says the Range Rover Velar is the best driver’s car it’s ever made, but we've been left underwhelmed by the variants powered by engines on the lower rungs of the range. Now, though, we’ve driven a model far better prepared to stand up to Land Rover's opening claim: a top-spec First Edition P380 with JLR’s proven supercharged 3.0-litre V6 beneath its snout.

Available only during the car's first year of production, the price of the First Edition starts at an eye-watering £85,450 - £15,240 more than the regular P380 - but it does so with a considerably longer list of standard-fit kit. Key among the additions is All Terrain Progress Control and £1140 worth of air suspension, as well as a head-up display, normally a £930 option. It bolsters the already high-tech armoury of cabin infotainment that’s made up of  two touchscreens and digital instrument cluster, making for the most impressive cabin in this class. 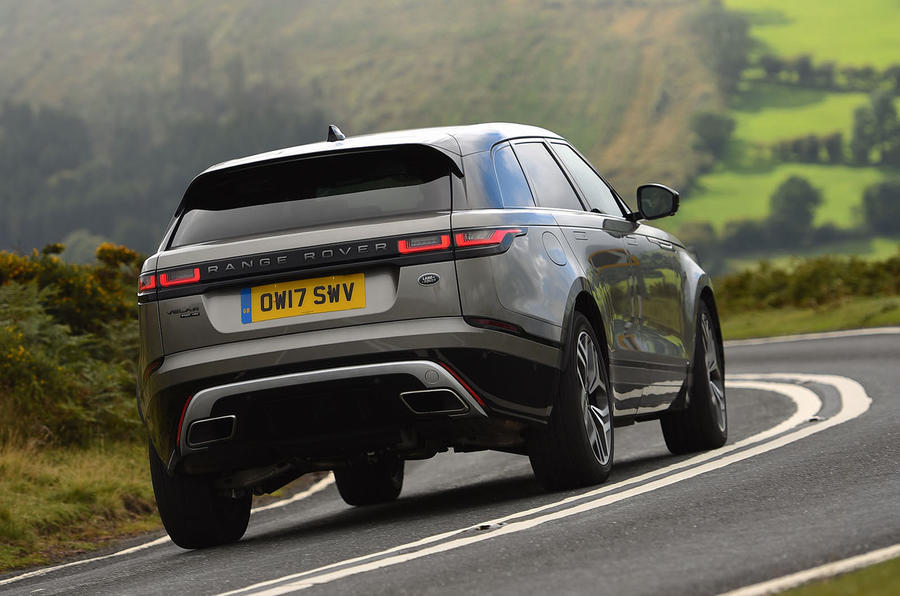 The infotainment beats even the Virtual Cockpit of Audi’s Audi Q5 for visual drama, although it’s less intuitive to use. Its touch responsiveness is comparable to that of a smartphone but, frustratingly, the reaction time for menus to load is not quite as swift. Our Velar’s system occasionally needed up to two seconds to respond when multiple applications, such as the satnav and music player, were called into use soon after one another.

The car’s large front seats are extremely comfortable and come with a four-mode massage system. Combined with the screens and soft-touch materials strewn around you, the Velar’s interior is certainly not wanting for luxury, so much so that the cabin is the first feature that’ll grab you during your first ride whether you’re sitting in the front or back.

The car’s V6 engine is shared with the Jaguar F-Pace S, with which the Velar also borrows its aluminium structure. The motor channels 375bhp and 332lb ft to all four wheels via an eight-speed ZF gearbox, with power biased to the rear wheels in normal driving conditions. 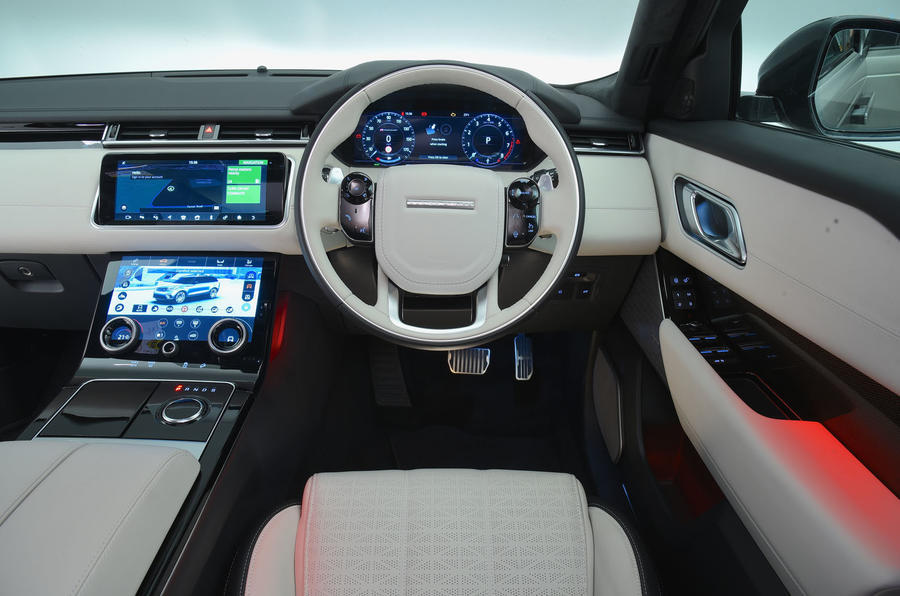 This stout SUV offers brisk, effortless performance, but it does so with considerably less aural drama than it does in, say, an Jaguar F-Type. The quick-shifting gearbox, which can be controlled via paddles, does add to the occasion if you choose to change gear yourself, but you’re never left craving that next open stretch of road to fully open the throttle like you might be in a more focused machine – not least because the fuel gauge falls at an alarming rate if you do. We averaged no better than an indicated 21mpg on a B-road run, the clearest reminder of this car’s near two-tonne mass.

On-road handling is drastically boosted by the presence of adjustable air suspension, which can be set in several modes ranging from Comfort for a more forgiving damping through to Dynamic for the most composed ride. While the Velar can’t mimic the hunkered-down stance of the more sporting F-Pace S or its rival, the Porsche Macan, it still mixes good ride comfort with impressive body control. Where it loses ground to its rivals as a driver’s car is in steering. The car’s electronically assisted system is no match for the more feelsome systems of the Jaguar F-Pace and Macan, but this is clearly not an area of focus for the Velar. Ease of use is.

The Velar does at least stay true to its namesake by possessing the best ground clearance and wading depth in class, albeit with a smaller advantage over competitors than we’ve become used to. In some ways, this powerful, luxury SUV feels similar in character to Rover V8-engined Range Rovers of yesteryear. But those models still possessed a clear off-road focus, something not even Land Rover has tried to claim with its new, road-biased Velar model.

The Velar can’t match the F-Pace S or equivalent Porsche Macan for driver appeal, and it’s not as effective off-road as its Range Rover stablemates. Instead, this most luxurious Velar harbours within a narrow niche that makes little sense to the majority of us. For those unfazed by the asking price and the prospect of poor fuel economy, however, the Velar P380 First Edition would make a fine addition to the shire fleet. 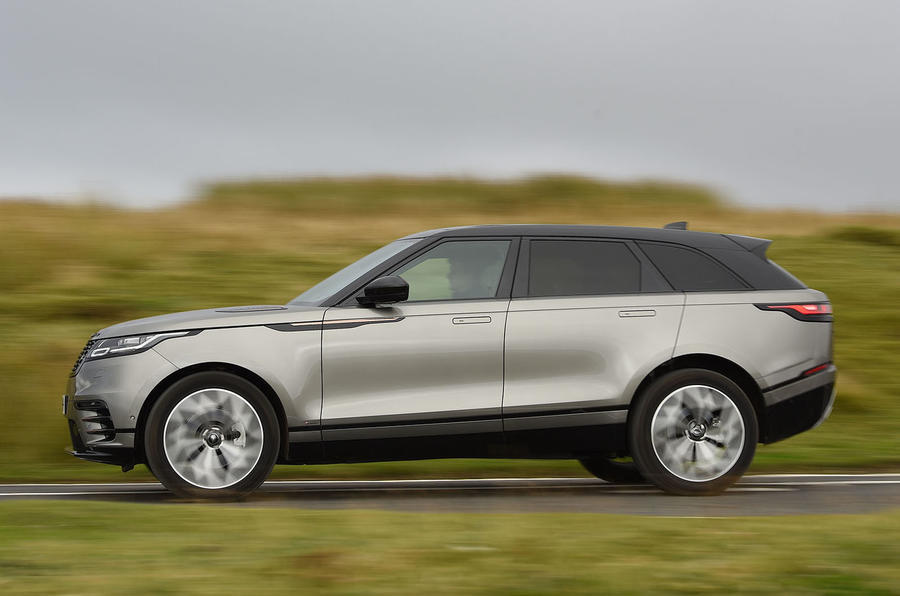 On the subject of LR reliability.

i have had several discoveries over the last 8 years.

none of my discoveries have let me down. Ever. The suffer hilarious electrical glitches - like my old disco 3 at morning start up stating "transmission failure" warning when a rear bulb has blown (yes LR struggle width that one too), but it never stopped the car, turn off, turn on transmission failure warning gone until the following morning.

Everything else tends to be wear and tear, like bushes take a beating and need replacing every 4-5years - it's a 2.7 tonne car so hardly a surprise. The worst thing was 2008 cars had a weak oil pump case that if it failed cause total catastrophic engine failure as the main cam chain tensioner was attached to it.  LR refused to acknowledge this, as replacement pump from later versions cost £900. Although a mate of mine who's engine failed out of warranty had the engine replaced by LR free of charge.

The disco 3 had niggles, but never let me down and felt very dependable, crossing france regularly at high speed and racking up nearly 100k in 3 years.

My new disco 4, I say new, I've had it 18 months now, nothing, not even a squeak. Tried tested and solid. Has a habit of working.

lesson to me? Avoid the early production run of any new model from JLR, it's a public test bed.

Regardless of this, I won't be buying the new one though, I just don't like it, and it has left a genuine issue with what to buy next. No one produces a proper do it all 4x4 any more. They are too Road biased and too lux to really be useful to me. JLR won't be weeping though, the old country set don't have as deep pockets as the Cheshire set, and they are selling bucket loads of the new ones.I don't think LR rely on country credentials any more or even any pretence of real country usability (Just look at the interiors, would you really have muddy wellies and a bunch of dogs in there?), hence the velar, they are now a celeb wagon, and selling all the more for it. Clever stuff and good on them.

I may even have to buy a decent 4x4 estate and an old 3dr shogun for towing / rough stuff. The current disco is both of these for me, a real 2 in one car. The velar. It's a high priced posh estate. Nothing wrong with that I suppose.

If its tiresome read something else.. Believe it or not I don't agree. JLR cars work better on British roads than German cars their damping and spring rates are simply better suited. The style is off the scale better than German card. German R&D is broad and deep but not necesarily better than any other nation. They have some monumental slip ups such as Porsche GT3 engines blowing up so they had to be withdrawn from sale the BM N54 3.0 petrol engines, Porsche input shafts, Merc 220 injectors etc. etc. I don't get how you think there is some sort of inate superiority.

I don't get how you think there is some sort of inate superiority.

You're arguing against a subjective point with...a subjective view. I would agree that German cars work better on German roads, just as US cars do on US roads and JLR cars may work on UK roads, but then the opposite clearly holds true too. Styling is very subjective, you say its 'off the scale', others say its cheap and tacky. In terms of faults a) in many cases suppliers are actually at fault rather than OEMs but except for Takata airbags killing people, few people know or care. b) The faults you mention are very specific, that's arguably a better sign of quality than more generic descriptions such as 'electrical issues' associated with e.g. French and Italian cars. Take a look at the Telegraph's recent long term test of the new Discovery - one electrical failure after another. c) a good indication of inate superiority is what are used as taxis and what is desirable for export to places like Africa, in neither case is it JLR products.

I don't get how you think there is some sort of inate superiority.

...... Take a look at the Telegraph's recent long term test of the new Discovery - one electrical failure after another. ....

c) a good indication of inate superiority is what are used as taxis and what is desirable for export to places like Africa, in neither case is it JLR products.

When an old Renault of mine inevitably conked, the RAC recovery man said a similar thing. His first line of advice was "Get a Lexus, absolutely bullet proof, we never recover Lexus". Secondly he said "Have a good look at what cars taxi drivers are driving and if you get taxis on a regular basis, look at the mileage". Not long after this I was in an old Toyota Avensis taxi which had done close to a quarter of a million miles. Suffice to say I've had a trouble free Toyota for the last 8 years.

All with you, in earlier times people looked at taxis, number of sold cars etc to get an idea of the quality. Today these statistics are showing wrong results, as most of the bigger car manufacturers have their own support services and therefore many of the failures never find their way to the stats.

But back on topic of the RR Velar, anyone having experience with the D300 engine?

Was going to be standard on 6 cyl cars.