The Kia Stonic arrived in 2017 offering slightly sharper styling and handling than many machines in the compact crossover class, but the Kia really separate itself from the massed pack of ‘Nissan Juke rivals’.

While the Stonic has been a solid seller for Kia since its launch, a handful of new compact crossovers – particularly the Ford Puma and Volkswagen T-Cross – have raised the class average significantly.

In response to such cars and the ever-present need to lower emissions, Kia has turned to mild hybrid technology and an entirely new generation of engine for the Stonic’s mid-life facelift. Is that enough to turn the Kia from solid to super Stonic? 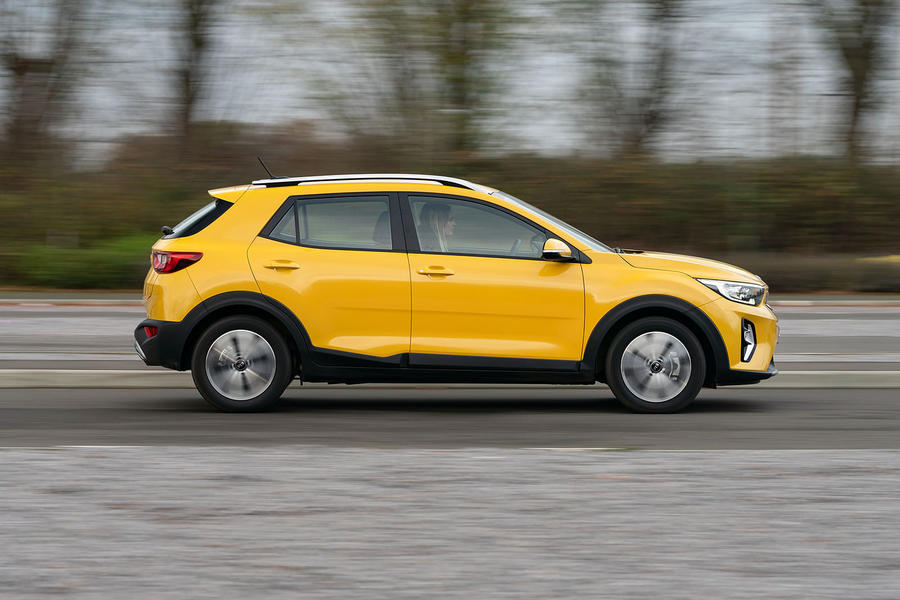 You might find it hard to spot the changes to the Stonic on first glance at both car and spec sheet might suggest. Exterior styling changes are limited to new LED headlights, a new GT-Line trim and extra colours, while inside the central touchscreen has grown, and the digital driver display is higher resolution. Welcome upgrades, but hardly substantial.

The big change is found with the powertrain, although they might seem similar: the entry level – and UK best-seller – remains a 1.0-litre turbocharged three-pot offering an unchanged 118bhp. Except it’s Kia’s new-generation Smartstream unit, which adds variable value technology for a claimed better efficiency and improved torque than the Kappa motor it replaces.

That motor is also available with, as fitted to our test car, Kia’s new mild hybrid 48V integrated starter generator (which Kia brands EcoDynamics+) and new intelligent manual transmission (iMT) gearbox. The six-speed box is actuated electrically rather than mechanically, which is designed to maintain the engagement of a manual while maximising the fuel economy and emissions benefits of the 48V ISG.

Despite that new tech, from behind the wheel the changes feel as subtle as the Stonic’s styling tweaks. The engine offers a classic three-pot feel, occasionally raspy but largely quiet, and with a touch of refinement offered by the engine-off coasting. The iMT gearbox feels much like a traditional manual: it pairs well with the engine and is responsive, although hardly thrilling.

Similarly, the Stonic retains sharper handling than many class rivals, tempered slightly by a slightly stiff ride that can make it a little on the fidgety side. Keep it relaxed, where both chassis and powertrain are more in their element, and it’s well suited for urban pottering. 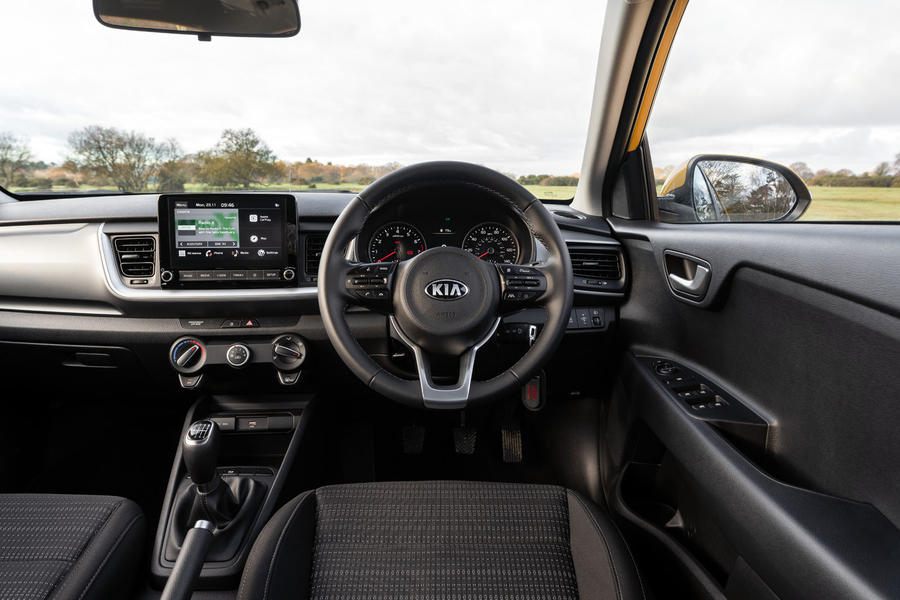 Despite the number of new and reworked elements in the electrified powertrain, the results are a case of marginal – mild, perhaps – gain: a dash of refinement and a useful bit of extra fuel economy.

It certainly doesn’t harm the Stonic, and it remains a machine well suited to the needs of likely buyers with a number of admirable strengths. But while the sharp end of the class has moved forward thanks to the Puma and T-Cross, the Stonic has merely kept pace with the chasing pack behind. It's a stylish, pleasantly likeable and slightly alternative machine, but still not a leading class contender. 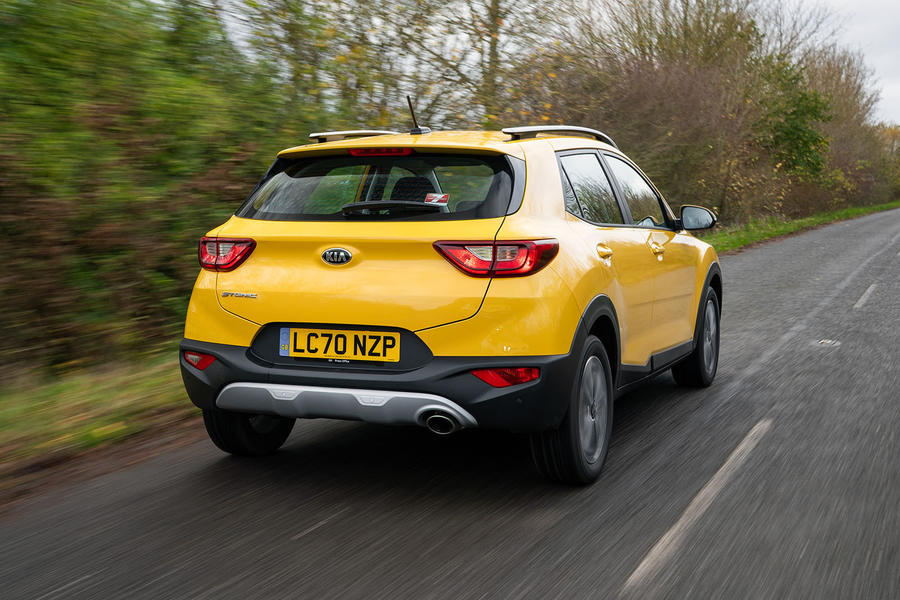 The Apprentice 4 March 2021
They look the part in the metal and you get a lot of kit for the money, but sit in one and you feel its pushing the crossover illusion too far, there is no height in the seating position at all. Might as well just buy a cheaper hatchback version, feels the same from inside, same engines and spec.
si73 4 March 2021
Are you confusing this with the xceed as this has no hatchback version as far as I'm aware.
Styling wise it looks pretty good, that it doesn't drive as well as a puma is probably irrelevant to most prospective buyers as you don't buy a crossover SUV for its sporty drive, and even the puma is shown up by its fiesta stablemate.
The Apprentice 4 March 2021

Are you confusing this with the xceed as this has no hatchback version as far as I'm aware.
Styling wise it looks pretty good, that it doesn't drive as well as a puma is probably irrelevant to most prospective buyers as you don't buy a crossover SUV for its sporty drive, and even the puma is shown up by its fiesta stablemate.

Not, I was meaning it feels no different to any hatchback in general, having sat in one and I am a big crossover/SUV fan. Something like an Arona or a Vitara feel a lot more crossover like to sit in, this and the Xceed both feel low slung. (Kia dealer at the end of my road!)

si73 5 March 2021
Fair enough, yes having re read your post you did say buying a cheaper hatchback version which I took to mean a version of this as opposed to generic. Actually, for me, that lack of full height would be more appealing as I don't actually like the feeling of sitting high on rather than in the car, I ran a jazz mk 1 which has a higher hip point than most superminis but I had to have the seat as low as it would go to feel comfortable, as whilst there was plenty of room to have the seat up and it wasn't actually uncomfortable, I felt perched, too high.
So one of these with slightly more ground clearance but not too high a driving position could be best of both worlds for me.