From £16,1057
Share review
Handsome entrant into the bulging small crossover market has a strong engine and agile handling, but isn’t as comfortable or complete as rivals
Share
Open gallery
Close

The Kia Stonic is a supermini-sized crossover here for the general delectation of a European car-buying public currently preoccupied with both compact SUVs and downsizing – and therefore arguably doubly ready to embrace it.

Perhaps we should call it another supermini-sized crossover. This segment is expected to double in size from its 2016 level by 2020, and that’s why we’re seeing all-new models from Hyundai, Citroën, Seat and MG pile into it all of a sudden in addition to Kia. All of them are offering cars alongside the likes of the Renault Captur, Peugeot 2008, Nissan Juke, Mazda CX-3, Vauxhall Crossland X and Fiat 500X that are already on sale. The water in the shallow end of the junior soft-roader market’s swimming pool is evidently rather lovely at present. You wonder, frankly, how many more paddlers it can take.

Sharing its platform with Kia’s Rio supermini, the Stonic has the same wheelbase as the Rio but it’s slightly wider and longer in the rear overhang, as well as having a slightly “jacked-up” ride height and an even higher-rising roofline. Still, the most meaningful differences between this car and a typical supermini are quite slight: 42mm on ground clearance and 70mm on overall height. A Dacia Sandero Stepway enjoys almost the same advantage over a regular Sandero in terms of ride height, while a bog-standard, dead-ordinary Nissan Pulsar family five-door is precisely as tall overall.

Since there’s no option of four-wheel drive in the Stonic either and no engine more powerful than the 118bhp 1.0-litre turbo three-pot of our test vehicle, this is a car that plainly wears its SUV garb quite loosely. But that’s increasingly common in cars of this class. Customers shopping for a ‘B-segment SUV’, we are told, aren’t necessarily after ruggedness or capability, but are looking instead for a ‘right-sized’ hatchback – having ruled out a Golf-sized conventional five-door as more car than they need. They want the convenience of a fairly high driver seat, and the improved visibility that grants, as well as a good-sized boot – in a package that’s still lighter and more economical than the average family hatchback. They also like the alternative design appeal of the modern crossover; or at least, they like the idea of not owning another ordinary five-door family hatchback exactly like their last car. 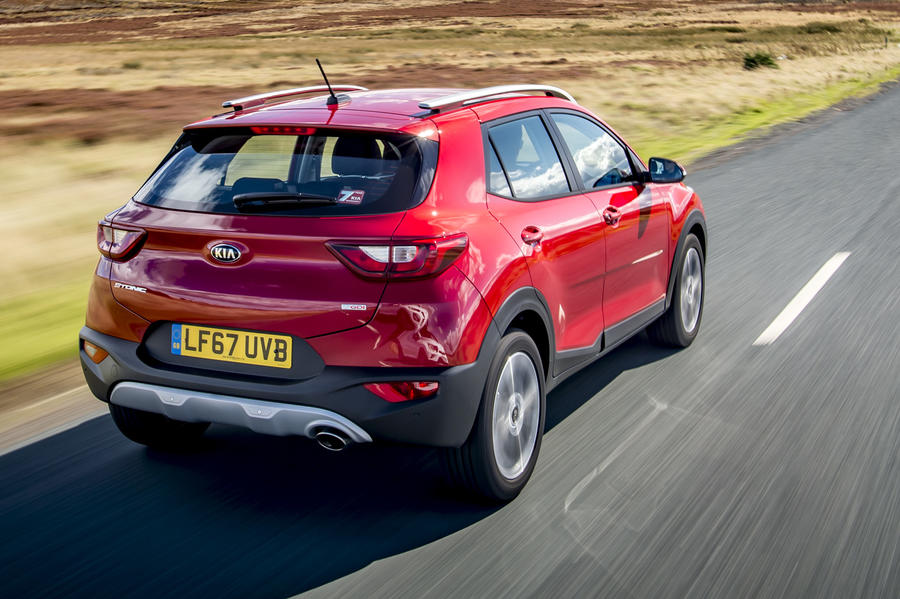 Well, it’s not ordinary. The Stonic is a continuation of a rich vein of design form from Kia that started with the third-generation Sportage in 2009 and has culminated with the recently introduced Stinger executive GT. It mixes hatchback and SUV design idioms sensitively but to striking effect, being particularly handsome – to this tester’s eyes – from the rear three-quarter. Suffice it to say, this is a car you’ll notice when you see one on the road.

From a functional perspective, though, it’s not immediately obvious when you’re getting in if the Stonic’s had quite enough SUV identity baked into it. You lower yourself down into the driver’s seat rather than sliding conveniently sideways into it, and the view you get out isn’t what you’d call commanding. Headroom is generous and there’s plenty of height adjustment on the driver’s seat cushion, allowing you to perch closer to typical crossover height if you want to. But overall, this isn’t a driving position that instantly smacks of easy accessibility or convenience.

Further rear, the Stonic’s back seats are just large enough for an average-sized adult to sit comfortably behind another, and they’ll be fine for kids in booster seats. Taller adults will need to spread their knees and slouch in their seats to avoid contact with the seatback and roof. The car’s boot is a good size and has a handy split-level ‘boot board’-type false floor – but it also has a loading lip over which heavier cargo will need to be lifted. More mixed tidings, then.

Kia offers a choice of three engines in the car: alongside the 1.0-litre, 118bhp three-cylinder turbo petrol of our test car, there’s a 1.4-litre, 98bhp atmospheric petrol and a 1.6-litre, 108bhp turbodiesel. Demanding just a £700 premium over the 1.4- and undercutting a diesel by an even wider margin, the 1.0-litre turbo is expected to be the most popular motor of the three – and deservedly so.

Kia’s changes to the Stonic’s underbody and suspension in transformation from those of the Rio were mostly intended to improve refinement, and the Korean firm’s three-cylinder engine certainly seems quieter here than it does in a Rio. It starts with a charismatic thrum and certainly makes its presence felt under load, but its combustion noise fades to a muted level when cruising.

The Stonic has a fairly strong, flexible performance level, and gets along A-roads and motorways with an assuredness you won’t find in every small hatchback. Around town, it tends to surge a little in response to initial throttle inputs, and so isn’t always as smooth as you’d like away from standing. But there’s plenty of accessible torque here, which makes zipping the car up to speed, maintaining your momentum – and overtaking when you need to – easy to do.

The car’s suspension tuning, like its exterior design, is clearly intended to make it stand out in a growing crowd of similar small cars, specifically by engendering a thrusting, poised driving experience – and in that mission, the car only partly succeeds. Its low speed ride is firm and slightly tetchy at town speeds, where really the car ought to feel more at home than the average supermini. The Stonic’s body fidgets and fusses over uneven roads, and while its body control settles down a little bit at higher speeds, it never even approaches the enhanced comfort and isolation levels that you expect of a high-riding car.

The Stonic handles keenly up to a point and keeps its body flat at all times but, though it steers with pace, there’s a little too much leaden weight at the rim, and too little genuine incisiveness off-centre, to make you really enthused. The car’s grip levels are only moderate – and since there’s no other option for now but a 17in alloy wheel, there’s no way to increase those grip levels without departing from factory-warranted specification. And so, while the car’s driving experience certainly isn’t as comfortable as you might have expected it to be, neither is it coherently fun. 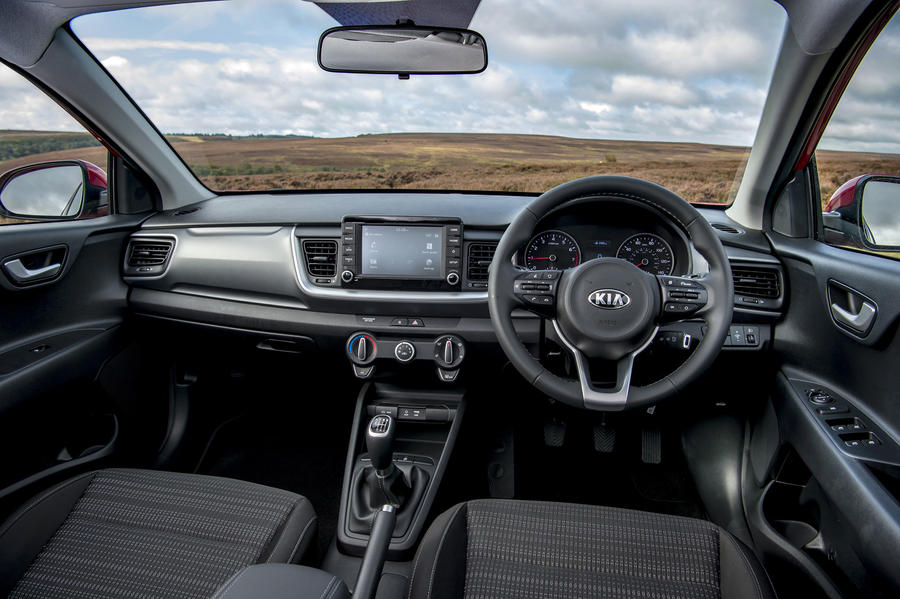 The Stonic’s styling and its 1.0-litre turbocharged engine are both convincing enough. Value-for-money counts in the car’s favour too: even in the lower-of-two trim levels available at launch, you get a 7.0in touchscreen infotainment set-up as standard with Apple and Android smartphone mirroring, DAB radio, six airbags and plenty else – for a price that beats the equivalent Renault, Mazda, Peugeot, Vauxhall and others.

That appealing price won’t buy you the best-handling car in the class, however – nor the most practical or convenient. 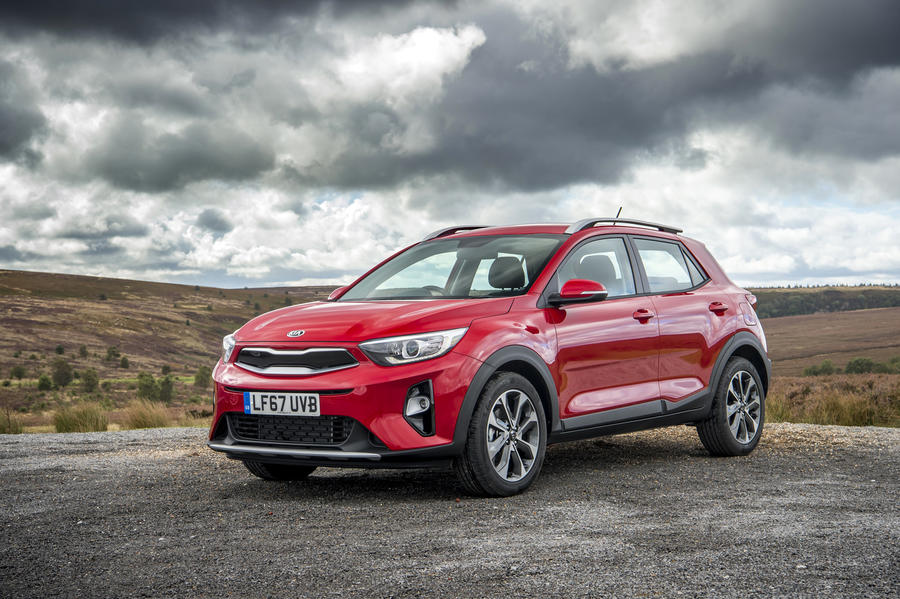 What happened to the phrase - normally aspirated. But I'm pretty certain that the turbocharged or forced induction alternatives -- also need athmosphere to function.

Seems pretty good value to me

Regarding the hyundais price, top spec models are rarely good value and nearly always end up in the price range of the model up. Also this appears to be a different platform as the hyundai is a new platform that enables awd and electric versions whereas this kia is based on the rio (according to the reviews) so that might account for the slightly higher rating for the hyundai as it may actually be better to drive.

24 October 2017
A lot of private buyers buy Korean cars because of the warranty offered, which is quite sensible if you do average annual milage, plan to hold on to the car for the warranty period and are not too interested in having "best in class" handling etc..

17 July 2018
PHD thesis writing service is trying to help the students in a way and in an other way. This help could also be taken from this site https://topamericanwriters.com/ultius-com-review/ ideologies. This is such a good and and a perfect blog. I just like this blog so much and would like to share it.

Looking for the best quicken tech support and services then you should contact us. we provide best technical support.

If you are searching for reputed SEO services for Small Business. Our Search engine Optimisation is a round mixture of varied methods over some time, we can give you valued scales based on earlier experience, past presentations, and present niche data/trends.