From £18,2957
A strong estate with driver’s appeal but not a class leader
Open gallery
Close

It’s just a light nip and tuck for this updated Kia Ceed Sportswagon, which remains a popular business car choice in Kia’s line-up despite the arrival of the Kia Xceed in 2019, inevitably cannibalising some estate buyers.

More than a tenth of Ceed sales go to the Sportswagon, although that’s heavily skewed by the addition of the Xceed to the family, which now accounts for a staggering half of overall Ceed sales.

There’s a new 1.5-litre turbocharged petrol, driven here, which replaces the 1.4-litre - a goner thanks to emissions regulations. An entry-level 1.0-litre petrol and fleet-focused 1.6-litre diesel with mild hybrid are also available, but this powertrain will be the most popular, for retail buyers at least. 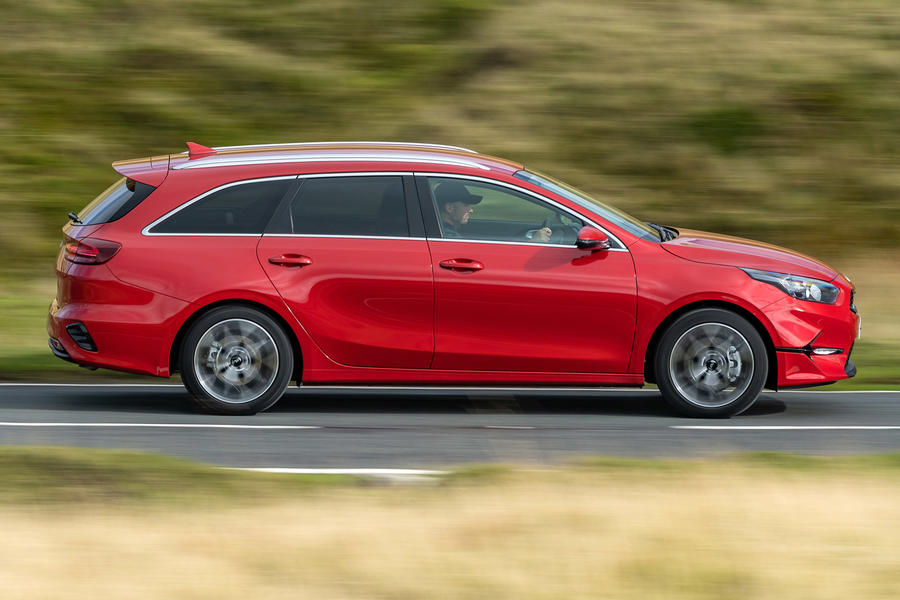 It’s a feisty engine which has enough pull for any type of road and works fluently with the seven-speed DCT. The issue is refinement: gruff when being worked and still notably noticeable when not.

The other criticism is general noise in the cabin. Along with the engine, there’s excessive road and tyre noise and while you adapt, better insulation should be on the list for the next-generation model.

Those smears aside, and you have a well-rounded, capable and agile car. The chassis has an unexpected level of finesse demonstrating control when cornering and composure (mostly) over less admirable roads. The steering lacks some feedback but has a good heft to it and feels accurate, although doesn’t quite have the balance of the Skoda Octavia Estate.

Interior quality is commendable, although the upper plastics feel as if they could be slightly less scratchy. Still, it’s a world away from Kias of old. The infotainment system with 10.25in touchscreen on our variant - plus, joyously, tactual buttons - is intuitive to use. All-in-all, the Octavia has the edge here, thanks to its Volkswagen Group roots, but the Ceed is still a pleasing place to be. The 625-litre boot is cavernous with well-sized, handy underfloor compartments and almost as big as the Octavia’s 640 litres.

The top-spec ‘3’ trim, as tested, is the most popular and includes 17in alloy wheels, privacy glass and rain-sensing front wipers. Other equipment includes dual-zone air con, reversing camera system and Apple CarPlay/Android compatibility. Given how much there is, the only immediate glaring omission is heated seats. 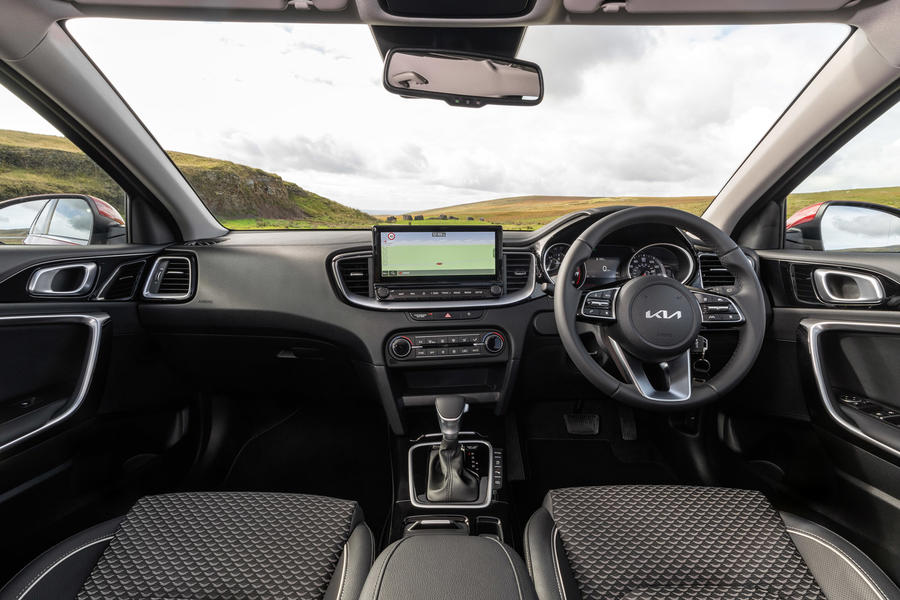 The Ceed SW isn’t the natural choice in the volume, compact estate space but that’s not to say it doesn’t deserve consideration. It’s more enjoyable to drive than one might expect of a relatively sedate wagon and, while not reinventing the wheel in any way, it successfully offers comfort, space and equipment which is what many buyers are looking for. There’s also the added assurance of Kia’s seven-year warranty.

Ultimately, this model remains competitive in a very competitive class, but can’t quite beat the Octavia for overall attractiveness, nor the likes of the class-leading Ford Focus dynamically. 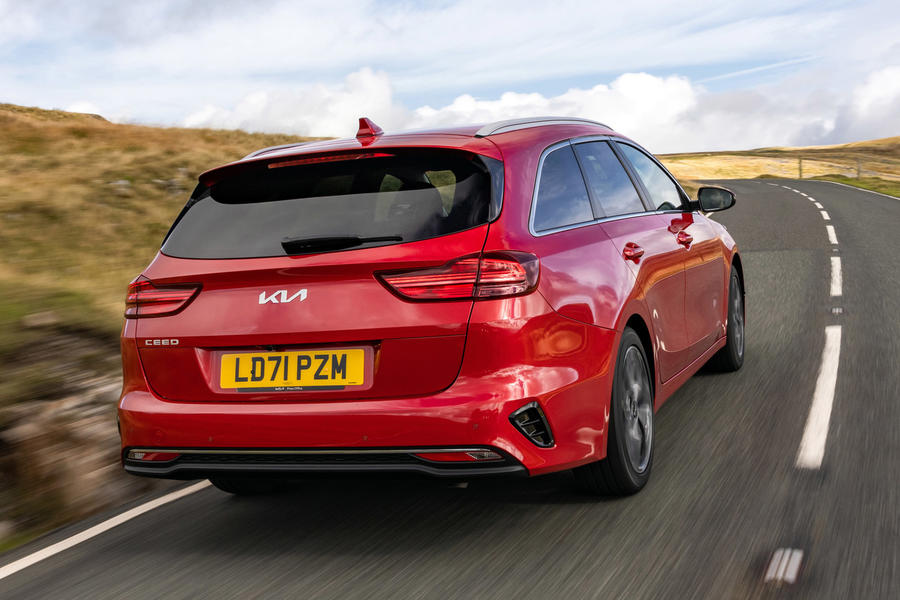 Log in or register to post comments
SAS32 27 December 2021
The side profile from the A-pillar back reminds me somewhat of the MB C class estate as does the rear, which is no bad thing. Unfortunately the estate car is sadly heading towards niche status.

The omission of heated seats is surprising given Kia normally throws the kitchen sink at its upper specifications.