A ground-breaking world first, that's what. Well, sort of: the Kia Ceed is welcoming mild-hybrid technology as part of a pre-facelift tech update due in the UK in late 2020, and the South Korean manufacturer claims this is the first time a 48V mild-hybrid system will be used alongside an electronic clutch.

The theory goes that the family hatch will eke out better fuel economy from its diesel engine without needing to sacrifice the driver involvement that comes with a manual gearbox.

Kia’s ‘intelligent Manual Transmission’ (iMT) uses a clutch-by-wire system in tandem with the starter/generator to switch the engine off earlier than was previously possible when coming to a stop. It also allows the car to briefly turn off and coast in gear at speeds of up to 77mph. The end result is less fuel used and less CO2 pumped into the atmosphere.

Meanwhile, Kia is introducing a handful of new services to its smartphone integration system, with improved traffic predictions, augmented reality navigation and transferable driver profiles all part of the new package.

Beyond that, the Ceed is just the same, with a full facelift of the line-up not due until later next year. 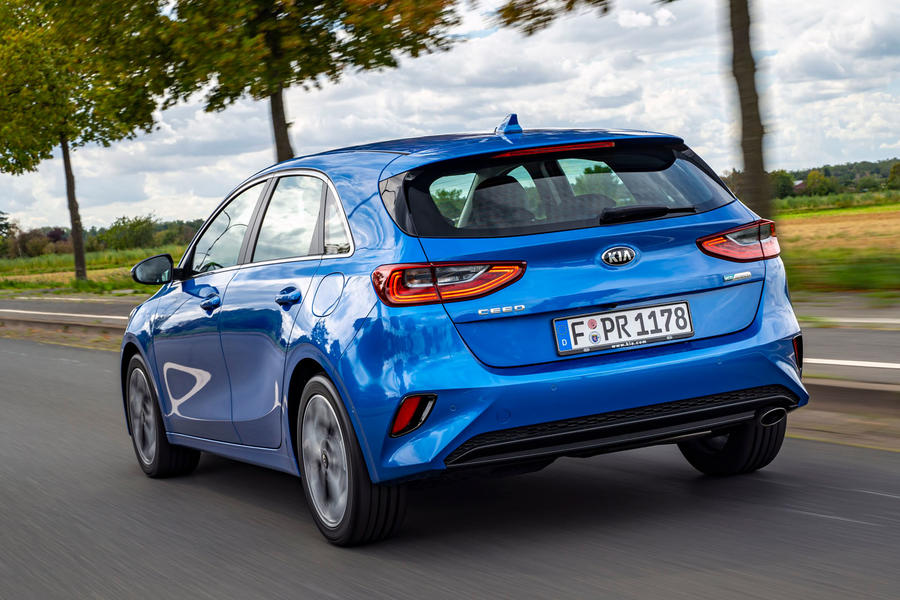 Anyone put off by the idea of an electronic clutch pedal needn’t worry: it’s almost indistinguishable from the mechanical one in the current car, with more than enough feel to find the biting point easily. The gear ratios remain identical, though, resulting in the same laboured acceleration that was a complaint on the Ceed before.

Nor is the mild-hybrid technology that obvious from behind the wheel. The engine cuts out as you come to a halt at lights and junctions, springing back into life the moment you re-engage the clutch. Lifting off on the motorway results in decent coasting, although the engine is less likely to idle here if features like the air-con are drawing power.

We saw 60.1mpg on our short test run in Germany, covering a variety of country roads and some dual carriageways. This indicates that over a higher mileage (the main concern for diesel buyers, after all), the Ceed should outstrip the 70mpg we achieved with this 1.6-litre diesel engine before it went hybrid. According to the official figures at least, the Ceed moves from 56.5mpg to 57.3mpg.

In most other respects, the Ceed is still a grown-up performer. The steering feels direct and balanced, making the car easy to place accurately on the road. There’s a good amount of grip through corners and it’s nicely settled on a motorway cruise. The diesel engine is quiet, too, more so than most alternatives in the class.

The same can’t be said of the ride comfort. It’s acceptable for the most part, although you begin to notice the vibrations on rougher roads as the suspension struggles to absorb all the bumps and jolts. However, having driven the car before, we know this isn’t a symptom of the larger, 17in wheels on our Spirit-trimmed German test car, equivalent to the 3 spec in the UK.

Inside, the interior is unchanged, with the mostly high-quality material finish let down by one or two harder plastics. The menus on the 10.25in touchscreen are easy enough to navigate, although its response to inputs could be sharper.

Ahead of the test drive, Kia demonstrated the new features it has added to the UVO Connect smartphone integration system. Of most interest to buyers will be the ability to save individual personal settings on the UVO app: any family members sharing driving duties can now set their navigation, radio and Bluetooth preferences on their smartphones, so they can be greeted with their ideal set-up the moment they turn the car on. That could prove to be a genuine time-saver, and the fact that Kia has committed to providing all of its connected services free of charge for seven years is an added bonus. 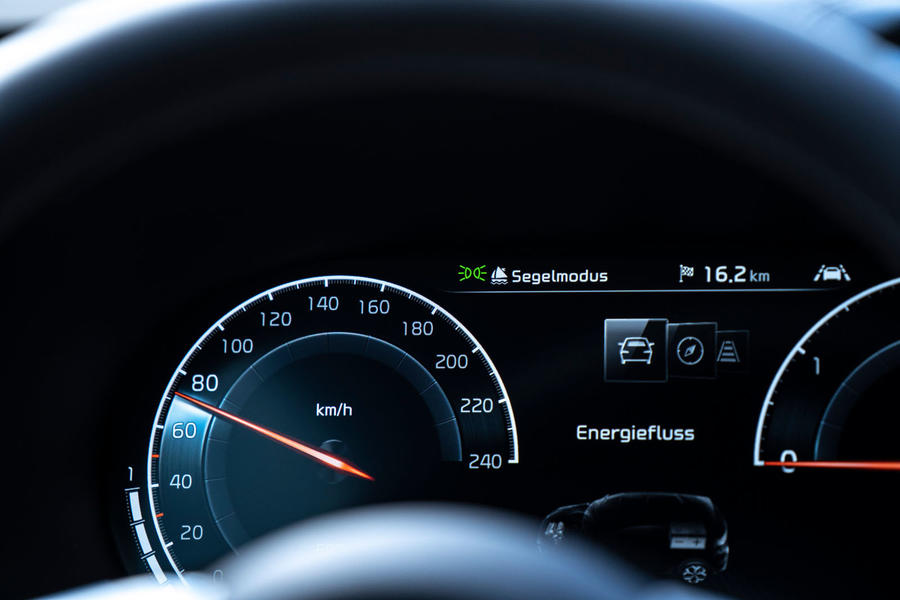 The Ceed’s generic styling, long gear ratios and perceived interior quality were all reasons to opt for the more accomplished Volkswagen Golf and Ford Focus before, and with no updates in these key areas, the Ceed remains a tier below those class leaders.

However, it’s still a very creditable family hatchback, with a commendable driving experience and decent kit list representing excellent value for money. Kia’s seven-year warranty will sway a lot of customers, too. Although the latest additions won’t move the Ceed up the pecking order, buyers will at least have a few more reasons to give it a chance. 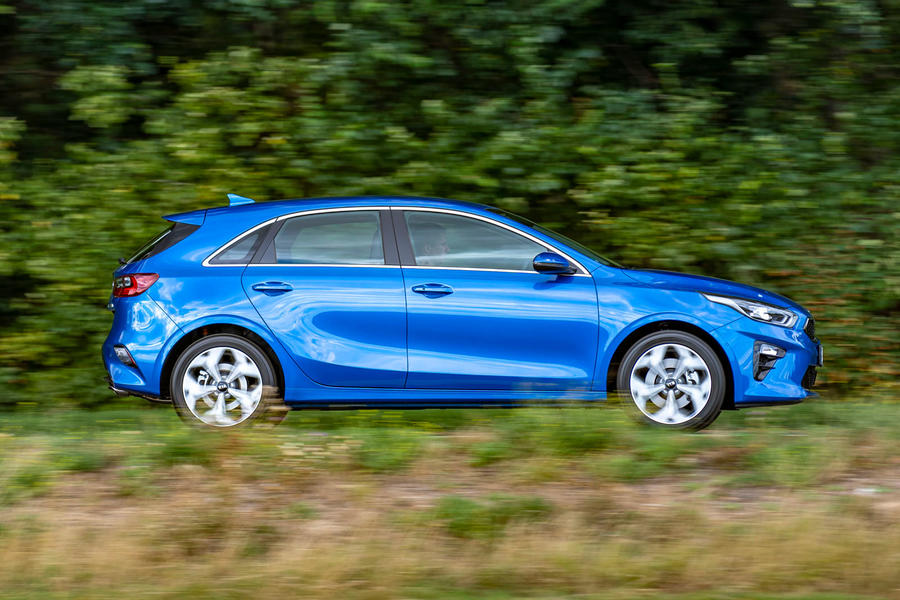 Both inside and out.  Just how many pictures of the stuck on tablet are there? Overweight, over complicated and will be over priced too.

Why couldn't they just

Why couldn't they just produce an efficient dual-clutch gearbox. I don't see the point of this.

Did you read the review ??

Did you read the review ?? Its for people who detest automatics, thats the point, why would they ever buy a horrid dual clutch box ? Theyre not particulalrly efficient anyway.

Did you read the review ?? Its for people who detest automatics, thats the point, why would they ever buy a horrid dual clutch box ? Theyre not particulalrly efficient anyway.

Yes, I've read the review, it has a drive by wire clutch which makes no sense whatsoever - they don't state if you have to step off the accelerator when changing gear for example.

Let's not get into the auto/manual debate - it's for imbeciles and this is not a sports car, or hot hatch.

As for efficiency, unless you're driving an electric car, you're killing an ICE engine in traffic, and you're really killing the clutch in a manual car. So that debate is dead and buried mate.

Seems like a very clever idea and it's a stylish car

Unlike say a VW Golf which is for people with no imagination and who are very boring.
That is why I have to laugh at this

The Ceed’s generic styling, long gear ratios and perceived interior quality were all reasons to opt for the more accomplished Volkswagen Golf and Ford Focus.

Rely and a VW Golfs styling or lack of it what is that? It's certainly not original and it's way more generic than the Ceed.
So AutoCar tell me. What is so good about a VW Golf. I think VW asked all there designers years ago as they never even seem to bother to try and design there cars these days. They just turn out the seem dull boring cars decade after decade. It's a miracle that they VW that is are still around. Only for the fact that they make good Van's they might not be.

Totally agree, VWs have been

Totally agree, VWs have been noted for having lower quality plastics used for their interiors and fords have always been considered worse than VW's with regards to perceived quality. It's all a load of nonsense, there is nothing wrong with either the perceived quality or styling of this ceed when compared to either a golf or a focus, add the 7 year warranty, which certainly gives me an impression of quality, and the ceed looks like the superior car.