It shouldn’t come as too much of a surprise, given the way the wind is blowing, but apparently the Ford Kuga is the most electrified line-up for a single nameplate within Ford. Quite what that makes the all-electric Ford Mustang Mach-E is anyone’s guess, but you get the gist: the Kuga is heartland Ford now, the 2021 equivalent of Mondeo Man, so electrification is key.

This is the mild-hybrid version, joining regular ICE variants, as well as the Ford Kuga plug-in hybrid and ‘traditional’ hybrid models. It runs a 48V system and a beefed-up motor-generator. Designed to optimise the engine’s torque curve (up to 37lb ft at the crank), it helps out in engine-off running as you coast towards traffic lights. Smoother start/stop is another bonus. It is not, however, going to redefine fuel economy.

The advantage is that you don’t get much of a weight penalty with a mild hybrid, because there isn’t a massive battery. As such, this car weighs 1680kg, considerably less than the 1844kg PHEV.

Our car is the ST-Line X Edition, one under top-spec Vignale, so comes with the full trimmings of heated rear seats, B&O speakers, phone connectivity etc. The infotainment system largely works well, especially when coupled with all the myriad buttons on the steering wheel. You could argue there are too many on the helm, but then at least they’re all to hand. 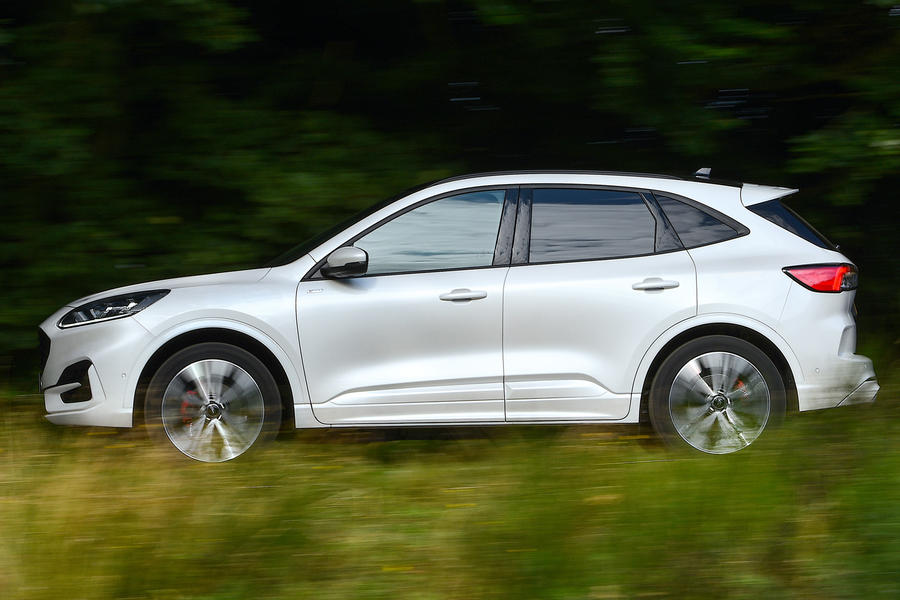 This particular engine is manual only - if you want an auto, one is available on both the 1.5 diesel and the 2.0 190 oil burner - and the long gearing suits the less zippy nature of a diesel. It’s a quiet lump, even at cold and idle, but you do have to work those gears a lot to keep it in the power band from 40mph to 60mph. On the motorway, at 70mph, there’s enough torque for it to be a sixth-and-leave effort.

As ever with Ford, it’s the last tenth of steering and damping that makes its cars stand out. The secondary ride is a fraction firmer than in some rivals (our Kuga’s sports suspension won’t help), but it always feels well controlled, with the car hunkered down and never skipping from bump to bump. It’s not the last word in dynamics, but it’s more fun than you’d imagine.

Body roll is also well managed. It’s not the last word in dynamics, but it’s more fun than you might imagine. The steering is equally good because it’s linear and doesn’t feel as synthesised as some other electrically assisted systems. 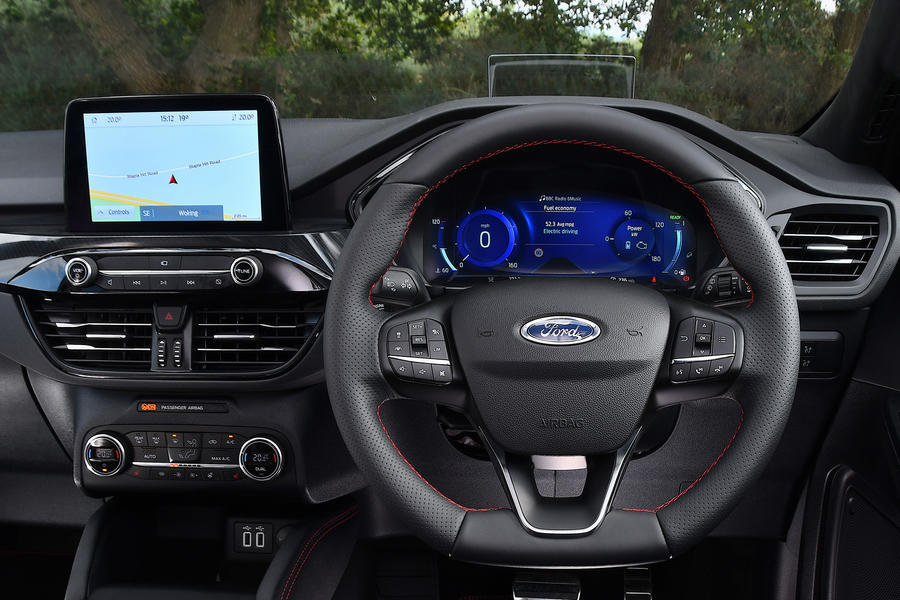 As ever with mild hybrids, they don’t redefine the sector, but they do help to finesse the fuel economy figures. It’s the same with the Kuga.

This is not a vehicle that company car buyers will rush out for, but as your average family wagon, it works well. It would certainly be near the top of our shopping list. 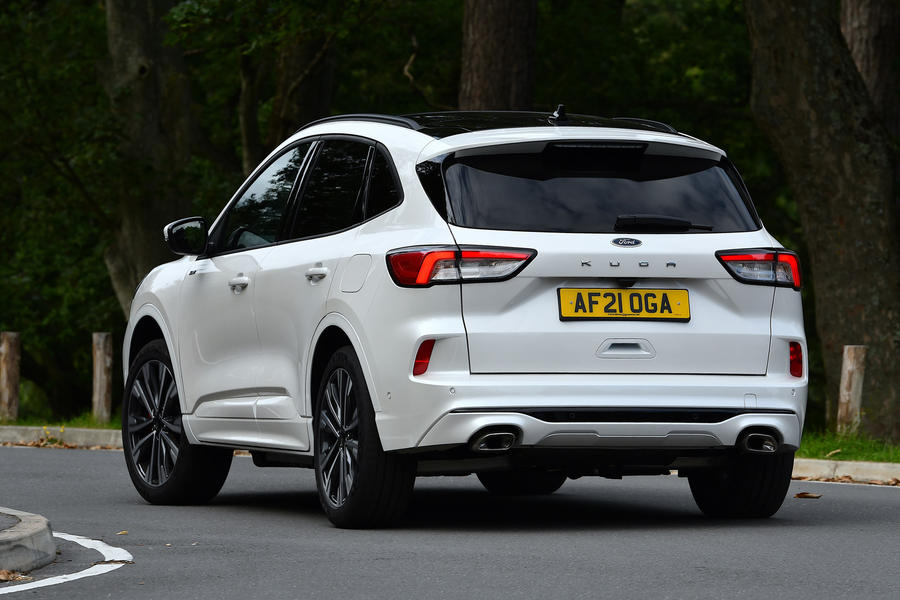 Log in or register to post comments
Cobnapint 22 September 2021
Agree with Catnip and xxxx. The public are being duped by the word 'hybrid', They see it and think ah, I'll have that, it's a safe place to be when really, it's a load of weight and complication for little or no effective benefit.
catnip 21 September 2021

I don't think most of these current mild hybrids perform in the same way as the older Hondas you mention. Many of the reviews of the newest models say you can hardly detect the electrical assistance, and I read that in the case of the new Qashqai it doesn't even benefit the stop start particularly. The pity is that many people believe that mild hybrids are actually 'proper' hybrids, and that they really are saving the planet, whereas in reality they are really just another tool for manufacturers to tweak the economy and emissions test results. Some of them even come up in searches on Autotrader if you look for "petrol hybrid", which I think is misleading.

Take a Kuga, add weight, price and complexity and what do you get back, next to nothing.