8
Seven-speed gearbox carries a premium, but should you choose it over the manual? A drive on UK roads beckons
Open gallery
Close

Just a few short weeks ago, Autocar magazine readers will have seen that we declared the Focus ST a better hot hatch than the new Volkswagen Golf GTI (website viewers that missed it will want to check in over the weekend).

There can be few doubts over the Ford's overarching performance and desirability, then. The question that hangs over this seven-speed automatic version: whether the extra £1450 you spend on the gearbox is worth the investment over a manual. 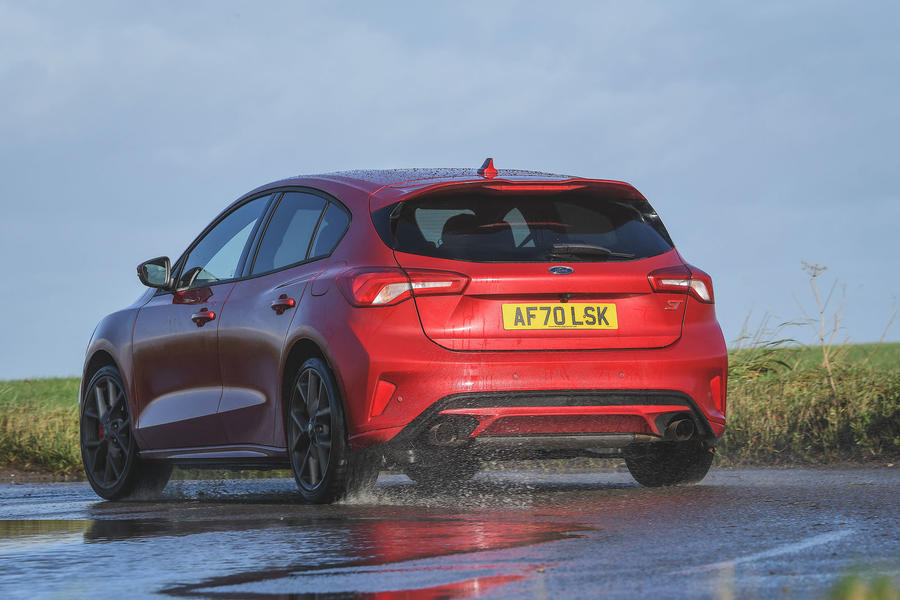 The most obvious visual difference is that a six-speed gearlever gives way to a rotary selector on the centre console, plus a pair of small (arguably too small) plastic paddles behind the steering wheel. Like the rest of the interior, they’re not very impressive to look at, but function well enough.

The auto has the same mechanism as the manual for picking up Normal, Sport, Slippery or Race Track driving modes on the steering wheel — but there is an M switch for manual in the middle of the selector dial if you want to do the cog-swapping yourself.

The auto is virtually as rapid as the manual (it concedes 0.3sec from 0-62mph), but it’s a good deal more effortless, especially for the kind of driving with a high workload — lots of traffic or frequent B-road overtaking. Shifts are smooth if you want simple bouts of acceleration, but the kickdown (or paddle response) can be disappointingly slow if the powertrain is asked to change its mood quickly.

Things in the ‘box don’t get appreciably quicker if you go for Sport or Race Track mode, either, which is a bit of a surprise. But you do get more alert throttle, at least, and the Continuously Controlled Dampers firm things up a lot, while the steering becomes firmer to heft (a boon, because it feels rather artificial in the Normal mode). 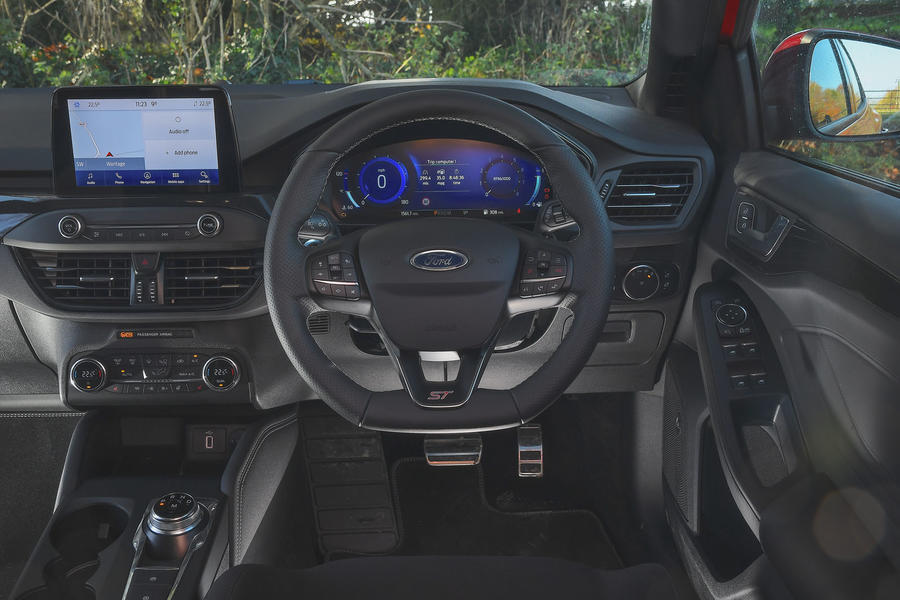 To love this car for its autoness, I would want a considerably quicker response to paddles and kickdown and snappier shifts in Race Track.

Still, the ST auto is an impressive, quick car with a broader appeal across the spectrum of families, because it’s easy and smooth for anyone to drive. But there’s no doubt the manual is where it’s at for drivers. 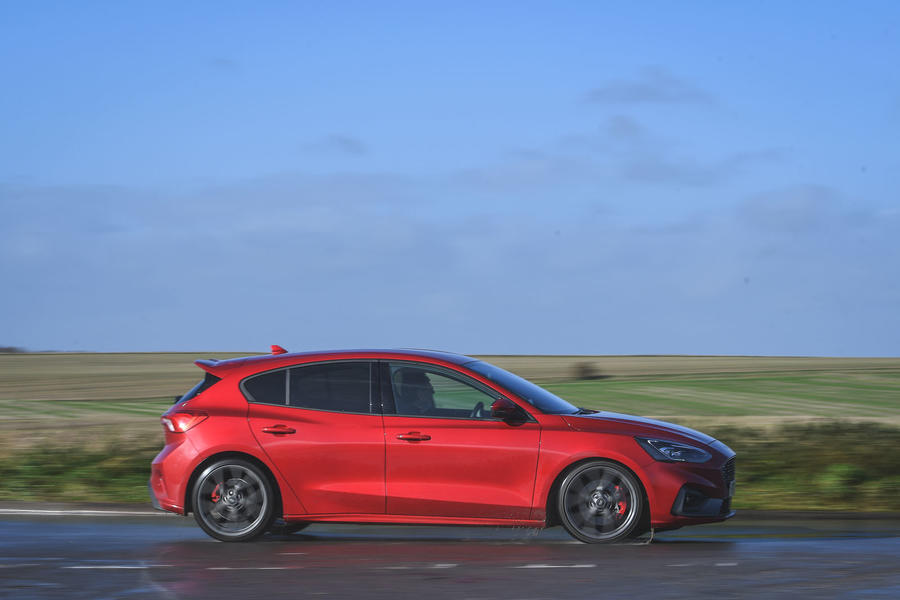 Way to go, Ford. Everyone

Way to go, Ford. Everyone else's auto is faster than the manual, but not yours.

What a way to ruin a hot

What a way to ruin a hot hatch. Why buy a driver focused car and then remove a good dose of the interaction by specifying an auto box?
I'm clearly in a minority, I'll bet the auto ends up outselling the manual; just look at Renault's decision to drop the manual Megan RS.
Jimbbobw1977 6 November 2020

Hmmmm having another read

Hmmmm having another read around it could

be torque converter I'm confused sure I read somewhere it was dual clutch. Who knows??