From £31,38510
British tuning company has boosted the all-paw hot hatch to 410bhp and 410lb ft, but it's the improved usability that stands out
Open gallery
Close
by Dan Prosser
9 January 2018
Share

The package of upgrades includes drivetrain and chassis modifications that, according to company founder Iain Litchfield, not only make the Focus RS faster, but also more comfortable and better to drive on bumpy roads.

Litchfield's stage two engine upgrade - made up of a remap, a bigger intercooler and uprated exhaust system - increases the engine output to 410bhp and 410lb ft, gains of 65bhp and 60lb ft over the standard car.

The chassis upgrades, meanwhile, are more intriguing still. Having worked closely with renowned suspension experts KW, Litchfield has developed a damper package that still works with the Focus RS’s switchable suspension modes. That means a Litchfield-upgraded Focus RS still offers its driver the choice of Normal, Sport and Track suspension settings, which can be toggled via the usual button.

In all three modes, Litchfield’s damper upgrade has been tuned to offer enhanced ride comfort and bump absorption, which should make the car better equipped to deal with tricky British back roads. 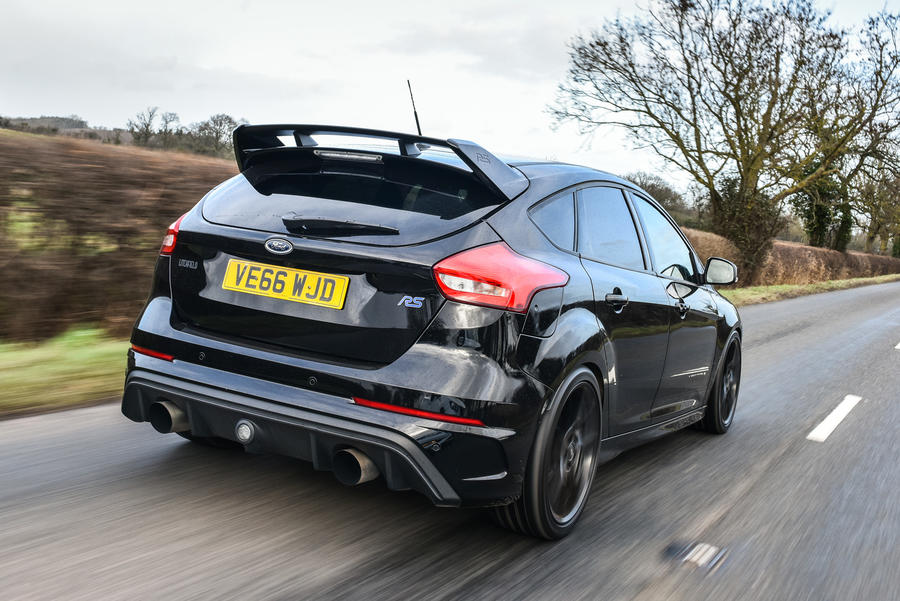 With more than 400bhp, the engine does, of course, feel very strong indeed. Power delivery is very linear throughout the rev range and it pulls hard from as little as 2000rpm, with sharp throttle response.

Just like the standard motor, though, this is an effective rather than evocative power unit. It gives massive straight-line performance, but there isn’t much by way of sparkle or fizz in the delivery, while the soundtrack is all flat, droning turbo blare, albeit overlaid now with exaggerated exhaust pops and cracks on the overrun.

With more power for the four-wheel drive system to deal with, there is a little more tramlining on a wide-open throttle than before, particularly on very rutted surfaces, with the front end tugging itself across the width of the road. But in every other ride and handling measure, the Litchfield Focus RS is a very good improvement over the standard car.

The ride quality in Normal mode is better now, and in Sport, the chassis also deals with those sharp, pointed bumps in the road surface that make the standard car feel skittish at times. In Track mode, meanwhile, and with the dampers in their firmest setting, there is actually enough fluency and compliance to cope with a reasonably broken B-road. By way of comparison, the standard Focus RS actually feels too uncompromising in its stiffest mode for even very smooth race tracks.This means there's now a whole other suspension mode that you would actually consider using on the road.

Litchfield has done very well to preserve is the standard car’s remarkable balance and agility. The steering - not so much the feel of the rack or the level of feedback, but more the response of the front end - is truly staggering; the car darts into corners with the precision and immediacy of a Tarmac rally car. It makes you think you couldn’t possibly turn in to a corner too quickly.

That’s backed up by the sweetest chassis balance of any hot hatch on sale. The instant the front end is locked onto a line, the rear end yaws around fractionally so that you don’t so much slice through bends as sweep around them. In reality, the rear end is only sliding a very small amount, but it gives the impression of the Focus RS being one whole piece, rather than a front axle followed by a rear axle. It’s an additive and enormously thrilling sensation.

The Focus RS - particularly with 410bhp - is colossally fast along a twisting road. In fact, after every dash between the hedgerows, you emerge utterly convinced that nothing, no supercar or lightweight special, could possibly have kept up. You’d be wrong, of course, but it’s a mightily impressive trick.

Perhaps the car’s biggest weakness, in both standard and Litchfield specification, is the height at which the driver’s seat is set. For the first five miles, you’re certain somebody must have jacked it up to its highest possible setting, that you must be able to lower it, but, in fact, that’s just where it’s fixed. With time and familiarity, though, you get used to it. 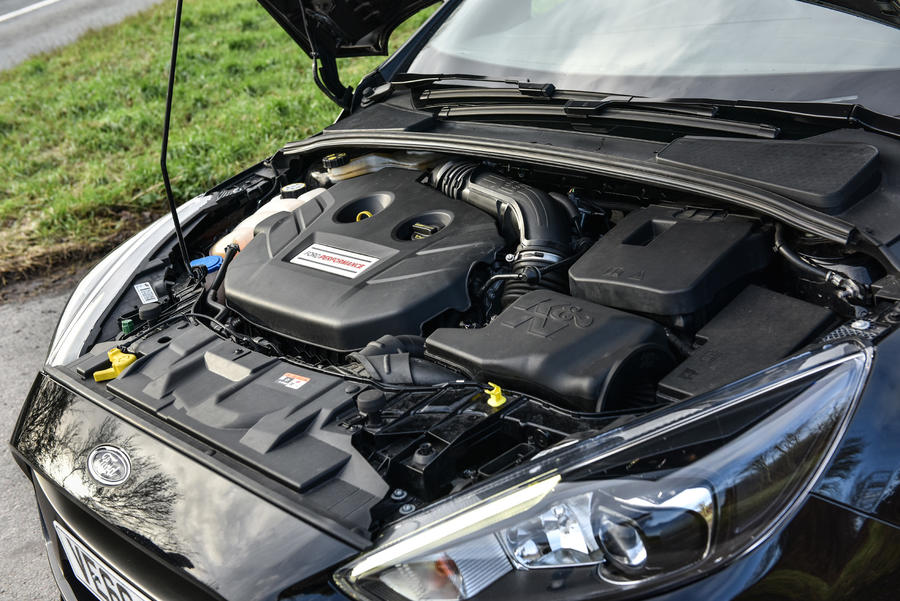 Litchfield's engine upgrades (£3264 fitted, VAT included) do a very good job of making the Focus RS faster, but it’s the chassis modifications that are really easy to recommend. The suspension kit costs £2500 and makes the car more comfortable in daily use yet even better at speed over a bumpy road. 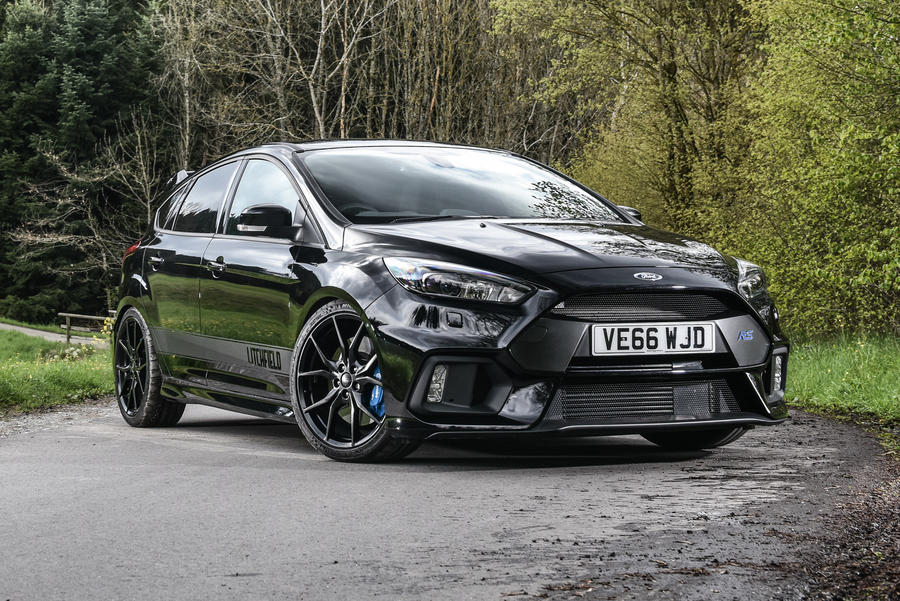 ...does the RS need more power? It'll be very fast, much like the RS3 reviewed yesterday but unless you're using it on a track, pretty unnecessary in the real world. The suspension upgrades are another matter altogether and sound very worthwhile. I wonder however whether the sweet spot in the Focus range might be the ST with some suspension upgrades. 250bhp is plenty to enjoy on the roads and with decent suspension would be an ideal B road hot hatch.

This makes more sense than the BMW M2.