It’s not so easy saying goodbye to a performance hatchback as special and inspirational as the Focus RS, especially since Ford's previous practice was to wait several years before replacing the icon.

But the matter has become urgent now that a newer Focus range has been revealed.

Ford has chosen to launch two special editions to bid farewell to its quickest hatchback – a car whose performance, if not its price, has positioned it just short of true supercar level.

The limited-to-300, £36,295 Race Red edition announced late last year comes in only one colour, rolls on standard black wheels and gets a standard Quaife mechanical limited-slip differential between its front wheels.

An even rarer Heritage Edition in Tief Orange, of which there will only ever be 50 sold in the UK, has since surfaced – with an exalted £39,895 price. That's £3600 over a Race Red car and around £7000 more than the standard one.

The hike is justified by the car’s bespoke colour and a standard Mountune M375 tuning kit that uses electronic and breathing tweaks to hike the 2.3-litre engine’s turbo power by 25bhp to 370bhp and add 30lb ft of torque. The Quaife diff is in here, too. 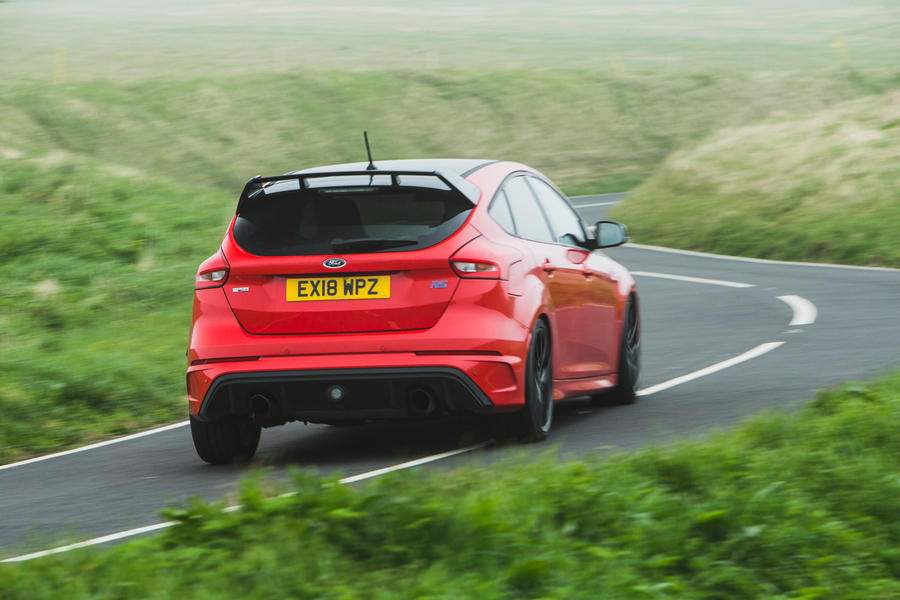 Our test car combined the assets of both farewell editions: it’s red with black wheels, but it has the extra shove of the Heritage, whose production run is only just concluding so it’s not quite available yet.

That combination is a superb car that will stand as a poignant reminder of the four-wheel-drive RS era. And if it repeats the market appeal of other RS editions, which now reach back half a century, it will always command a high value.

We’d be lying if we said the extra power and torque made this car markedly faster. They don’t – and they don’t need to. It was fast before. Instead, they make the mid-range engine response feel marginally fuller and more effortless.

The Quaife diff – working with a previously fitted rear torque vectoring system and its famous Drift mode – distributes torque more capably across the front axle, calming the wheel fight that was noticeable (although hardly a major fault) in the standard car and firing the car out of lower-speed corners even more effectively.

Funnily enough, this isn’t a riotous car on the road. Everything about it – quick and fairly heavy steering, very firm ride, semi-race seats and, of course, the 4.5sec 0-60mph sprint – says exceptional performance, but this is a calmer car than its siblings, with an extra-strong mid-range and less unwanted action when you abruptly add torque in any kind of corner. It’s stable and accurate to drive. You can fire it into tight situations absolutely trusting it to stay exactly on line.

The six-speed gearbox is quick and has a short-throw shifter, but its slightly gravelly action is starting to show its age against the opposition, although the clutch is just about perfect in throw and weight. If you want a change-yourself car in a world where the dual-clutch paddle shift is gaining more and more prominence, this is a prime example. 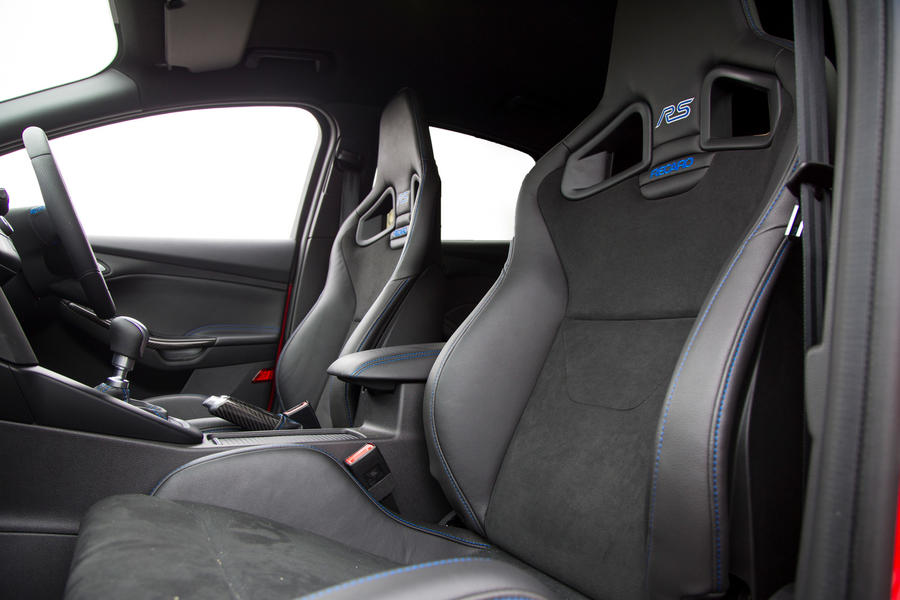 One of the surprises is the ride. It’s notably stiffer than even the sporty ST models, leading you to believe the car is going to be hard to live with, especially at present, when many of the UK’s road surfaces have been ravaged by an aggressive winter.

The near-perfect body control is there all right, but the car doesn’t crash into craters the way you think it’s going to. It seems to ride them, somehow. The ride is rarely composed – you need a billiard table for that – but neither is it uncomfortable. It merely reminds you, every mile, that you’re riding in a very special car.

This is a compelling performance hatch made even better. The Race Red Edition is more usable, enjoyable and rewarding than ever. 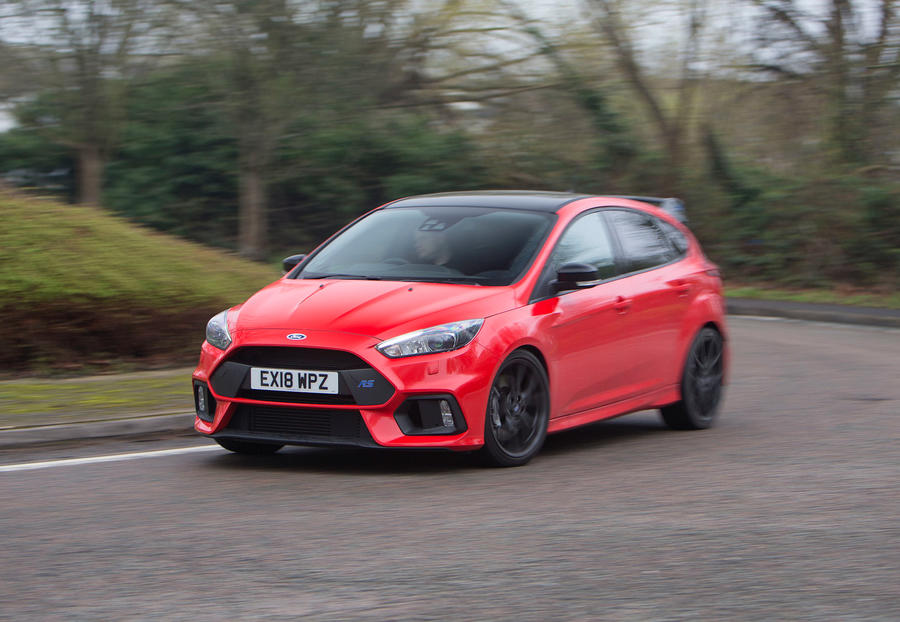 Who buys these cars anyway?

So they sold all the

So they sold all the overpriced orange ones much quicker than they expected and brought out a second limited edition. Smacks of the Clio Williams, but not quite up to the standards of the Pagani Zonda which kept having one swansong after another.