From £42,1408
Output of lesser oil-burner is unchanged but third-gen BMW X3 is bigger, plusher and better-equipped
Open gallery
Close

This is BMW's ever-growing SUV, the X3, back for its third generation and driven for the first time in right-hand-drive form - albeit on Moroccan roads. Following a steer of the xDrive30d last month, it's also our first chance to sample the more frugal xDrive20d model, although it's no longer the entry-level choice; that's a slot now reserved for the new xDrive20i petrol model due in December.

Unlike the previous two generations, this X3's architecture owes more to the 5 Series than the 3 Series and the car is now longer and wider than the original X5. Its 51mm increase in length over the outgoing F25 model is reflected closely by a jump in wheelbase that boosts rear cabin space. Despite this growth and additional sound-deadening measures, increased use of aluminium and composites means our 2.0-litre diesel model’s weight is effectively unchanged at 1825kg.

The familiar four-cylinder engine's vitals endure, too, meaning 187bhp and 295lb ft – enough to deliver 62mph in 8.0sec via a revised eight-speed automatic gearbox (you can no longer buy a manual X3). The electronically controlled xDrive system now uses a more efficient transfer case sourced from the 7 Series and a lighter rear differential. Its rear bias has been ramped up, but all of the torque can, in principle, be sent to either axle. There's hill descent control as standard, but mud-plugging is more a hobby than a vocation. As BMW puts it: "The X3 is a capable off-road vehicle for its intended audience." 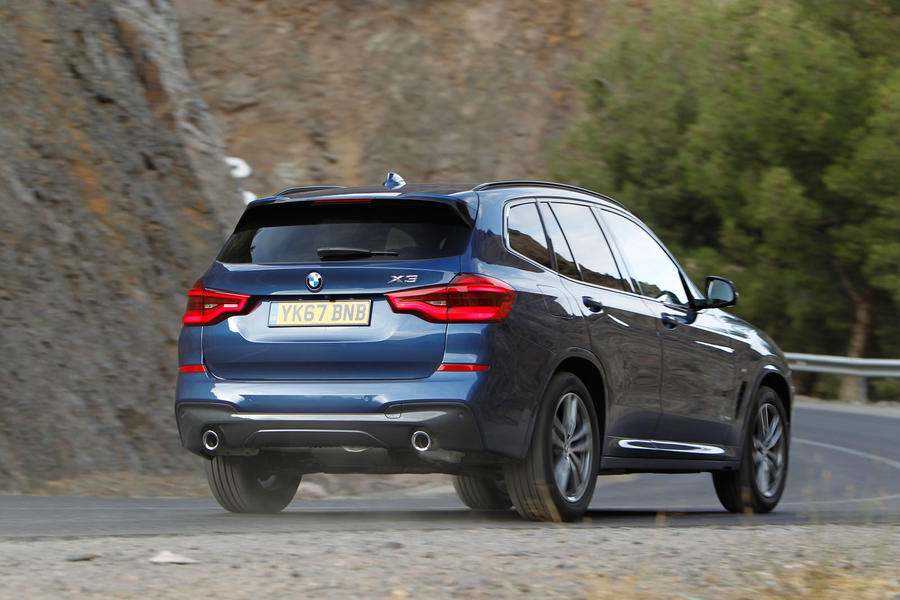 The exterior is more aerodynamic than before, but there's little chance its new-found slipperiness will be mistaken for grace; in league with its swollen dimensions, the X3's aggressive restyle means it now cuts a very imposing figure, especially in our test car's M Sport trim.

A lighter stylistic touch has been applied inside, with a cockpit layout that's not hugely different from its predecessor's but with added smartness and visual interest. Material quality is impressive on all key surfaces, with the remaining hard plastics discretely tucked away, while storage areas are more generous than before. The driving position is sound, with plenty of adjustment. The M Sport’s upgraded seats are both comfortable and supportive, although the accompanying sports steering wheel is perhaps too thick.

Space in the rear seats is now indulgently good. A 6ft 2in frame is able to install behind a driver of the same height with ample flailing room and good outward visibility, and even the centre perch avoids short-straw status. Rear passengers now get their own climate controls as standard, too.

The boot is no larger than before at 550 litres, growing to 1600 litres when the rear seats are folded – but it is usefully squarer. A gas strut helps raise (and hold) the false floor, while the latches inside the powered tailgate fold the seatbacks properly, rather than just releasing them for you to tip down.

Improving on its application in the previous model, the B47 engine's refinement impresses, too, with an unobtrusive hum at idle swelling to nothing more than an acceptably faint groan at high revs. Urge is usefully strong from around 1700rpm to almost 4500rpm. Lag from the gently whistling turbo is palpable but manageable at lower engine speeds, becoming negligible higher up.

The gearbox governs its ratios appropriately in both Normal and Sport modes, although when choosing your own gears with the tiny, steering-wheel-mounted paddles, there's always a short delay and the shifts favour smoothness over brevity.

There's enough heft to the steering in Comfort mode that the heavier and more artificial-feeling Sport mode seems redundant, and we'd happily forego the optional, lock-exaggerating Variable Sport Steering to keep the standard set-up. Still, the tiller is enjoyably responsive and accurate, and while engagement levels won't fool a 3 Series driver, the X3 isn't afraid of attacking a chain of quick-fire bends, aided by fairly tidy body control and good traction. Gentle understeer marks the limits of the latter.

Cruising refinement is excellent, with our test car benefiting from optional acoustic front windows to supplement the standard-fit acoustic windscreen. On a good surface, there's a real luxury to this car's high-speed mien, with acceptable road noise and almost no wind noise. The caveat is applied because seemingly small ripples on the Moroccan test route sometimes elicited fidgeting from our X3 – equipped with optional adaptive dampers and M Sport spec's 19in run-flats – while sharper bumps unmasked a firmness that warrants further investigation at home. 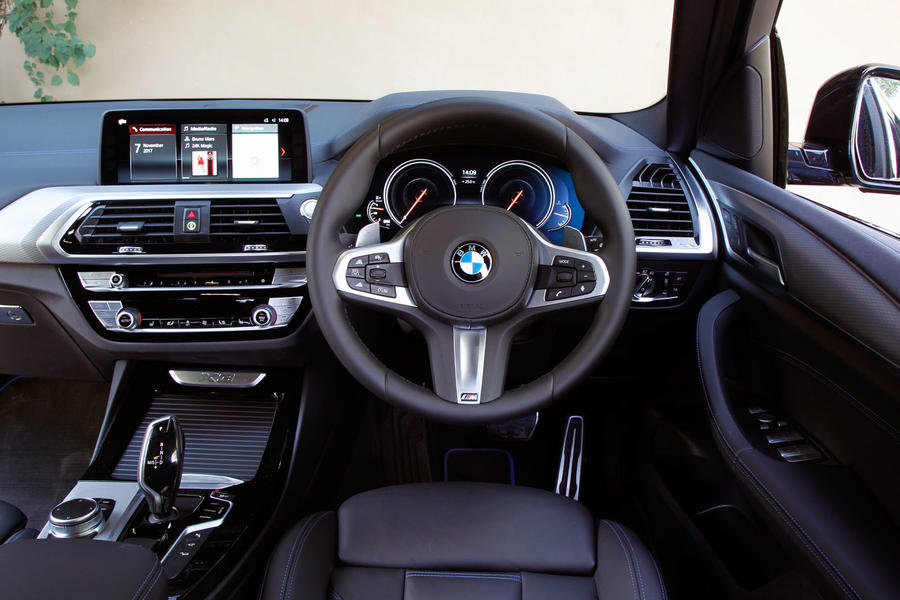 It costs a bit more than before – around £2000 more in M Sport trim, for example – but the X3 now comes with a reversing camera, LED headlights and three-zone climate control, plus more quality and space in the cabin and a host of new optional semi-autonomous features. It's similarly priced to the Audi Q5 2.0 TDI 190 and closely matches it for performance and economy, but for those who prioritise value and dynamism, a lighter, cleaner and swifter entry-level Alfa Romeo Stelvio with four-wheel drive can be had for several grand less.

There are, of course, sportier versions of the new, larger and more sophisticated X3 – including an unprecedentedly hot M40i due next month – but while the xDrive20d handles respectably, it majors instead on quality, practicality and refinement. 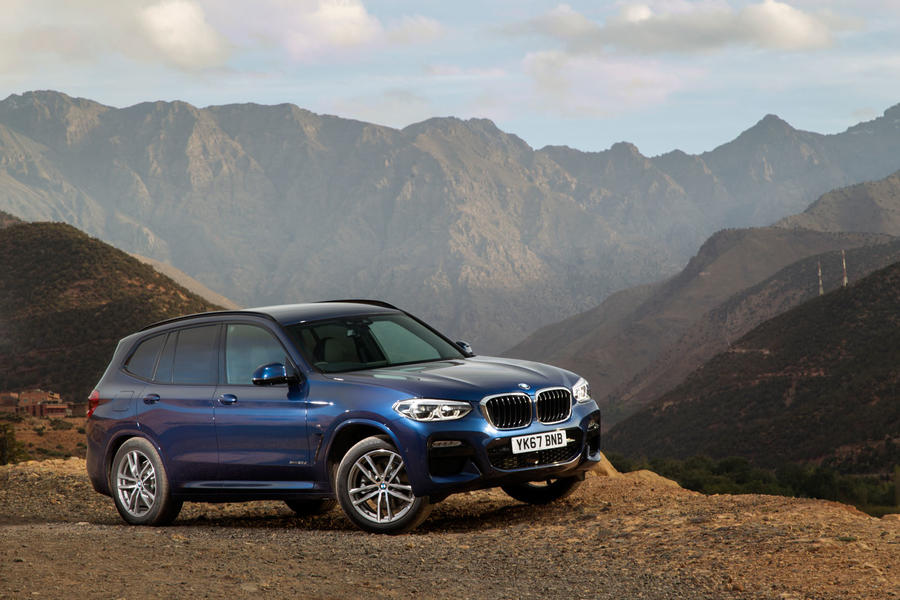 With the real game rule now

With the real game rule now you can chooose of your real commands for the scramble words. This is simple status where are given how we can convert it into the new game rules.

badge snobs (hilarious term) whatever the are, should not apply. BMWs are so common. Like audis, mercs, fords, Vauxhalls, oh, damn everything else.

i'll just have to buy a Rexton if I want to retain any form of individuality. Don't see many of those around, which is surprising as there's is a dealer in the next village. Must be because of the cachet.

is calling someone a badge snob a form of snobbery in iteself? Looking down on people who look down on people because they don't drive posh cars? Should we split them into two camps? Posh badge snobs, and cash conscious badge snobs?

today and was impressed. Interior has some iffy stuff but its good enough. Reason I mention is the week before I looked over a 5. Personally, whilst the interior was better, it was not at such a waxing level that I have read, I could tap the silver/black plastic and it felt cheap the leather dash and doors were frankly crap a la Mazda. So if this more of the same I think I'd take a Stelvio.