From £89,0708
BMW has been tinkering with the hottest X3, yielding uprated looks and improved torque
Open gallery
Close

It’s a small detail, but I do love the way the M-style mirrors on this BMW X3 M set it apart from its regulation siblings. This means that even before you’ve hit the big red starter button, you know you’re in ‘the hot one’.

And here we are, with a first UK drive of the fettled, hottest, littlest BMW M SUV (and yes, apologies the images are of a left-hooker - we have assuredly driven the car in the UK). It has been refreshed and upgraded recently, gaining updated looks, a useful 37lb ft more torque and extra equipment.

The extra grunt from the 3.0-litre petrol straight six means the 0-62mph sprint time drops by 0.3sec, so the marketing people can claim the headline acceleration is completed in less than 4.0sec. That's not bad for a family SUV, and means it now matches the Mercedes-AMG GLC 63 S.

There is engineering integrity here. The X3 has the same forged crankshaft as the BMW M3 and BMW M4, which has a lower rotating mass, meaning the engine should rev more freely. Additional cooling is taken care of in this facelifted model thanks to an extra engine oil radiator and a separate one for the transmission.

Visual changes on the outside run to larger kidney grilles (predictably), but the most striking aspect is the new “vertically arranged and elongated side air intakes”. I wouldn’t say they’re a pretty addition, but they certainly increase the aggression. Even without the standard sports exhaust (a nicely raspy little number, by the way), people are going to notice you.

Inside, Android Auto now works with the X3’s operating system and the carbonfibre trim is standard. Anything that reduces the amount of piano-black plastic on display can only be a bonus.

One thing: you will know if you’re in the facelifted X3 M by where the starter button is. Next to the gearlever? That will be the latest version. 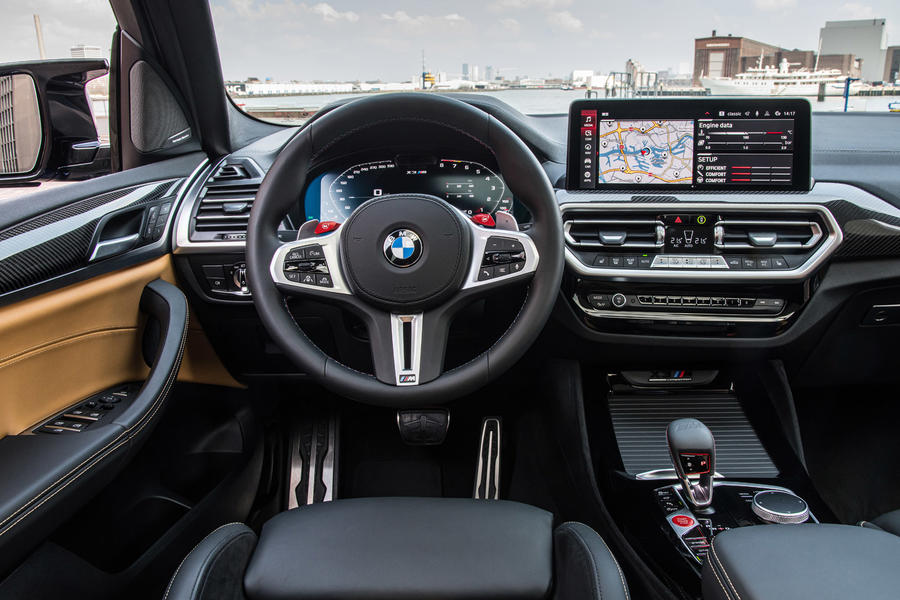 The twin M buttons remain on the steering wheel, so you can configure everything from the throttle response to the steering weight, suspension and stability control, with three settings in each. It’s a good job there are the configurable M switches, otherwise the vast majority of every journey would be spent setting the car up.

Like the previous version, the X3 M is still an impressively fast machine. I can’t say that I noticed the quicker 0-62mph time, but it’s reactive and focused in all the ways that you would want it to be.

As with its Mercedes-AMG rival, the engine is the highlight. If it lacks in the deep-throated bellow of the Mercedes, it makes up for it in its harder-edged note. And both are equally adept at making rapid progress.

Crucially, BMW’s eight-speed automatic gearbox doesn’t jar in quite the same way as the Mercedes-Benz GLC’s. You can catch the Mercedes unit out, but this ZF one is is always on point.

Our test drive started out on a motorway, and at that point, all felt well with the chassis. But over the back roads near my home, it came unstuck, as it lacks the finesse of hot saloons like the Alfa Romeo Guilia Quadrifolgio.

Quite why you would want to ever go anywhere near the two stiffer suspension settings is anyone’s guess, as it’s a firm brute even in Comfort mode. Even my four-year-old complained. 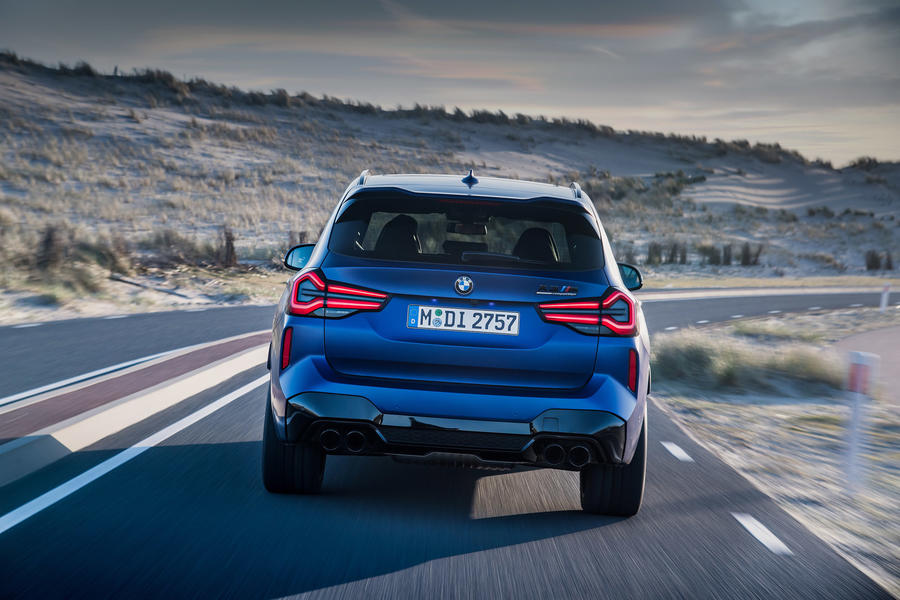 At nearly £90,000, you’re going to have to really want all the performance of the X3 M to justify this as your family car. It’s a mighty impressive way of getting from 0-62mph in less than 4.0sec, but then so are lots of cars these days.

However, among its direct peers, it remains towards the top of the group. The facelift hasn’t dented any of its appeal. It’s just a pity that BMW couldn’t make it slightly more comfortable. 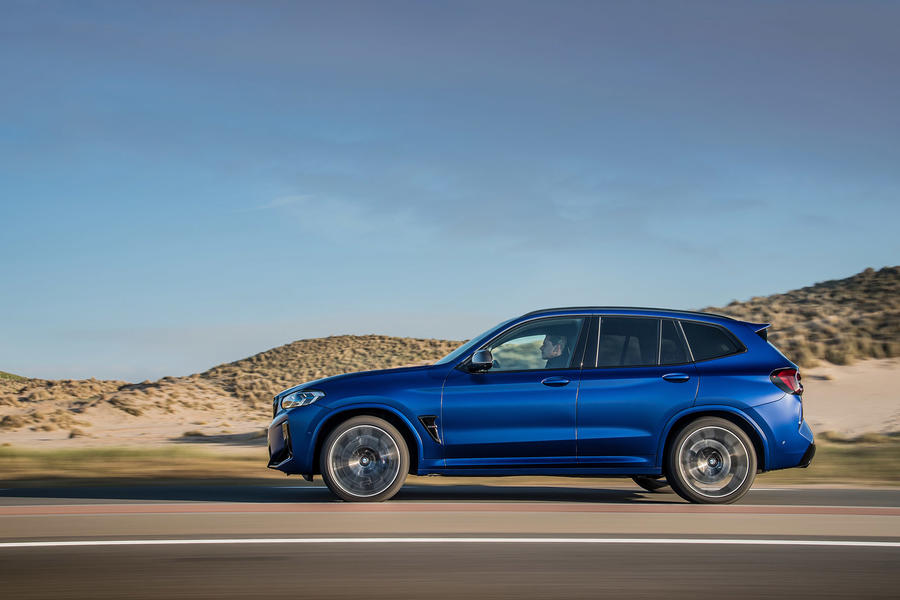 Log in or register to post comments
Overdrive 24 May 2022
X3M's poor ride quality was the one major criticism many reviewers had in assessing the car. So, it's baffling that BMW did not fix the issue in this update!
scrap 24 May 2022

My kids would prefer the electric X3 over this, it's way cooler in their eyes. And they aren't alone.

The next generation might do what this current customer base cannot and wean us off these inherently stupid 'sports' SUVs.

On YouTube Joe Achilles tested the X3M alongside the X3 M40i.  He preferred the M40i - much better ride quality and much better throttle response (more torque lower down the Rev range).  Seems this new, "improved" model is nothing more than a sideways move.

Typical BMW - you pay more, you get less.