From £19,075
Share review
A brief drive in a China-only front-wheel-drive model shows the future is bright for the 1 Series when it makes the switch from RWD in 2019
Share
Open gallery
Close

The BMW 1 Series is going front-wheel drive in 2018, when the third-generation model is launched. But in China, that’s already happened; the 1 Series saloon built and sold in that country as part of a joint venture with Brilliance is blazing a trail for the front-wheel-drive 1 Series.

This then, is a flavour of what to expect in Europe from next year, because BMW will not sell the 1 Series saloon in Europe however nicely you might ask through fear of stealing sales from the more profitable 3 Series saloon.

The 1 Series saloon’s UKL underpinnings are shared with the 2 Series Active and Gran Tourer models, as well as the current Mini line-up. So its chassis is a known quantity, as are the purely petrol turbo engines in the range, including the three-cylinder 1.5 in the 148bhp 118i and the four-cylinder 2.0 in the 189bhp 120i and 228bhp 125i we’re testing here. 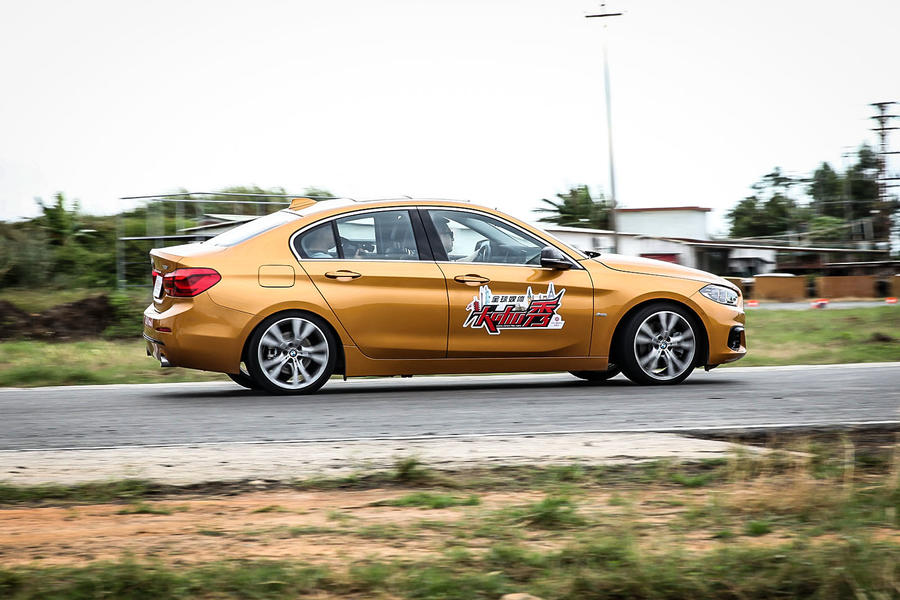 Smart looking, isn’t it? Size-wise, the 1 Series saloon closely matches the old E30 3 Series. Its proportions are nice, and it looks a lot less ungainly than the current 1 Series hatchback for its switch to a transverse engine layout, something previously unthinkable from BMW.

The benefit of that layout is chiefly around interior packaging in making the cabin more spacious, particularly for rear passengers, something so important to maximise for Chinese customers. They’ll be satisfied.

They’ll also be satisfied with the way it drives. What this 1 Series may lack in old-fashioned purity, it more than makes up for it with engagement, as our brief test drive around a test track in China proves.

It feels more agile and lighter on its feet than the current 1 Series hatch, with none of the stodginess in the handling. Turn-in is sharp; there's a strong willingness to change direction. The layout just feels better suited to a car of this size – or rather, BMW has executed it a lot better than with the current model, no matter which wheels are being driven.

The engine is a lovely thing, too: willing to be revved, yet refined with it, and working well with the smooth eight-speed automatic gearbox to allow the driver to access its broad performance range. 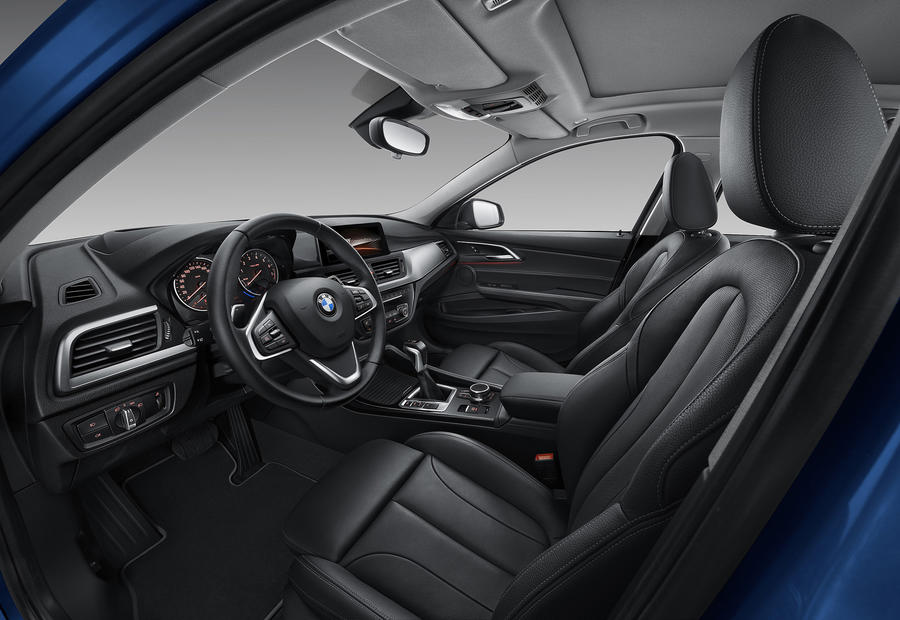 This’ll have to be a verdict with large number of qualifications, given how limited the test route was and what the car was actually exposed to. Oh, and remember, you can’t even buy one here.

But it’s good, really good, the test having more than enough merit in serving as a rather tasty appetiser to the next 1 Series. On this evidence, BMW is on to a very good thing. 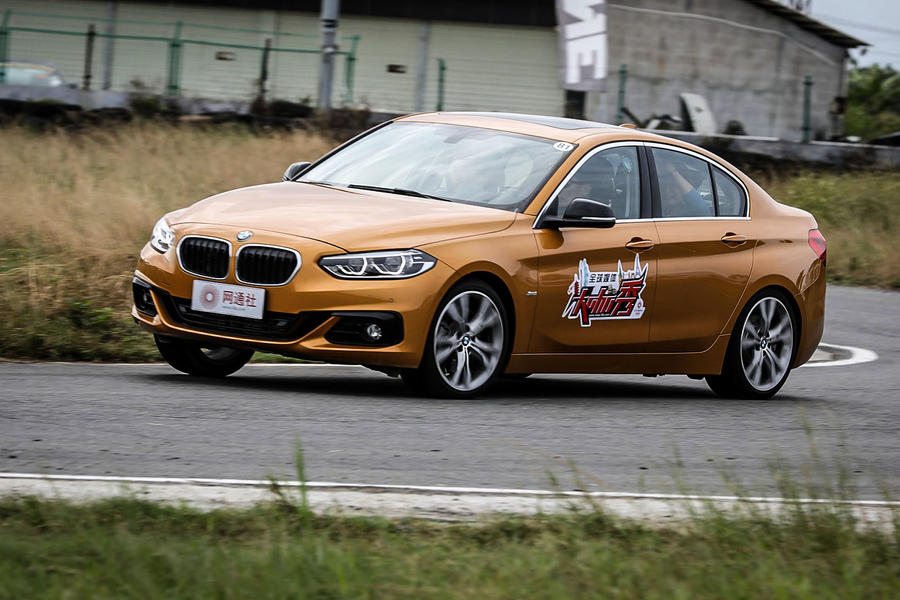 Advertisement
Back to top
Are you as passionate about cars as we are? Get all the best car news, reviews and opinion direct to your inbox.
Subscribe to the Autocar newsletter now.
Haymarket Media Group, publishers of Autocar takes your privacy seriously. You can unsubscribe at any time using the unsubscribe mechanism on any email you receive from us. We will use your information to ensure you receive messages that are relevant to you. To learn more about how we use the information you provide to us please see our Full Privacy Notice.
Advertisement
Share review

To make profits, the 3 shoud

To make profits, the 3 shoud be FWD too.

Looks only a mother could love

That is one ugly mo-to(r) the colour doesnt help. Who'd have thought the opulent hue of gold could summon the bilious burn of nausea so quickly!? to be fair, it will fit in, in a market of really ugly cars but is the pursuit of the market with the largest potential going to water down the rest of the offering. Its no secret that Audi's A3 saloon was carefully conceived to appeal to the the oriental market, where the size of car has a direct correlation to the seniority of job.. Small german saloon == junior manager, mid-size == middle manager, large saloon == big boss. maybe we benefit, maybe we dont. One can only assume the chinese have no interest in driving dynamics if the A3 saloon is anything to go by. to be fair, any Audi..

Customers get what they deserve?

Apparently BMW polled existing 1 series drivers and something like 80% (if memory serves) didn't know which wheels were driven. Sad, for a sporting brand like BMW, but true non-the-less and perhaps a sign of the times, with people buying the badge rather than the product itself. Maybe BMW brought this on themselves by bringing out the 1 in the first place as a lower extension to the brand, just as now it has entered the family wagon market with the 2 series tourer. Being BMW, the 2 is a fine effort in it's class and I'm sure the FWD 1 will be too. As many here say, it's sad that it's is a move away from BMW's traditional brand philosophy. Still you can't blame BMW cashing in on customer ignorance and lack of driving feel. Why engineer a rear-drive perfectly balanced car when most owners don't notice? FWD is cheaper to manufacture, so think of the bigger margins! As long as this extra revenue allows BMW to continue to make fine RWD saloons and coupés in the rest of their ranges I guess we have to accept FWD will power the lower-rung models. As an owner and enthusiast, I do hope the 2 series coupé continues to keep RWD and a straight six in it's next generation. I like the size of it for UK's roads. Hopefully it can be a spin off of the next 3 series using a shortened platform, rather than being a sister to the 1, as with the current range. If not, my 2 will have to be replaced in time by a 4 (if at all). I just can't help feeling that no more straight 6 combined with rear drive for the next M140i is a crying shame.