BACK TO ALL NEWS
Currently reading: Used buying guide: Peugeot 205 GTi
UP NEXT
Rodin FZero: V10 weapon aims to be world's fastest car 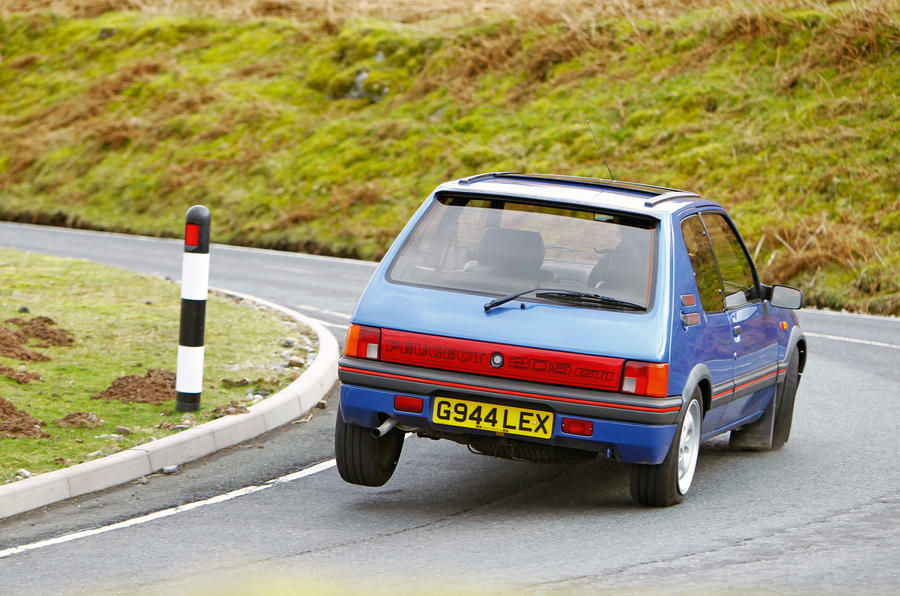 Having bought your GTi, however, don’t think you’ve got a classic you can run on a shoestring. As Martin Thompson of Peugeot Racing Developments explains, a 205 GTi requires continual attention.

“A 205 won’t look after itself,” he says. “You’ll find yourself tinkering, renewing, upgrading…”

The 205 GTi was launched in 1984, powered by a 1.6-litre engine, which made 103bhp. Not much by today’s standards, but the little car weighed just 850kg. Two years later, in 1986, power was increased to 113bhp, but at the same time, the kerb weight swelled to 900kg, blunting the car’s performance slightly. For this reason, the first version is the purist’s choice. 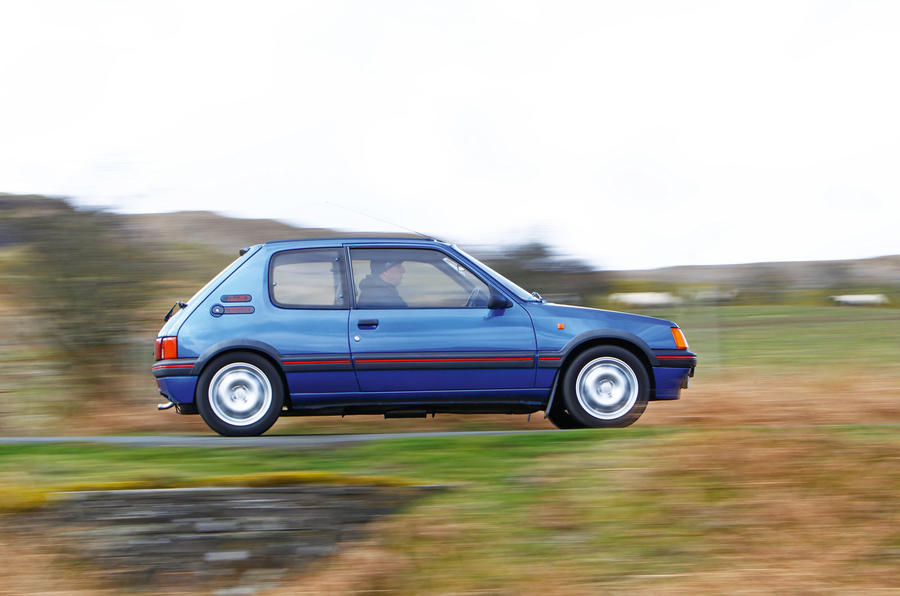 Also in 1986, the 1.9 was launched. It produced a modest 124bhp (later versions with a catalytic converter dropped to 120bhp), but thanks to the engine’s increased stroke, it was torquier. The 1.6 feels revvier, but being eight-valve affairs, both have bags of go from the start.

To handle the increase in performance – a healthy example can do 0-62mph in 7.8sec – the 1.9 has disc brakes all round. The 1.6 gets discs at the front but makes do with drums at the rear. If testing an early 1.9, feel for driveline shunt in stop-start traffic. It’s nothing serious and a fuelling tweak fixes it.

The 205 was galvanised but it was a fairly hit-and-miss process, with some cars being better protected than others. Thompson reckons that, generally speaking, 1991 J-reg 205s rust the least and 1988 F-regs suffer the worst. Whatever the year, check the doors, sills, headlights and boot floor for the crumbly stuff. 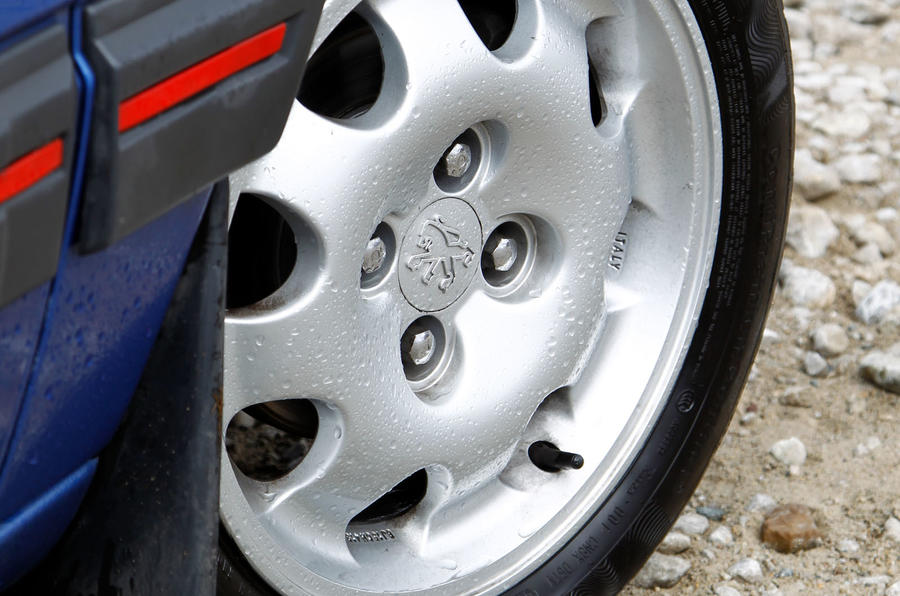 We often sign off these guides frivolously urging you to buy now, and in the case of the 205 GTi, we make no apologies for encouraging you to do so. Really, it’s that good.

Engine: Check the exhaust manifold for cracks. Poor idle suggests a failed airflow meter. Check the coolant for signs of a failed head gasket. Listen for big end bearings knocking or droning. A dry bearing sound or a ticking could be a failed cambelt tensioner. The belt and water pump need changing every four years. 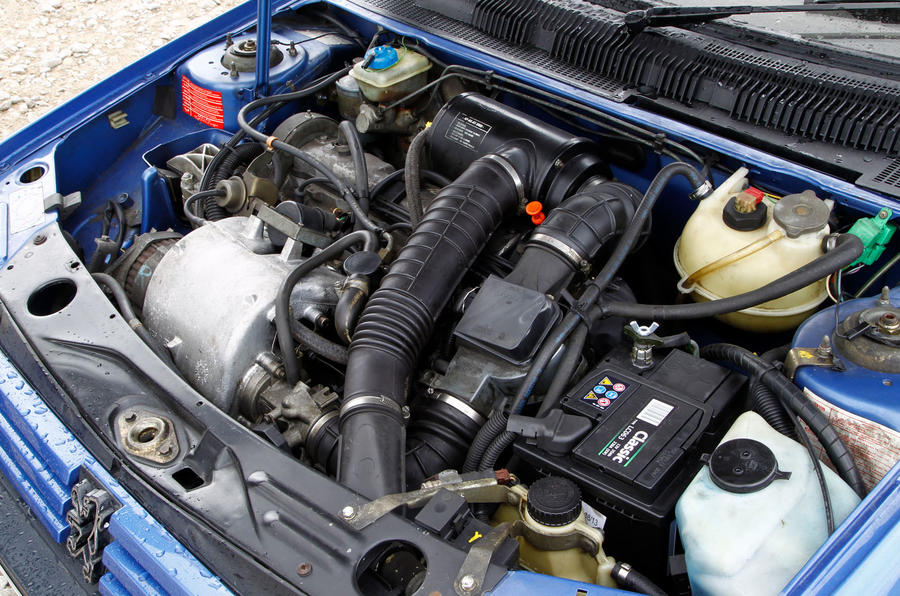 Oil issues: Oil starvation is an issue so keep an eye on the pressure gauge. It can be caused by a non-Peugeot oil filter, the oil pump being blocked with old gasket or, in the case of worn cams, buckets and lobes, by blocked oil spray bars. Look for leaks at the back of the sump. A new gasket should fix it. Oil smoke on start-up is worn valve stem seals.

Body: Rust can affect door bottoms, sills, around the headlights and in the boot floor. The sunroof leaks.

Interior: Check the seats are secure because they can easily become loose. 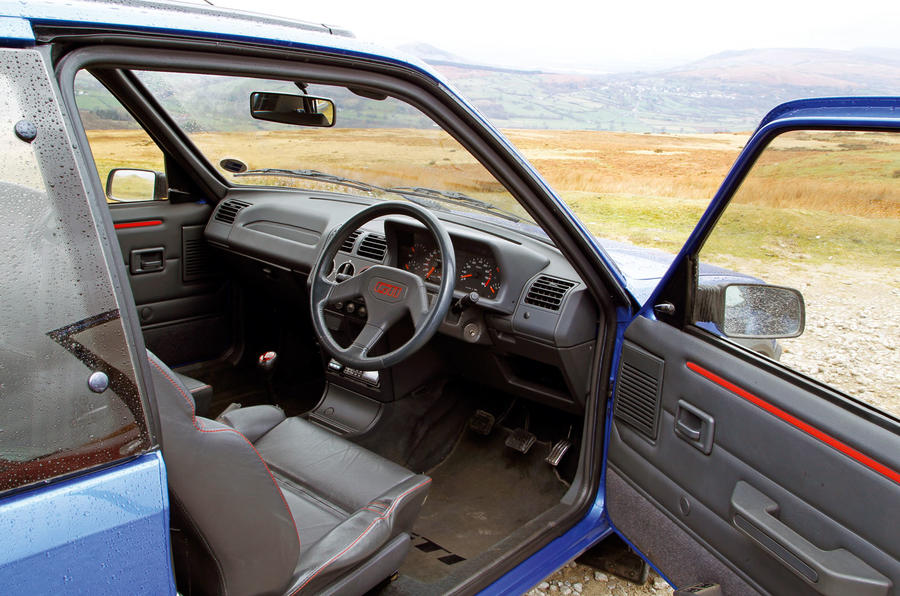 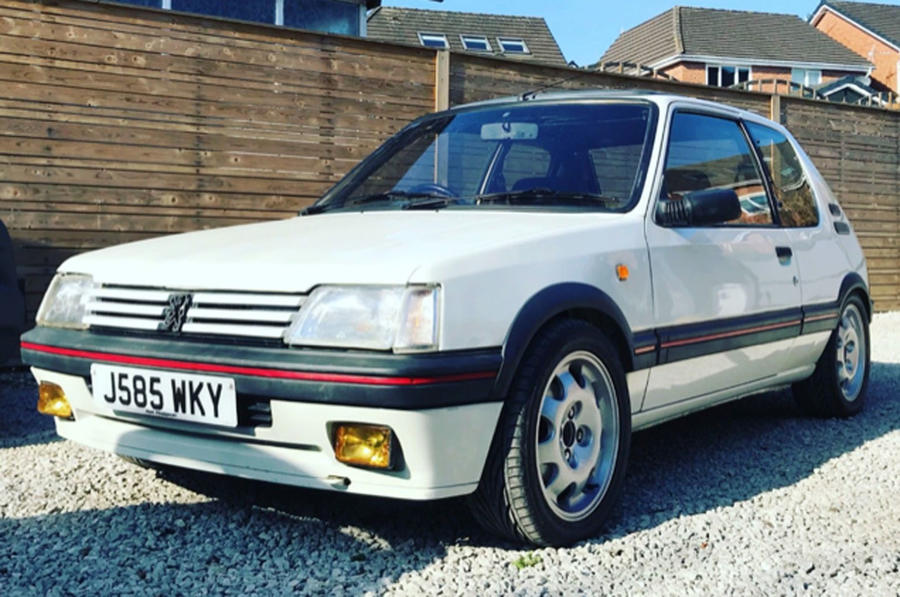 An important car in it's day.

I looked at one at the time and the test drive proved it was up to the positive press comments. It did feel a bit small for my everyday needs and so I bought a 1.9 309 Gti which replaced a mk1 XR3i.

Many cars from the 80's will not, unsurprisingly, meet today's expected standards of build and quality feel but it does miss the point.

A 205 has little of a modern cars ability to mask performance and a connected, seat of the pants, feel. You either appreciate that or not.

As a weekend car a nice 205 Gti or similar should provide an entertaining, and possibly educational, ride.

to read this article about actually having fun in a car, rather than another e-SUV.

I'm a committed 205 fanatic, having owned, restored, modified and tracked many over the years.

As for the Golf-fans claiming they are tinny...first thing I look for in a fun hot hatch - build quali...yyaaaawwwwn.

The whole reason for these small supermini hot hatches was fun! Insurance was high though. When I was 21 I was quoted £900 for a 1.6 GTI so opted for a AX GT instead. Fast and flimsy I think they may have called it but above all fun!
View all comments (5)