BACK TO ALL NEWS
Currently reading: Used car buying guide: BMW Z3 M
UP NEXT
New 2023 Audi A4 Avant undergoes tests in the Alps

BMW never normally sanctions a car like the Z3 M. More’s the pity. Here's the one that got away
Open gallery
Close

When the word ‘skunkworks’ is attached to a car, you know you’re in for something special. It usually means an engineering passion project too unorthodox for mainstream backing. And that’s the case with this week’s Cult Hero, the BMW Z3 M. It’s an unbridled, rewarding and rare sports car that delivers an unforgettable drive.

Developed in secret by BMW’s M division – because the BMW higher-ups didn’t crave such a car – the Z3 M was eventually given the green light and introduced as a roadster in 1997 and a coupé in 1998. When production ended in 2002, BMW had made 15,322 roadsters and just 1112 coupés. That makes the coupé one of the lowest-volume production BMWs ever made and something of a unicorn.

From launch in Europe, both bodystyles got the 3.2-litre in-line six-cylinder engine from the E36-generation M3. Known as the S50, this engine produced 317bhp, enabling a 0-60mph time of 5.0sec. North American Z3 Ms, meanwhile, were fitted with a much less powerful in-line six – the S52 with 240bhp.

However, a 2000 facelift brought with it a new engine for the Z3 M on both continents: the 3.2-litre in-line six, dubbed the S54, from the newer E46-generation M3. This increased power slightly, to 321bhp, and introduced a punchier mid-range. The car also gained a drive-by-wire throttle for smoother responses, in addition to dynamic stability control for better safety.

So there’s a wild six-cylinder engine up front, but how does the Z3 M handle? Well, wild is applicable here as well. In typical BMW fashion, it’s rear-wheel drive and, despite its limited-slip differential, likes to wag its tail. Pre-facelift cars have no electronic safety aids, so it’s up to you to tame each and every one of its horses. Which is actually a blast to do. 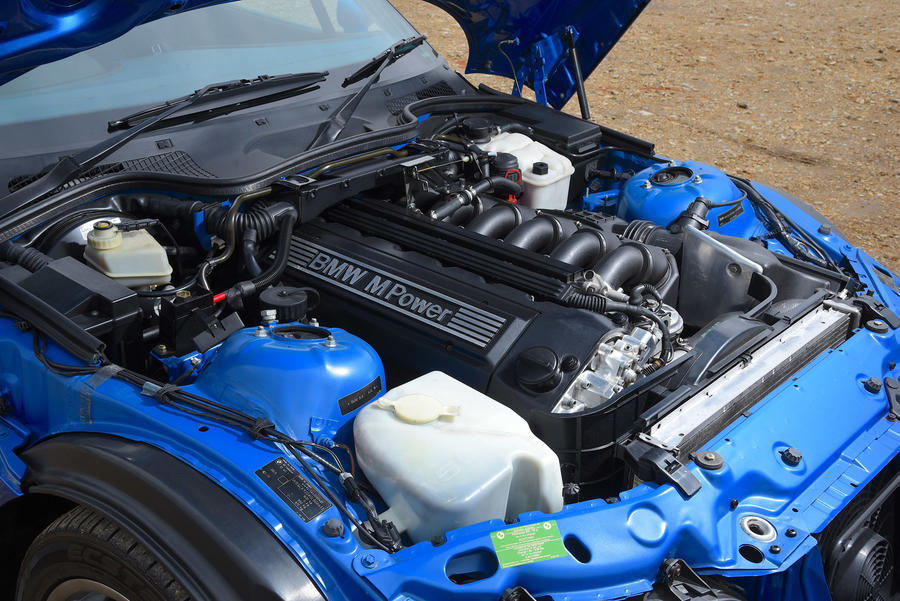 That’s because this car brims with character and charm when you drive it. Rev either of its sixes to the redline and you’ll be rewarded by strong performance and a dramatic soundtrack. It’s all delightfully old- school, right down to the five-speed manual transmission. Bear in mind, though, that the cockpit feels notably snug for taller people.

Not everyone likes the way the Z3 M looks, either. Some love it and others loathe it, the coupé attracting the nickname ‘clown shoe’. In fact, the model wasn’t a smash hit initially, although perceptions are changing and used prices are now on the rise.

Why? Well, apart from the fact that it is a skunkworks sports car that’s only getting scarcer, it’s from a time when BMW’s M division was still cementing itself in the performance car scene with the first M3s and M5s. It was creating cars using powerful naturally aspirated engines with personalities and sounds thataren’t quite present in the M cars of today. Drive the analogue Z3 M and the current Z4 M50i back to back and you’ll notice the difference. As such, the Z3 M is seen as increasingly special slice of automobilia.

The rarest and best examples sometimes go for upwards of £60,000. Fortunately, cheaper cars are available, from around £18,000.

But whichever example you pick – whether it’s a cheaper S50 roadster or a more expensive S54 coupé – you’ll be getting a truly outstanding driver’s car. If the standard Z3 was designed as a more sophisticated alternative to the Mazda MX-5, then the Z3 M is an MX-5 on steroids.

"It will cover distances at a prodigious rate and even the most hardened drivers can’t fail to be impressed by its astonishing brakes, performance and grip. But despite all its technical brilliance and the audacity of BMW in building such an outrageous machine, we can’t see many people falling in love with this car in the way that it’s so easy to do with an Elise or Boxster. This is just a shade disappointing from a car with so much to boast about.” 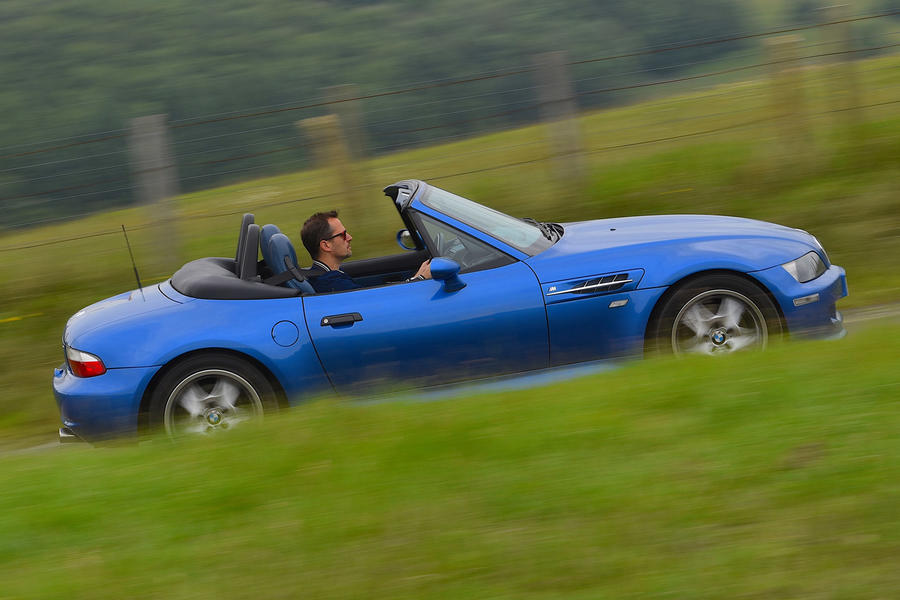 An expert’s view - Dan Norris, Munich Legends: “My favourite thing is the way it looks, because there’s something about it that was immediately classic [from day one]. It’s a timeless design and just sitting in it is a real event. The Z3 M is a model that should have never been made and it’s something that’ll probably never be made again. It’s a really exciting car and it goes like stink, too. For the money, it’s properly special, and I think it has still to have its day, value-wise. In terms of reliability, there are some issues relating to build quality and trim, but these are very predictable cars in that they’re pretty reliable mechanically.”

Engine Oil changes are needed every 7000 miles for the S50 and 11,000 miles for the S54. What’s more, if you hear a ticking sound at idle, that could indicate valve clearance issues. A ‘tractor’ sound, especially on the S50, may be the Vanos unit playing up. Oil leaks here maybe the result of failed solenoid O-rings. Disintegrating bearing shells can bean issue on the S54 and the S50 can suffer from a stretched throttle cable (but that’s easy to replace).

Transmission If you notice that the gearlever is sloppy and leans towards fifth, this may be a sign of a weak return spring but be warned: it’s expensive to fix. Difficult first- and second-gear selection may be due to low hydraulic pressure caused by the clutch hose getting hot. Ensure the differential mounts are secure because they can flex and crack the boot floor.

Brakes and suspension Listen for loose suspension top mounts thumping over speed bumps because they fail every 60,000 miles or so. Look for seized disc calipers, because this is a common problem. Check if the suspension has been overhauled or, more likely, uprated with Bilstein shocks. If so, make sure that you’re happy with the results.

Body Any serious corrosion is likely to be accident related. Even so, check the rear wings, sills and where the bonnet meets the bumper. Ensure that the rear screen is secure and the rear wiper works.

Interior Look out for rocking seats, sticky powered windows (if so, grease the mechanism) and a failed main light switch. See if it has had new seals around the doors and header rails. If it hasn’t, check for signs of perishing and a damp interior. The plastic rear window can become translucent with age, though polishing it can generally fix this issue. The convertible hood itself doesn’t usually need replacing.

Also worth knowing The Z3 M’s engines weren’t the only aspects borrowed from the M-car parts bin. For example, the model has the same brakes as the E36-generation M3. Along with a wider track than the standard Z3, its bespoke wheels, quad exhausts and M-specific colours also helped to create the Z3 M’s distinctive look. 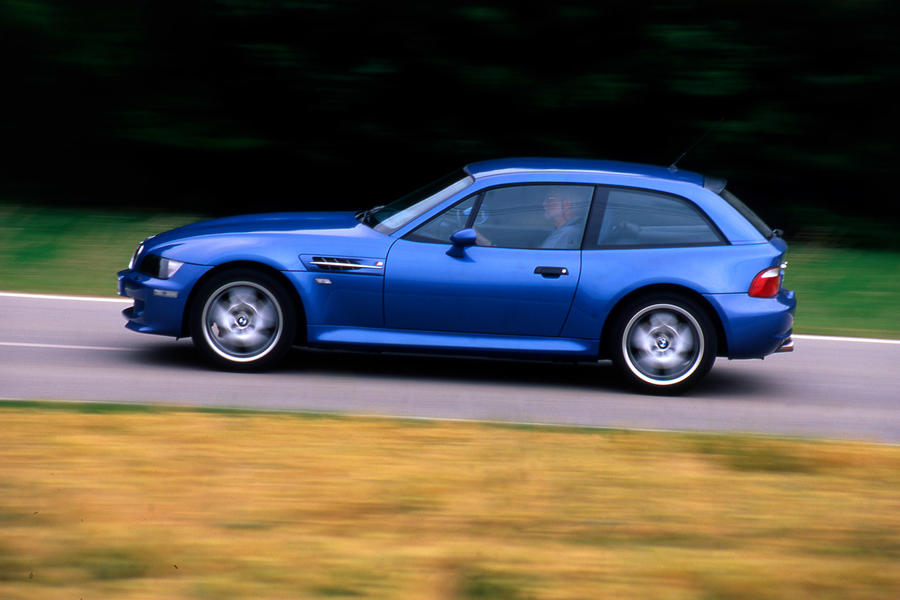 £30,000-£49,999 This is coupé territory. Pre-facelift cars with varying mileages are at the bottom end of the price bracket, with some very solid and presentable dealer models at the top end. 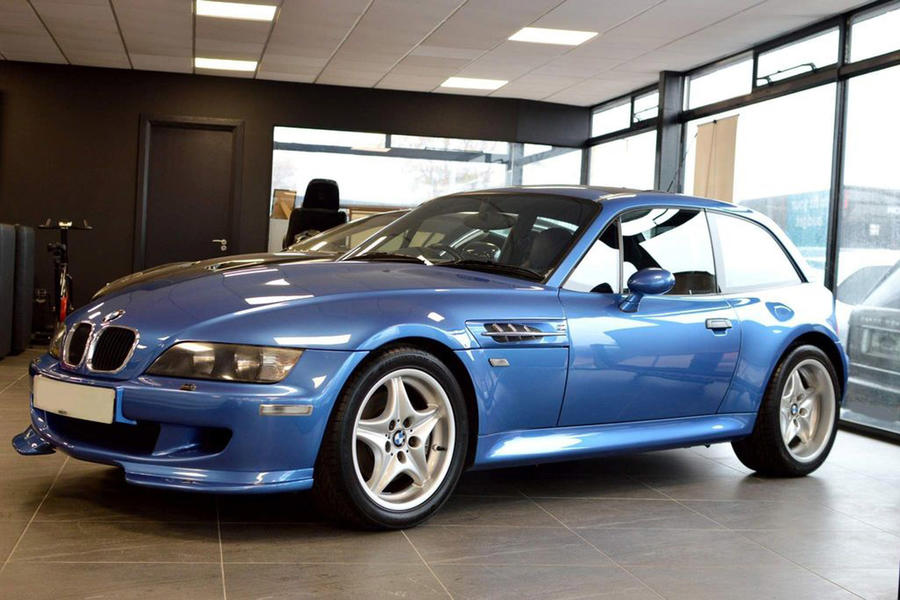 1999 BMW Z3 M, 49,941 MILES, £43,995: This blue coupé is in excellent condition, has an attractive specification and is being sold by a dealer. It comes with a full BMW/specialist service history and reasonable mileage and was with its most recent owner for 16 years.