BACK TO ALL NEWS
Currently reading: Under the skin: the supercharged air pump tech set to clean up diesel's act
UP NEXT
Spending 48 hours touring in a Ferrari Roma

Under the skin: the supercharged air pump tech set to clean up diesel's act

Supercharging is the age-old method for boosting power by forcing air into an engine under pressure, feeding it with more oxygen to burn more fuel and generate more power. It has another use too: that of providing an excess air supply to promote cleaner combustion (rather than boost power), and in that role, as an air pump, one of the latest examples of its use is by Mazda on its Skyactiv petrol engines.

The latest application of supercharger technology as a ‘blower’ is by Tenneco, which has got together with supercharger manufacturer Eaton to develop a Cold Start Thermal Unit (CSTU) for diesel cars and trucks. The focus here is not on internal combustion but the exhaust system, and with Euro 7 regulations looming, the pressure remains on to reduce emissions.

Even if ultra-low-carbon synthetic fuels were to take off in a big way to reduce CO2 (and that’s a big ‘if’), there are still unwanted regulated emissions to get rid of, such as oxides of nitrogen.

NOx is produced when hydrocarbons are combusted with air and then oxygen and nitrogen combine to make oxides of nitrogen. More NOx is produced at higher temperatures, and diesel engines make more of it because they are lean-burn and generate high temperature hot spots in the combustion chamber.

Ironically, plenty of heat is also necessary for getting rid of NOx, but that heat is needed in the exhaust rather than the engine. Catalytic converters, including the latest diesel selective catalytic reduction (SCR) systems and diesel particulate filters (DPF) all need to reach high temperatures to work, but diesel exhaust is much cooler than that of a petrol engine due to the diesel’s high efficiency.

More of the fuel is converted into torque, rather than wasted as combustion heat. One way of getting around that is to use close-coupled catalytic converters, mounted as close to the engine as possible to capture exhaust gas before it can cool down. That works well, but packaging a close-coupled cat in the engine bay is awkward, and systems are still below peak efficiency in the first few seconds after cold start.

The new system combines a mini-burn Roots-type blower. ‘TVS’ stands for Twin Vortices, and the Roots brothers were the original inventors of the dual-rotor positive displacement pump concept.

(Incidentally, the Roots blower wasn’t invented to force-feed engines for increased power; it was originally intended as a blower for blast furnaces in the steel industry.) The blower pumps air through the CSTU burner, which injects and burns a small amount of fuel into the airstream, quickly heating the catalysts and DPF further downstream.

Once the SCR catalyst has reached 200- 250deg C, it can efficiently convert NOx to harmless nitrogen and water.

The system works well during the crucial start-up and warm-up phases when most emissions are generated and also when engines are left idling and start to cool. It can work in both light-duty vehicles (cars and vans) and heavy trucks, all of which will be subject to the much tighter Euro 7 rules when they come into force in 2024 and 2027 for cars and trucks respectively. 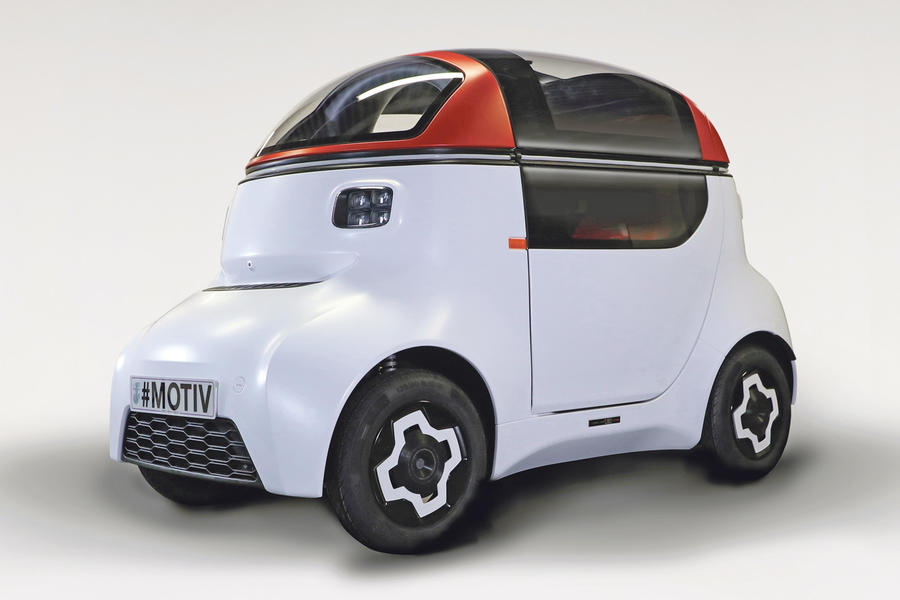 A consortium headed by Chippenham firm Carbon ThreeSixty is developing the Acrim-Wheel, claimed to be the world’s first commercially viable, low-cost lightweight all-composite wheel for niche and electric vehicles. The wheel is earmarked for tests on Gordon Murray Design’s Motiv autonomous vehicle and on a conventional car. A 15in wheel should weigh 50% less, reducing fuel consumption and CO2 emissions by 5%.

All sounds promising, gradually replacing previous generations of polluters with acceptable ones, can only help,along with EV, Hydrogen, to give us cleaner air to breath in the future.