BACK TO ALL NEWS
Currently reading: Volkswagen Golf GTI Clubsport S confirmed with 305bhp
UP NEXT
Alfa Romeo to revive GTV as an EV in sweeping range renewal

Lightweight model gets more power and 911 GT3-inspired set-up; will debut at Wörthersee Meet on 4 May and be built in limited numbers
Share
Open gallery
Close
Share story

Volkswagen has confirmed that its upcoming Golf GTI Clubsport S will make its public debut at the Wörthersee Meet in Austria next week.

The Clubsport S uses a 305bhp turbocharged 2.0-litre engine and ditches its rear seats to save weight, making it a more powerful, lighter version of the already trackworthy Clubsport.

The new hot model, which is more potent than even the Seat Leon Cupra 290, was spotted high-speed testing at the Nürburgring last week, and will go on sale later this year in limited production numbers. Volkswagen says 5000 units is the target. 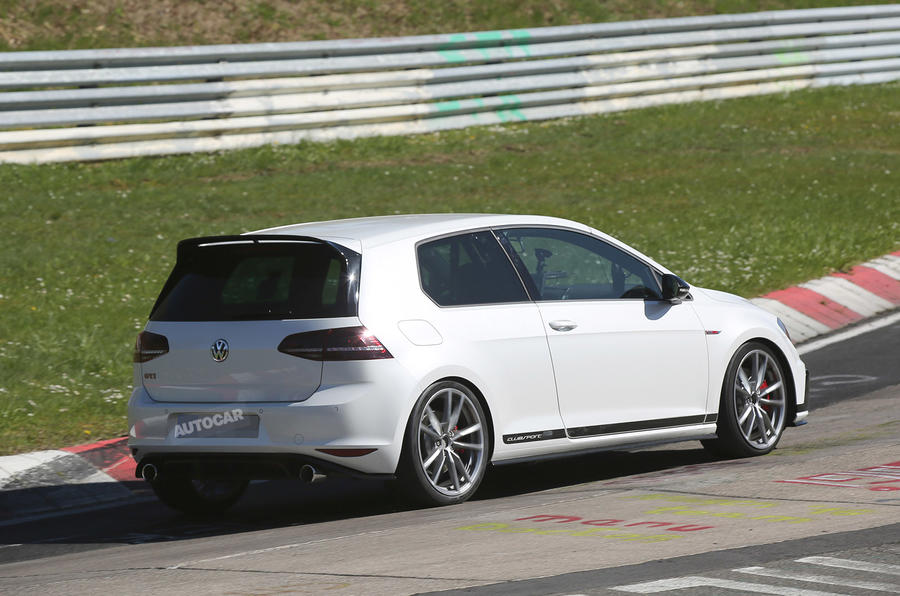 Autocar reported earlier this year that such a model was being considered for production, and the arrival of these new spy pictures confirmed it had already progressed to the latter stages of development.

The car is expected to get its own suspension and damper settings to match the extra power available, and it should weigh a fair bit less than the Clubsport’s 1375kg, too. 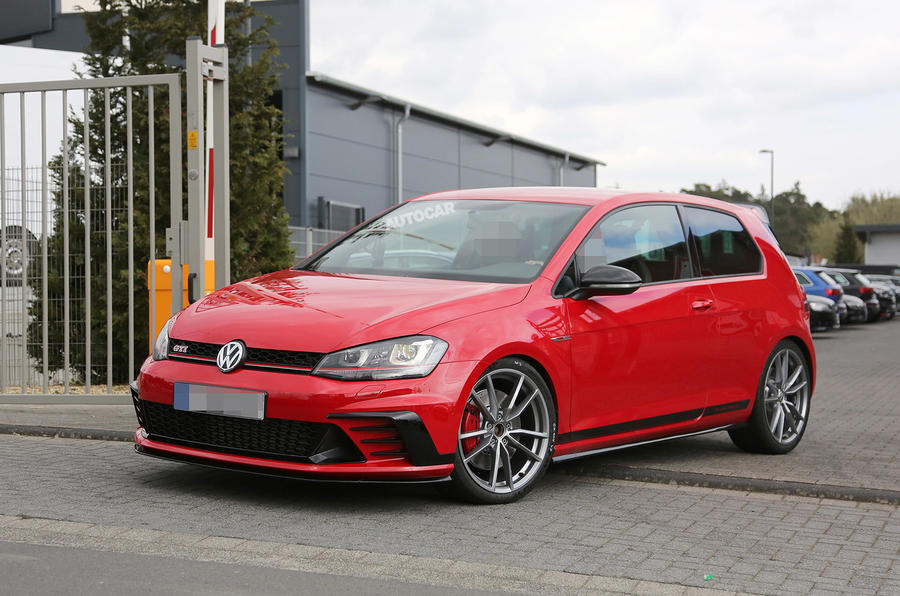 It’s thought the Porsche 911 GT3 Clubsport has provided inspiration for Volkswagen’s hot project, suggesting it’ll have a track-focused demeanour that should make it a serious rival for the similarly focused Renaultsport Megane 275, which is available with optional race-spec Öhlins dampers.

Volkswagen has so far remained tight-lipped about the Clubsport S's price, but given that production will be limited to around 5000 cars, we know it'll be comfortably priced above the regular Clubsport and current hottest Golf, the Golf R, which sells from £31,125.

I suspect it will be extremely expensive,

and still not a patch on the much cheaper and more powerful Focus RS, but they will sell as many as they can make because of the badge.
simonali 26 April 2016

An estate with no back seats?

An estate with no back seats? Isn't that essentially a van?!
bowsersheepdog 8 May 2016

Same amount of space either way

Couple of cushions and my dog won't mind what it's called.
bowsersheepdog 24 April 2016

I like that they've kept it nice and sleek, some manufacturers would have fallen for the temptation to festoon it with massive wings and other assorted aero bits, ruining the purity of the original design. An estate version would be immensely appealing.
View all comments (4)