The Jaguar XE has been updated with a new mild-hybrid powertrain option and the introduction of the Pivi Pro infotainment system, now being rolled out across the Jaguar Land Rover range.

The small saloon’s refresh comes at the same time as more dramatic changes for its XF sibling, as Jaguar looks to revamp the appeal of its saloon in the wake of poor sales, tough competition and the growing dominance of SUVs.

The three-strong powertrain line-up echoes that of the revised XF, with the highlight being the 201bhp 2.0-litre four-cylinder diesel employing a 48V mild-hybrid set-up, emitting 127g/km CO2 and getting up to 58.5mpg.

All powertrains use an eight-speed automatic gearbox. 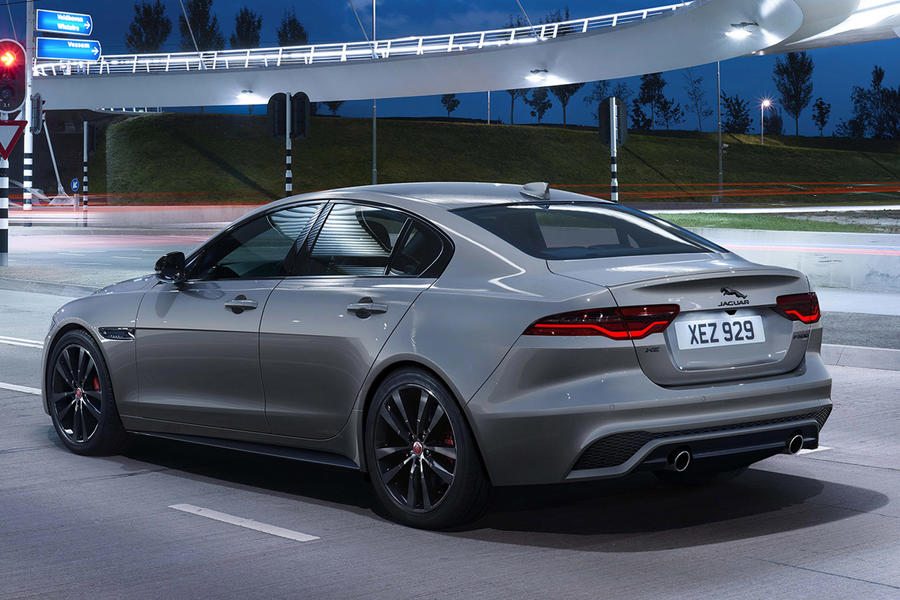 There are no exterior design changes, with the XE having been heavily updated last year, but those opting for the R-Dynamic Black trim will get black mirror caps and side sills. Inside, across the range, the XE receives an updated seat design and new split-rim steering wheel.

The Pivi Pro system is accessed through a 10.0in touchscreen and underpinned by Jaguar’s new electronic architecture, dubbed EVA 2.0, which also allows for over-the-air software updates and wireless smartphone charging. There's a new Guardian mode that allows customers to flag times the car will be inactive and receive alerts if it's used during this window.

In the same way as the XF, Jaguar has dramatically decreased the number of derivatives offered on the outgoing model - from 24 to 13 - in order to achieve cost efficiencies. Part of the same ‘browse, buy, drive away’ trial as the XF, the starting price has been cut from £34,600 to £29,365. Deliveries begin in early 2021.

Jaguar E-Type at 60: return to the Jabbeke Highway

The updates to the XE and XF are interesting but ultimately clearly designed as stop-gaps.  I see you are all postulating on what happens next.

Here's an alternative perspective, spread across two vehicles, for the future of Jag:

Vehicle 1: VW knows a thing or two about markets and the ID3 is clearly their new direction.  33 billion Euros spent on its development and the building of the new factory at Zwickau can't be wrong.  However, I think the ID3 isn't without fault.  200bhp and 1800kg in a vehicle costing £35000 with a range of only 220-odd miles as a blueprint for the new 'peoples car'.  Really?  Isn't this just a bit over-heated with a less than impressive range?  Proof, if any were needed, that all those lovely Audi A2 engineers are now gagged, or sacked, or both.

Jaguar should aim to build its own electric car in this segment, using its expertise in aluminium monocoque construction, with an emphasis on light-weighting.  The aim should be a similar sized car to the ID3, weighing as close to 1000kg as possible, having no more than 120bhp, with a range of at least 350 miles in the cheapest version and costing in the £20000 to £25000 range.  They'd sell world-wide by the boat load.  It would also avoid having to meet Euro 7 emissions regs, which VW are clearly cleverly getting ready to side-step.

Vehicle 2: JLR is the undisputed king of SUVs, so it needs to play to its strenghts and build an affordable car in this mould that will sell by the thousands.  It's already been mooted but I think its time to accelerate the development of the mini-Defender.  But the price needs to be right, ranging from £22000 to £28000.  Think of it as a Suzuki Jimny plus 25% all round in size, weight, space, refinement and capability, to give it wider appeal.  The engine could be a three cylinder Ingenium 1.5 litre petrol unit, with between 120 and 150bhp.

It will be interesting to see what direction Jaguar takes.

Reliable and a great drive

I have an xe and it will be 2 years old next week second service and no faults ! I have petrol and average 39 mpg mixed driving the car goes round corners like no other car I have had . This is the best car I have ever owned and I have had bmw 3 series Audi  a3 all of which had many faults though none as bad as a volvo v40.  People need to get down to the dealers get behind the wheel and discover how jaguars drive. Its the first car that I have owned where people are genuinely impressed and comment how nice it is. Pricing wise I got a large deposit contribution and 0% finance so the real price to a private driver has always been around the new price point anyway smoke and mirrors. As for residuals have a look on motor point to see how poor A4 and 3series residuals are and the amount available compared to jaguars, German  smoke and mirrors!

What a way to run a business.... instead of replacing the old girl you add a hybrid and slash the price? Great way to lose what few customers you have. New conquests, ha, ha, now your laughing!