BACK TO ALL NEWS
Currently reading: Prodrive P25 is uprated Subaru Impreza 22B with 400bhp
UP NEXT
Lotus Emira vs Porsche 718 Cayman

Prodrive P25 is uprated Subaru Impreza 22B with 400bhp

The Subaru Impreza 22B, one of the best-known and most celebrated homologation heroes of all time, will return in the form of a limited-run restomod engineered by Banbury-based Prodrive, the firm behind Subaru’s rallying success.

The Prodrive P25 has now been fully revealed - read all the details by clicking the link.

Previewed in a sketch, the P25 looks to be nearly identical to the road-going, rally-derived Subaru Impreza 22B of 1997 but is promised to be lighter, more powerful, and better handling. Just 25 will be made.

Power will come from a 400bhp 2.5-litre flat-four engine, which will be paired with a six-speed paddle-shift automatic gearbox and housed in a new carbonfibre chassis structure.

Prodrive described the car as “an icon redefined”, making it similar in its positioning to the Porsche 911 by Singer, the Ferrari 250 GTO-inspired RML Short Wheelbase and the Kimera Evo37.

It will be revealed 25 years after Prodrive produced its first car built to World Rally Car regulations after the Group A era, the Subaru Impreza WRC97. That car lost the drivers' championship by one point at the hands of Colin McRae but allowed Subaru to take the manufacturers’ championship. Just 16 examples of the road-going equivalent, the 22B, came to the UK – each with bespoke modifications by Prodrive.

“The original 22B Impreza is considered the most iconic of Subarus and highly sought after,” said Prodrive chairman, David Richards.

“We wanted to enhance everything that made that car so special by applying the very latest technology to create our own modern interpretation of a car that’s established a place in motoring history.” 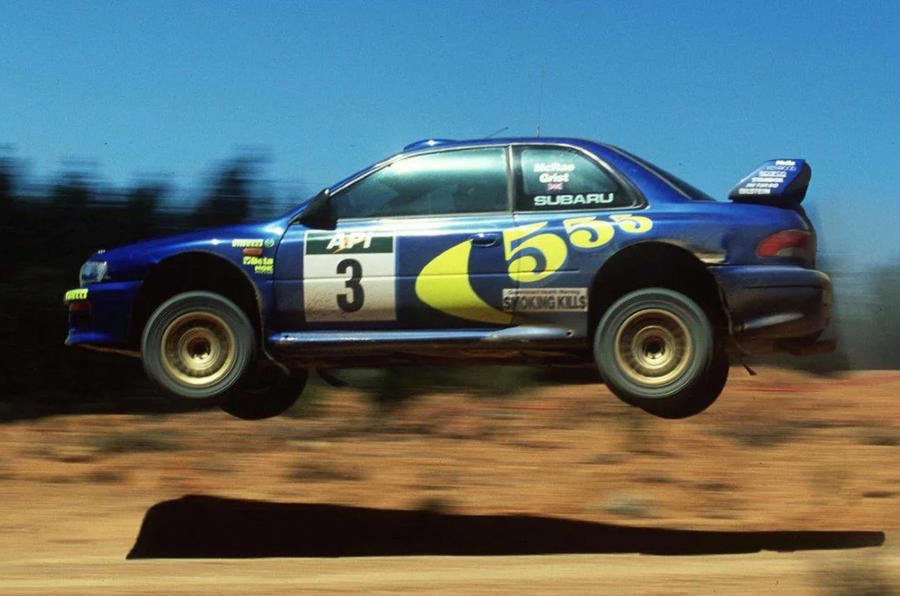 The P25 has been designed by Peter Stevens, who styled the 16 UK-bound variants of the Impreza 22B for Prodrive more than 25 years ago. The engineering of the car has been overseen by Prodrive technical director David Lapworth, who was responsible for the original Impreza WRC.

The firm said: “Twenty-five years since the first Subaru Impreza World Rally Car made its winning debut on the stages of the World Rally Championship, the Prodrive P25 recaptures the essence of that very Impreza, while taking inspiration from the 22B arguably the most iconic Impreza.”

The P25 will be fully revealed at the Goodwood Festival of Speed next month.

Log in or register to post comments
4rephill 2 June 2022
Priced at £552,000, they will all be bought by rich people, who will never drive them, but instead, park them up with zero miles on them, to sell them in 10 years time at twice what they paid for them.

It's like vintage wines that never get drunk - Not what they were designed for, and a complete waste!

Each time I look at this website I am beginning to wonder whether I have accidentally clicked on Guns&Ammo, rather than a CAR website.