BACK TO ALL NEWS
Currently reading: Porsche 911 special edition marks 50 years of Porsche Design
UP NEXT
Dacia bosses "fighting tooth and nail" to bring Spring EV to UK

Porsche is celebrating the 50th anniversary of its external design studio with a limited-run special edition of the Porsche 911.

Based on the 911 Targa GTS, the 911 Edition 50Y Porsche Design commemorates the golden jubilee of Porsche Design, founded by Ferdinand Alexander Porsche – grandson of company founder Ferdinand Porsche – in 1972.

Porsche Design was set up as a design studio to focus on designing a wide variety of objects, with the notable exception of cars. Over the years, it has designed and produced a range of sunglasses, watches and other leather goods, as well as providing design services for other brands, such as Panasonic. Finished in black with a contrasting stainless-steel roll hoop, the new 911 features a number of bespoke design details, such as the retro-style Sport-Tex seat centre panels and grey side stripes. 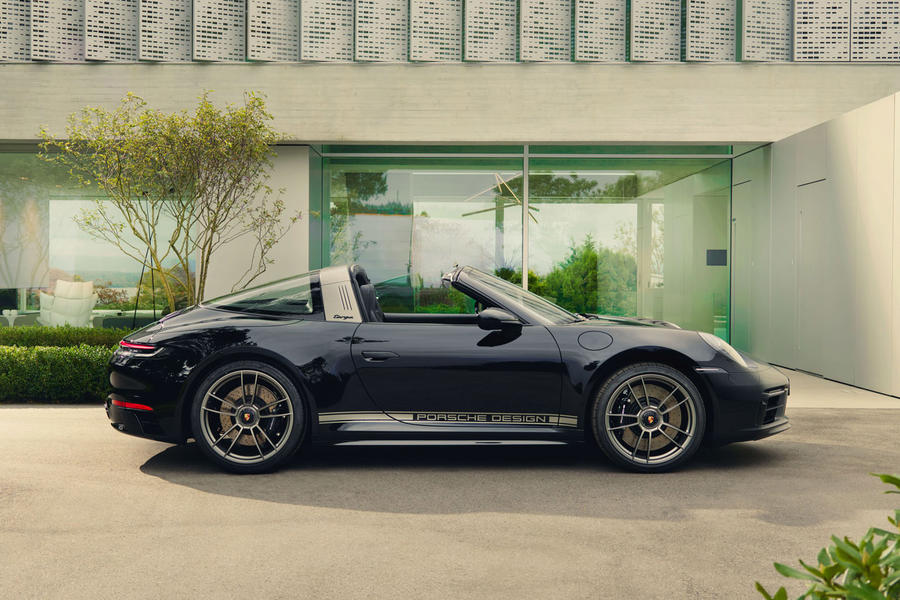 Mechanically, the car is identical to the standard 911 Targa GTS, retaining the 473bhp twin-turbocharged flat-six, meaning it will hit 62mph in 3.5sec and top out at 191mph.

Buyers will be given the option of either a eight-speed dual-clutch automatic (PDK) or a seven-speed manual gearbox.

Just 750 examples will be produced. The car is on sale now with a base price of £144,360, with deliveries due to begin in April.

Owners will be invited to develop their skills behind the wheel in "bespoke driving experiences" at the Silverstone Porsche Experience Centre. They will also be offered a special edition of the Porsche Design Chronograph I watch, which matches the car. 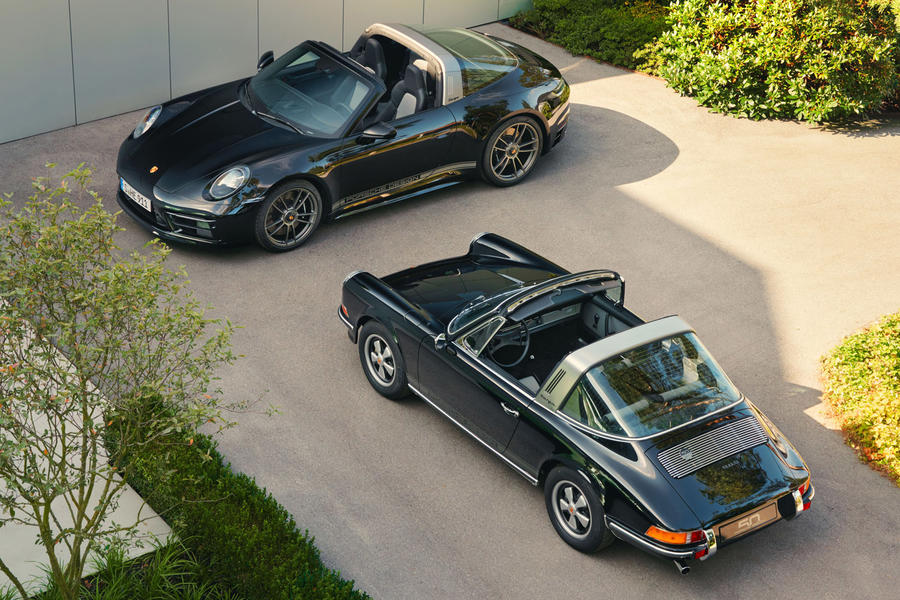 Built the year Porsche Design was founded, this Targa was originally a neglected 911 T 2.4 Targa, missing parts and in need of restoration. Porsche Classic has restored it to better-than-new condition, with the engine and the chassis being upgraded to 911 S specification.

“With the aid of the new Sonderwunsch [Special Wishes] programme, we were able to implement the idea of a unique pair of vehicles. The job of the designers and works restorers was to carefully transfer the specifications of the new car to the classic.”

Both the 911 S 2.4 Targa and the 911 Edition 50Y Porsche Design will be part of a special exhibition to celebrate Porsche Design, which will run in the Porsche Museum in Stuttgart until July.

So it's another special edition, in this price ranch they're a short term investment as opposed to BMW(America) who are doing their 760 V12 last edition as a hurrah for the simular money, wouldn't call the BMW a keeper an investment,but Cars like Porsche, Ferrari etc always sell.

It's a shame they didn't come up with a unique wheel design for it rather than just using the Turbo's wheel...