BACK TO ALL NEWS
Currently reading: New 2022 Citroen C5X goes on sale in the UK from £26,490
UP NEXT
Dacia bosses "fighting tooth and nail" to bring Spring EV to UK

Citroën’s segment-straddling new C5 X flagship is now available to order in the UK, priced from £26,490 and with a choice of petrol and plug-in hybrid powertrains.

Riding high but eschewing traditional SUV design cues for a saloon-aping silhouette and the claimed “versatility and practicality of a station wagon”, the C5 X majors on long-distance refinement and is expected to tempt buyers away from more conventional models in other segments. Some 25% of buyers are expected to switch from an estate car, while 21% will come from saloon models and 15% from small SUVs.

From launch, it will be offered with a choice of either 1.2- or 1.6-litre petrol engines producing 128bhp and 178bhp respectively, or a plug-in hybrid system – familiar from that used by the Citroën C5 Aircross – which produces 222bhp.

The C5 X Hybrid, available from £35,190, is equipped with a 12.4kWh battery pack good for a claimed 34 miles in EV mode. The 109bhp electric motor can also be used in tandem with the petrol unit for maximum output in Sport mode. 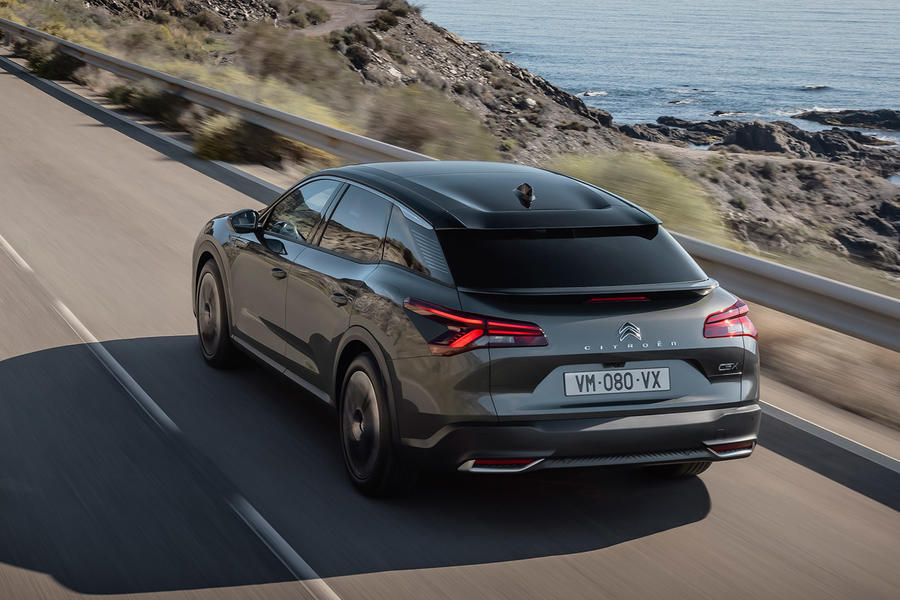 The entry-level Sense Plus trim – available with the lower-powered petrol engine or the PHEV – brings 19in alloy wheels, LED headlights, part-leather-effect Advanced Comfort seats and a 10in infotainment touchscreen with wireless smartphone mirroring, 3D navigation and a reversing camera.

The range-topping Shine Plus trim bumps the price up to £29,980 for its electrically adjustable and heated front seats, sound-deadening windows, motorised boot lid, blind spot detection and 360deg parking camera.

The model’s ‘X’ suffix refers to its market positioning at “the crossroad of customers’ needs”, according to Citroën, and it offers the raised ride height of an SUV, the extended rear cabin of an estate car and the “elegance” of a saloon.

Certain styling cues – most notably the LED headlight design – are inspired by the radical CXperience concept, which was shown in 2016 and with which the C5 X also shares its so-called ‘Advanced Comfort’ design ethos.

The new model was conceived to replicate the ‘magic carpet’ driving style of historic Citroën saloon cars such as the DS and CX. It uses a hydraulic cushion suspension set-up, Nearly new buying guide: as fitted to the C5 Aircross, for a ride that aims to “overcome all obstacles, potholes, kerbs, speed bumps and other road connections”. 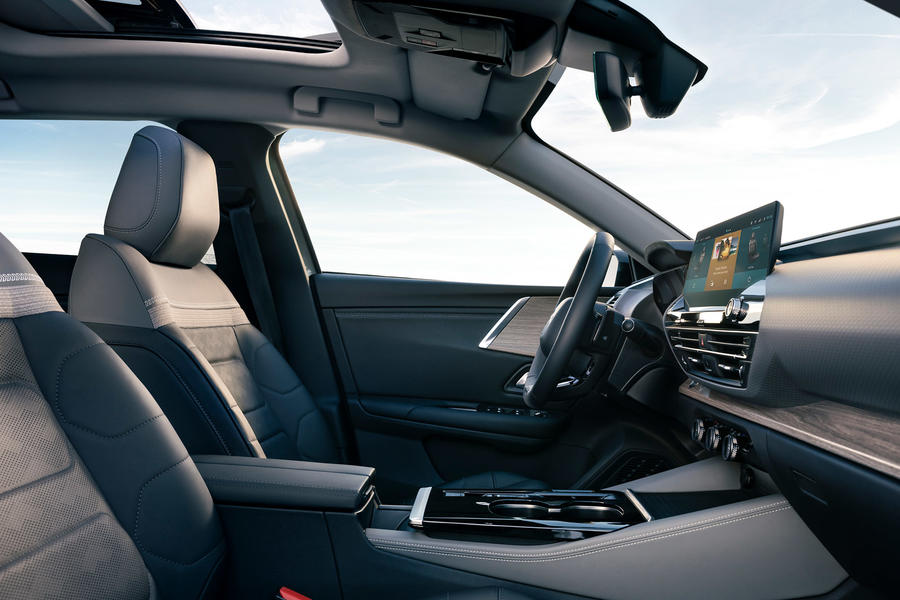 The plug-in hybrid version is equipped as standard with a drive mode selector giving a choice of three suspension settings. The Advanced Comfort design ethos is most prevalent in the cabin, which majors on space, luxury appeal and advanced technology and features Citroën’s new mattress-style Advanced Comfort seat designs.

Alongside the introduction of new technology, interior space and practicality was a priority for the design team, with Citroën highlighting the 2785mm wheelbase which allows “outstanding” rear seat space and a 545-litre boot – accessible via a low sill and with a flat floor for ease of loading. “It’s a car you want to drive, but you want to be driven in as well”, said designer Pierre Leclercq.

A panoramic roof and large windows are said to enhance brightness, and acoustic lamination for the front and rear windows on top-rung models helps to keep road noise down in the cabin.

Log in or register to post comments
cactus 17 January 2022
I love it. Can't wait to read the reviews. Possibly my next car. If the finance options don't work out well perhaps potentially high depreciation might...
si73 17 January 2022
That's not a lot of money for what appears to be a pretty large handsome car, not sure why 128bhp in the entry car is not considered enough? How fast do you need or want to go? It is probably pretty well specified as well,
catnip 17 January 2022

I quite like the look of this, far preferable to any of the DS designs. I'm struggling to work out its actual size and market position, though, especially when Citroen say it will tempt buyers away from small SUVs?