MG is bringing back the long-defunct XPower moniker for a hot version of its Chinese-market 6 saloon.

The name is familiar in the UK for its use on the ill-fated, V8-powered XPower SV sports coupé of 2003-2005 but hasn't been applied to an MG since.

Previewed in a post on China's Weibo social media platform, the 6 XPower is described as MG's "first official factory-modified model" since it was revived by Chinese car group SAIC. 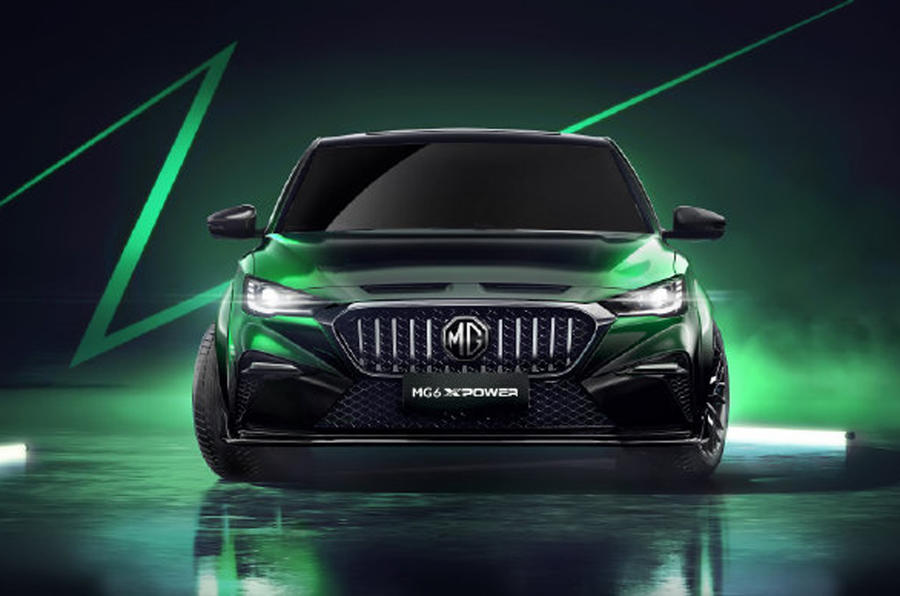 The company has given no word on modifications made to the powertrain, save for a promise of "racing-grade equipment" and describing the car as a "performance beast".

The pictured car uses an automatic gearbox, going by its shifter, but there's no word on its engine specification. A likely candidate would be an uprated version of the standard car's 1.5-litre turbocharged four-cylinder petrol engine.

The 6 was sold in the UK for its first generation, but slow sales prompted a market exit in 2016, and there has been no indication that MG is looking to import the second-generation car.

It's unclear whether the 6 XPower is a one-off or the first in a line of performance-oriented models from the Chinese brand.

Its unveiling comes following the recent debut of the Cyberster sports car concept, which has now been confirmed for production, and ahead of the reveal later this year of the Emotion electric sports coupé.

Revamped MG 6 proves itself to be an affordable and well-equipped saloon, albeit one hamstrung by an agricultural diesel engine

It has been reported that the Cyber name will be used for a new family of youth-focused MG models.

More information on the 6 XPower will be revealed in the coming weeks.

Savour that 18 yr old's modified Corsa whilst they still exist, few manufacturers are making the basic models for them to do that with any more. And they're still less noisy than the latest 'premium' models with their exhausts permanently in sports mode.

i should jolly well hope it gets a v10 in the bonnet for the sake of all that spoiler, massive wheels, brakes and fake carbonfibre.